Important: This story is categorized as an opinion piece. This means it bypasses ordinary fact checking and is likely based entirely on the authors opinion. Please see disclosure in author bio below story.
Boxing / UFC / MMAOpinionsSports 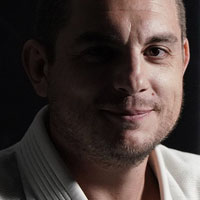 By Tom Muller On Jul 7, 2020
Share
How To Register and Own Website Addresses (.com, .net, .org, etc) For Under $20/year. [REGISTER DOMAIN NAMES]
To comply with FTC regulations, all links could lead to commissions paid to the publisher. Please see Advertising Disclosure in sidebar.

SMITHTOWN, NY – A police officer’s use of “chokeholds” to subdue a suspect resisting arrest is currently sweeping across the nation as the new great controversy, causing municipal, state and federal elected officials to propose legislation, which would essentially ban the use of them entirely.

As a lifelong martial artist, 4th degree black belt in Brazilian Jiu-Jitsu, retired undefeated MMA fighter, current trainer of Pro and Amateur MMA combatants and police officers, I believe that banning the use of choke holds by law enforcement would have a disastrous impact upon the safety of the public and police officers themselves. Allow me to explain why.

The chokehold is the ultimate equalizer.

It gives its user the ability to stop a much bigger and stronger adversary. If performed correctly it will exact the least amount of damage to both parties involved. The same cannot be said of the striking arts – including boxing, kickboxing and Thai-boxing.

In addition to my experience with my students, I have a personal understanding of the benefits of using a chokehold for self-defense. My 9-year-old son, whom I have trained in martial arts since he was three years old, does not possess the pure physical strength to stop a grown man attempting to harm him by using only strikes. His best and only chance would be to use a chokehold. Banning him from using it, obviously would be absurd.

Is this what Americans now facing a violent crime epidemic really want?

Editors note: Professor Tom Muller has now joined The Published Reporter® as a expert columnist. We are thankful he has joined our team of contributors to inform our readers while helping spotlight this critical issue as well as other issues which arise in the future. He is the owner of Muller BJJ Brazilian Jiu-Jitsu in Smithtown, New York.

Tom Muller is a 4th degree Black Belt in Brazilian Jiu-Jitsu, Pan-American Jiu-Jitsu Gold medalist and Ring of Combat Heavyweight Champion. He also has a Master’s Degree in Political science from CW Post LIU. Visit his website at MullerBJJ.com or email him at Tom@MullerBJJ.com.

Disclaimer (varies based on content, section, category, etc.): News articles on this site, especially those in the opinion category such as this one, may contain opinions of the author, and if opinion, may not necessarily reflect the views of the site itself nor the views of the owners of The Published Reporter. For more information on our editorial policies please view our editorial policies and guidelines section in addition to our fact checking policy and most importantly, our terms of service. All links on this site could lead to commissions paid to the publisher. Please see Advertising Disclosure in sidebar. Subscribe to Tom Muller (via RSS)

Tragedy to Triumph: An Update on Penny, One of Fauci’s…

Op-Ed: Will Barack Pressure Michele for a 2024 Run So He Can…

Melissa Martin, Ph.D.
Prev Next 1 of 678
You can support this publication by doing business with our website hosting provider. Funding for THE PUBLISHED REPORTER® graciously provided by SEARCHEN NETWORKS®
This site uses cookies for various purposes. We're legally required to request your consent. Click accept to close this message. If you do not agree, please immediately exit the service or click more to learn why.
Accept More
Privacy & Cookies