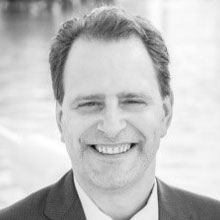 Richard Herman is a nationally renowned immigration lawyer, author, and activist. He has dedicated his life to advocating for immigrants and helping change the conversation on immigration. He is the founder of the Herman Legal Group, an immigration law firm launched in 1995 and recognized in U.S. World News & Report’s “Best Law Firms in America.” He is the co-author of the acclaimed book, Immigrant, Inc. Why Immigrant Entrepreneurs Are Driving the New Economy (John Wiley & Sons, 2009). Richard’s poignant commentary has been sought out by many national media outlets, including The New York Times, USA Today, BusinessWeek, Forbes, FOX News (The O’Reilly Factor), National Public Radio, Inc., National Lawyers Weekly, PC World, Computerworld, CIO, TechCrunch, Washington Times, San Francisco Chronicle and InformationWeek. He serves as counsel to the Consulate of Mexico, Michigan/Northern Ohio.

ICE Issues New Guidance on Prosecutorial Discretion; How Will It Affect Latinos and Others in…

Despite End of COVID Restrictions, New York Residents Still Fleeing for Florida in…

Florida Lawmaker Under Scrutiny After Alleged Threat Against Biden…

Arizona Resident to Plead Guilty for Ballot Trafficking During 2020…

WATCH: S.W.A.T. Team Takes Down Suspect With Armed Robot After…