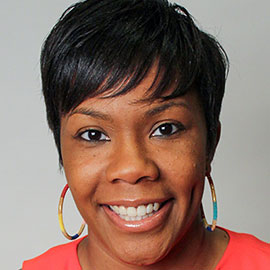 Op-Ed: Black Hair Matters: How Going Natural Made Me Visible

Cara Anthony Nov 13, 2020
KHN Midwest correspondent Cara Anthony poses for a photo with her daughter on Aug. 29 (left), and shows off her buzz cut after a trip to the salon in June (right). Three months into the pandemic, Anthony said goodbye to chemically…
Health

Cara Anthony Apr 16, 2020
Ninety-two-year-old twins and neighbors Edna Mayes (left) and Ethel Sylvester, of East St. Louis, Illinois, are relying on each other through the COVID-19 pandemic. Following a recent hospital stay sparked by Sylvester’s fear that she had…
Health

‘Staying Away From Grandma’ Isn’t An Option In Multigenerational Homes

You can support this publication by doing business with our website hosting provider. Funding for THE PUBLISHED REPORTER® graciously provided by SEARCHEN NETWORKS®
This site uses cookies for various purposes. We're legally required to request your consent. Click accept to close this message. If you do not agree, please immediately exit the service or click more to learn why.
Accept More
Privacy & Cookies