Important: This story is categorized as an opinion piece. This means it bypasses ordinary fact checking and is likely based entirely on the authors opinion. Please see disclosure in author bio below story.
CrimeOpinionsPolitics 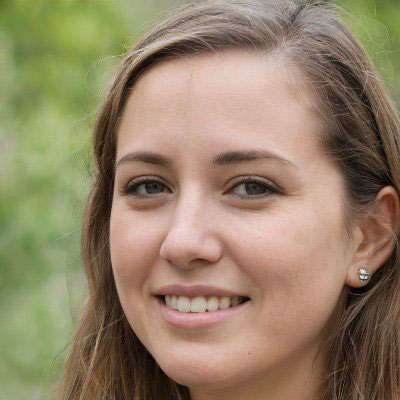 By Emily Thompson On Jan 18, 2023
Share
How To Register and Own Website Addresses (.com, .net, .org, etc) For Under $20/year. [REGISTER DOMAIN NAMES]
To comply with FTC regulations, all links could lead to commissions paid to the publisher. Please see Advertising Disclosure in sidebar.

NEW YORK, NY – U.S. President Joe Biden’s recent mishandling of classified documents is just the latest example of a troubling trend among politicians as news recently broke of files that were found at his former private office and sensitive papers were discovered in the garage of his home in Delaware, stored in a box next to his 1960s Corvette sports car.

The discovery of classified documents at both Biden’s office and private residence has raised serious concerns about the handling of sensitive information by the current administration.

The first set of files was found in a locked closet of the Penn Biden Center for Diplomacy and Global Engagement, a think tank in Washington, by Biden’s lawyers. The second tranche was discovered later in the garage of Biden’s home in Wilmington, Delaware. A single-page document was also found in an adjacent room.

These discoveries raise questions about who had access to these locations and how securely the files were stored. Congressional Republicans have called for access to visitor logs for Biden’s homes, citing the discovery of classified files at one of his residences as a national security risk. However, the Biden team has responded, saying they did not keep visitor logs at Biden’s private home.

Biden has stated these mishaps do not align with his personal standards and that he takes classified material seriously, but his actions speak differently. This is not the first time that a politician has been caught mishandling sensitive material. With former President Donald Trump’s Mar-a-Lago raid as a case in point, many statesmen have gotten in trouble for not following security protocol, though it appears the FBI and Department of Justice treat Democrats differently than Republicans.

Let’s not forget the revelation in the autumn of 2020, weeks before the presidential election, that Hillary Clinton had stored work emails on a personal server when she was Secretary of State. The FBI investigated, and she was cleared of criminal wrongdoing.

Although her aides were chastised for being “extremely careless”, it was found she did not knowingly share sensitive information. Whether this is true or not remains unclear and likely will forever. In the minds of many Republicans, Clinton has certainly created another stain on her already failed reputation.

According to Tom Blanton, who runs the National Security Archive, an independent repository of government documents based at George Washington University, “misplacing classified documents is very common and happens all the time.”

This sounds more like a soft excuse to help Biden cover up his own mistake at a time when Democrats are furious about the documents Trump had in his possession. Comparing both incidents side-by-side, there are obvious differences of course, but much of the media silence and excuses over Biden’s case stands in stark contrast to the cacophony over Trump.

For many, the real issue is not just that these mistakes are happening, but how they are being handled after they are discovered. The proper way to handle these situations is to notify the authorities and make sure that the documents are properly returned to the relevant government entity and taken away from the unauthorized location. But the Biden administration obfuscated and hid the fact that documents were discovered so as not to hurt their chances at the midterms.

The White House has stated that they reported the discovery to the National Archives on the same day it was made, November 2. The National Archives retrieved the materials on November 3 and referred the matter to the justice department. It is important to note that the reason for this delay in acknowledging the discovery of these documents and the handling of it is still under investigation.

It is clear that there is a lack of accountability and responsibility among politicians when it comes to handling classified information. It is time for stricter consequences and more rigorous training to be implemented to ensure that these careless mistakes do not continue to happen. It is also time for the scrutiny leveled at politicians to be fair whether they are Republican or Democrat.

It is crucial that the investigation into this matter is thorough and that any mishandling of classified information is taken seriously. The American people deserve to know that their leaders are taking the proper steps to protect sensitive information.

Disclaimer (varies based on content, section, category, etc.): Charges are accusations and defendants are presumed innocent until proven guilty in a court of law. News articles on this site, especially those in the opinion category such as this one, may contain opinions of the author, and if opinion, may not necessarily reflect the views of the site itself nor the views of the owners of The Published Reporter. For more information on our editorial policies please view our editorial policies and guidelines section in addition to our fact checking policy and most importantly, our terms of service. All links on this site could lead to commissions paid to the publisher. Please see Advertising Disclosure in sidebar. Subscribe to Emily Thompson (via RSS)

Op-Ed: Isolating A Child From Other Children Is Abusive

Op-Ed: Will Barack Pressure Michele for a 2024 Run So He Can Continue Being A Closet…

Op-Ed: Busted – The Only Two Studies Used by The Tyrannical Transgender…

COPS: Airport Detectives Charge Man With 143 Counts of Burglary For…

Christopher Boyle
Prev Next 1 of 2,062
This site uses cookies for various purposes. We're legally required to request your consent. Click accept to close this message. If you do not agree, please immediately exit the service or click more to learn why.
Accept More
Privacy & Cookies