Important: This story is categorized as an opinion piece. This means it bypasses ordinary fact checking and is likely based entirely on the authors opinion. Please see disclosure in author bio below story.
BusinessFinanceOpinions 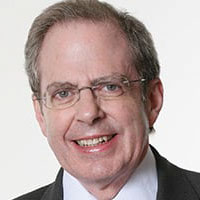 By Stephen Leeb PhD On Jan 16, 2023
Share
How To Register and Own Website Addresses (.com, .net, .org, etc) For Under $20/year. [REGISTER DOMAIN NAMES]
To comply with FTC regulations, all links could lead to commissions paid to the publisher. Please see Advertising Disclosure in sidebar.

NEW YORK, NY – The bipartisan CHIPS and Science Act of 2022 will counter China by strengthening American manufacturing and supply chains in efforts to secure the United States as a bold leader in the industries of tomorrow, including nanotechnology, clean energy, quantum computing, and artificial intelligence.

The CHIPS and Science Act will boost American semiconductor research, development, and production, ensuring U.S. leadership in the technology that forms the foundation of everything from automobiles to household appliances to defense systems. America invented the semiconductor, but today produces about 10 percent of the world’s supply—and none of the most advanced chips. Instead, we rely on East Asia for 75 percent of global production.

The CHIPS and Science Act will unlock hundreds of billions more in private sector semiconductor investment across the country, including production essential to national defense and critical sectors. The CHIPS and Science Act provides $52.7 billion for American semiconductor research, development, manufacturing, and workforce development. This includes $39 billion in manufacturing incentives, including $2 billion for the legacy chips used in automobiles and defense systems, $13.2 billion in R&D and workforce development, and $500 million to provide for international information communications technology security and semiconductor supply chain activities. It also provides a 25 percent investment tax credit for capital expenses for manufacturing of semiconductors and related equipment.

Aside from the incentive provided by the CHIPS and Science Act, there are a few more reasons why investors might want to remain bullish on semiconductor stocks in 2023 and beyond. Taiwan Semiconductor (TSM) expects annual revenue growth of 15% to 20% in the coming years, which is double what it estimated earlier. To achieve that, it needs to make more chips to satisfy booming demand, and it needs to invest in equipment so that it can ramp up production. The big jump in the company’s planned spending to meet that need bodes well for Applied Materials (AMAT) and ASML Holding (ASML), which both supply semiconductor manufacturing equipment to Taiwan Semi.

Applied Materials, Inc. has announced its intention to make multi-billion-dollar investments in its innovation infrastructure in the United States and to expand its global manufacturing capacity between now and 2030. These investments will enhance customer collaboration to accelerate improvements in semiconductor performance, power and cost – and enable the company to increase equipment manufacturing capacity as the digital transformation of the economy creates the opportunity for a $1 trillion semiconductor market.

At the heart of these investments, the scale of which will be contingent upon receiving government support, Applied Materials plans to build a next-generation R&D center in Sunnyvale, California. This high-velocity innovation platform will be dedicated to advancing materials engineering, foundational semiconductor technologies and process equipment. The Silicon Valley center will play a central role in collaborative research and development with all the world’s major chipmakers, bolster university partnerships, and be capable of engaging with a future U.S. National Semiconductor Technology Center. Applied expects to make this investment with support from the U.S. government through provisions of the CHIPS and Science Act and the State of California through the Governor’s Office of Business and Economic Development (GO-Biz) California Competes Grant awarded earlier this year. An event to mark the launch of this investment is planned for early 2023 in Silicon Valley.

The Next Generation of eBeam Technology

Chipmakers use eBeam technology to identify and characterize defects that are too small to be seen with optical systems. Finding surface and buried defects is becoming increasingly challenging as chipmakers push the limits of 2D logic and DRAM scaling using EUV lithography and transition to complex 3D architectures like GAA logic transistors and 3D NAND memories. Recently, Applied Materials made a serious breakthrough in eBeam imaging resolution and speed that will enable chipmakers to accelerate chip development and make greater use of eBeam technology in high-volume manufacturing.

PrimeVision 10 Defect Inspection System: The PrimeVision 10 system is a new addition to Applied’s eBeam product portfolio. The system features nanometer-scale resolution for detecting tiny defects on the surface of wafers, as well as 3D detection technology that finds yield-critical defects buried in 3D GAA structures and high-aspect-ratio memory devices. With its high eBeam density, the PrimeVision 10 system can generate high-resolution images up to 10X faster than TFE-based eBeam inspection systems.

Disclaimer (varies based on content, section, category, etc.): News articles on this site, especially those in the opinion category such as this one, may contain opinions of the author, and if opinion, may not necessarily reflect the views of the site itself nor the views of the owners of The Published Reporter. For more information on our editorial policies please view our editorial policies and guidelines section in addition to our fact checking policy and most importantly, our terms of service. All links on this site could lead to commissions paid to the publisher. Please see Advertising Disclosure in sidebar. Subscribe to Stephen Leeb PhD (via RSS)

Tragedy to Triumph: An Update on Penny, One of Fauci’s Surviving Beagles, Now in…

Op-Ed: Will Barack Pressure Michele for a 2024 Run So He Can Continue Being A Closet…

Op-Ed: Busted – The Only Two Studies Used by The Tyrannical…

Ohio Trans Woman Charged with Exposing Themselves to Minor…

Melissa Martin, Ph.D.
Prev Next 1 of 1,077
This site uses cookies for various purposes. We're legally required to request your consent. Click accept to close this message. If you do not agree, please immediately exit the service or click more to learn why.
Accept More
Privacy & Cookies