Important: This story is categorized as an opinion piece. This means it bypasses ordinary fact checking and is likely based entirely on the authors opinion. Please see disclosure in author bio below story.
OpinionsReligionSociety 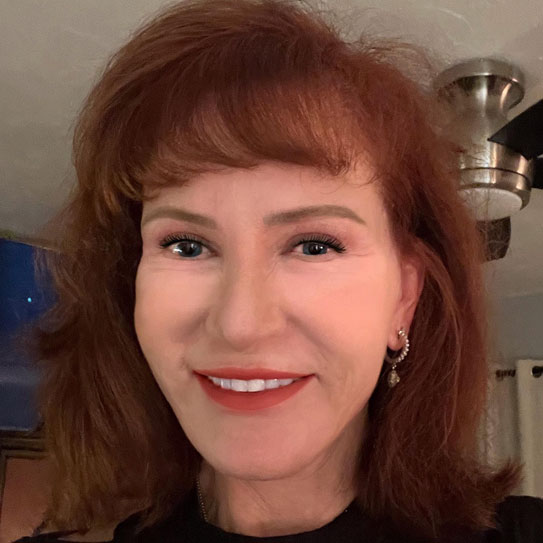 By Paula Nelms On Jun 26, 2022
Share
How To Register and Own Website Addresses (.com, .net, .org, etc) For Under $20/year. [REGISTER DOMAIN NAMES]
To comply with FTC regulations, all links could lead to commissions paid to the publisher. Please see Advertising Disclosure in sidebar.

MANATEE COUNTY, FL –  The June 24, 2022 Supreme Court’s decision to overturn Roe V. Wade and return it to it’s rightful place, back to each state legislative hands, was a Constitutionally correct decision. One of several reversals over the past two weeks showing this Court of Justices are strong Constitutionalists. Decisions that have most liberals literally melting down. And, I began to ask myself why?

For the last 30+ days Democrats have been hammering at the 2nd Amendment, demanding for more gun reform, and/or Red Flag Laws, because of their position that “guns are killing children.” This came after the Uvalade mass shooting on May 24, 2022, where 19 children and two adults were gunned down by an 18 year old with a history of mental illness.

In my last OpEd piece, this writer asked a myriad of questions, the most crucial were “how did an 18 year old obtain two $5,000 firearms, $2,000 in protective gear, along with a $17,000 truck?” Questions that have largely been ignored by both politicians and mainstream media. It is my position that further gun reform is not the answer; but, that we must address the massive mental health issues plaguing our nation.

On June 23, 2022 the Supreme Court struck down a New York state law requiring applicants for a license to carry a gun outside of their homes to have a “proper cause” to do so. The court said the law violated the Second Amendment.

Going back to this weeks Supreme Court decision, we have seen a literal vitriolic collapse from Democratic politicians. Nancy Pelosi, a “practicing” Catholic who has been denied Holy Communion based upon her vocal stance on abortion, made the Supreme Court’s decision a partisan issue by stating, “Today, the Republican-controlled Supreme Court has achieved the GOP’s dark and extreme goal of ripping away women’s right to make their own reproductive health decisions. Because of Donald Trump, Mitch McConnell, the Republican Party and their supermajority on the Supreme Court, American women today have less freedom than their mothers.”

California Congresswoman Maxine Waters publicly incited insurrection by stating that “You ain’t seen nothing yet. Women are going to control their bodies no matter how they try and stop [us]. The hell with the Supreme Court. We will defy them.”

Michelle Obama went so far as to say, “I am heartbroken for people around this country who just lost the fundamental right to make informed decisions about their own bodies. I am heartbroken that we may now be destined to learn the painful lessons of a time before Roe was made law of the land — a time when women risked losing their lives getting illegal abortions. A time when the government denied women control over their reproductive functions, forced them to move forward with pregnancies they didn’t want, and then abandoned them once their babies were born. This is what our mothers and grandmothers and great-grandmothers lived through, and now here we are again.”

My immediate response is that each of these leftist politicians are deceiving their followers; and putting them at risk of violating federal law. These female politicians aren’t fully educating people on hard contraception facts, which have the ability to obstruct conception. The following are historical documented and available forms of contraception:

So, even with the plethora of contraceptives made available to United States women prior to the landmark Roe v. Wade decision of 1973, women have failed to become educated on the vast medical opportunities available to avoid conception. So much so, that Roe v. Wade literally opened the doors in the 1970s to abortion being used as a form of “birth control,” thus creating a lackadaisical approach to responsible and preventative birth control. If not true, then with all of the ability to before and after protect a woman from pregnancy, why the outrage over the Supreme Court handing this decision back to the states?

Do these political powerhouses not understand that the Framers of the Constitution made the 10th Amendment, which states “The powers not delegated to the United States by the Constitution, nor prohibited by it to the States, are reserved to the States respectively, or to the people?” Or, why the Framers made this Amendment? Simply put, the Framers could not foresee the changes that would take place in the world in terms of weapons, technology or medical science. As such, they believed that the Federal Government should have limited reach on such subjects, and left those decisions for individual states to govern.

So, this uninformed “outrage” boils down to the desire to have the ability to murder the most defenseless of all human beings: An unborn baby.

Here’s the rub for this writer: Isn’t it odd that for the last 30+ days Democrats have been doing a “full court press” over “guns” killing kids; but, on June 24th, they’ve reversed that mindset because they can’t kill babies?

Only in a dystopian society could that statement even be real and true!

It would seem that the most fundamental key for women is learning how to practice “safe sex.” There are far worse consequences than pregnancy, such as irreversible venereal diseases. Setting that aside, the free and available use of contraceptives makes this outrage ludicrous. And, of course there’s always the ability to cross into state lines that will continue to support abortion.

May the leftists angered over this decision not succumb to rioting, looting, burning, maiming or murdering, as they have in the past. These violent and unconstitutional protests are acts of INSURRECTIONs and violate the 1st Amendment. The position of “My Body, My Choice,” no longer counts after the current President “mandated” untested COVID vaccines in the United States, thus forcing massive resignations, as well as loss of livelihoods. The left cannot have it both ways.

This writer is taking the rest of the day off to pray for the souls of the over 63 million human lives that were cut short since Roe v. Wade.

I will also be praying that our nation begin to heal and rightfully respect that it is not a character flaw if a person doesn’t agree with you, and respecting another person’s opinion doesn’t take away from yours. There are solutions to every problem, let’s stop making problems for every solution. Yesterday was a win for a humane society.

Disclaimer (varies based on content, section, category, etc.): News articles on this site, especially those in the opinion category such as this one, may contain opinions of the author, and if opinion, may not necessarily reflect the views of the site itself nor the views of the owners of The Published Reporter. For more information on our editorial policies please view our editorial policies and guidelines section in addition to our fact checking policy and most importantly, our terms of service. All links on this site could lead to commissions paid to the publisher. Please see Advertising Disclosure in sidebar. Subscribe to Paula Nelms (via RSS)

In Florida, Critics Say Pregnancy is Only Option for GOP Leaders

Joe Mcdermott
Prev Next 1 of 2,166
You can support this publication by doing business with our website hosting provider. Funding for THE PUBLISHED REPORTER® graciously provided by SEARCHEN NETWORKS®
This site uses cookies for various purposes. We're legally required to request your consent. Click accept to close this message. If you do not agree, please immediately exit the service or click more to learn why.
Accept More
Privacy & Cookies