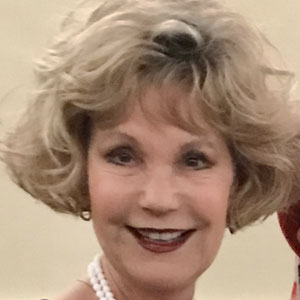 By Barbara Jensen On Jan 21, 2022
Share
How To Register and Own Website Addresses (.com, .net, .org, etc) For Under $20/year. [REGISTER DOMAIN NAMES]
To comply with FTC regulations, all links could lead to commissions paid to the publisher. Please see Advertising Disclosure in sidebar.

SACRAMENTO, CA – For the last several years, I have been actively involved in the political arena. I have served as Senior Ambassador / Community Liaison for my state Assemblymember Heath Flora, as a CAGOP state delegate, as a delegate to the 2016 RNC Convention, and volunteered on at least a half dozen campaigns.

It may seem strange that I am now writing about a recall that took place in Los Angeles, but for too long conservatives in California have missed what the progressive liberals have understood all too well – politics is a team sport. If California is ever to have a hope of moving towards some semblance of common sense, we need to unite and work together on those issues that affect us all.

We need to recognize that as go Los Angeles and San Francisco so goes the state, and we must put up a better fight to stop the spread from those now crime-ridden areas to the rest of the state. In that effort, we must stop the circular firing squad amongst teammates. We must also radically cut the grifters from the team who only consume resources and drag the team down to last place.

These self-serving players who think that having been on the team for years guarantees their starter spot in actuality act like coyotes who prey on conservatives so desperate for something to be done that they tolerate the most abysmal half-baked efforts from their players. Why? Because allegedly no one else is taking the field.

Well, the time has come to bench the “starters” for failing to do what needs to be done – the basics: drill, practice, show up, and make the plays. This isn’t the same game from years ago when these same “players” tout their victories from yesteryear. This is now a bareknuckle, no holds barred game that requires leaving it all on the field. No longer is it okay for the middle aged, overweight, former quarterbacks to just put on the uniform and live the distant, nostalgic memories of past Homecoming games. We the fans must demand more from our team!

This brings us to the recent case in point, the recall of LA City Councilmember Mike Bonin. Mike Bonin’s failed policies have been pathetic, particularly as they relate to homelessness, and homelessness is one of the issues most pressing to the whole state. The homelessness issues are fostering rising effects on crime, most recently and most tragically even seeing the death of 24-year-old Brianna Kupfer, who was killed by the repeatedly arrested homeless man Shawn Laval Smith. The Prop 47 policies touted by both Bonin and proposition architect George Gascon have caused criminals like Smith to be turned back out into society, now resulting in this tragic death.

With such atrocities happening, getting the recall of Bonin on to the ballot should have been an achievable goal. It only needed 27,317 qualified signatures. The campaign turned in 39,188 signatures; even at a 70% qualification rate it should have made it. Unfortunately, the campaign used the sub-par collection efforts of Silverstreak Connect, LLC with results that came in at barely a 66% qualification rate.

Recall Bonin wasn’t the only campaign to rely on this company. The consultants from Venture Strategic also praised, lauded, and paid handsomely for Silvertreak on their Recall George Gascon campaign efforts. Of course, on that campaign they didn’t bother to turn in a single signature, so we don’t even know how badly the effort was botched. Then when grassroots supporters rose up and demanded accountability, they ended up getting attacked. Even more concerning is that the rebooted campaign, still under Venture’s questionable management control, has given no indication whatsoever that they would even be looking to a new signature collection firm despite these failures.

So, I for one have had enough and think it’s time that we stop being so desperate for just anything to be done that we keep empowering the likes of Venture and Silverstreak to waste hundreds of thousands of dollars yet still fail to deliver on results. Maybe together, we the fans can force our team to draft better players, bench the money-grubbing, parasitic, Prima Donnas player, and play to win. In whatever way I can help to facilitate this, I will continue to do so. I hope you will join this fan in the quest for a truly winning team!

Barbara Jensen, a retired community college English teacher who continues to serve her community. After retiring, she served as Senior Ambassador / Community Liaison for Assemblymember Heath Flora, a delegate to CAGOP, a delegate to the 2016 Republican National Convention, and a staffer on a local congressional campaign. She currently serves as Volunteers Coordinator for a local sheriff's re-election campaign, Parks and Recreation Commissioner for her city, and a member of California Women for Agriculture among other volunteer activities. She is a wife, mother, and grandmother. In her spare time, she tutors underprepared students and proofreads and edits articles and books.

Disclaimer (varies based on content, section, category, etc.): News articles on this site, especially those in the opinion category, may contain opinions of the author, and if opinion, may not necessarily reflect the views of the site itself nor the views of the owners of The Published Reporter. For more information on our editorial policies please view our editorial policies and guidelines section in addition to our fact checking policy and most importantly, our terms of service. All links on this site could lead to commissions paid to the publisher. Please see Advertising Disclosure in sidebar. Subscribe to Barbara Jensen (via RSS)

“Defeat The Mandates March” To Be Held In D.C., Sunday, January 23, At The Lincoln Memorial; World Wide Rally for Freedom Same Day

Op-Ed: People of Faith Must Speak Out Now Against the Tyrannical Takeover of USA

Op-Ed: Is An Internet Blackout/Shutdown from the Oval Office on the…

Op-Ed: Should Parents Have a Say in Children’s Elementary School…

Op-Ed: Why Is Joe Biden Supporting Mexican Drug and…

Op-Ed: Ditch The United Nations and The World Health…