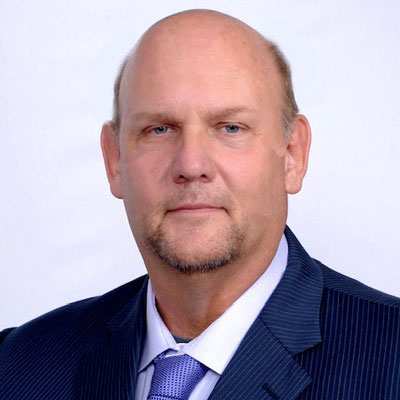 By Douglas E. Jensen On Dec 15, 2021
Share
How To Register and Own Website Addresses (.com, .net, .org, etc) For Under $20/year. [REGISTER DOMAIN NAMES]
To comply with FTC regulations, all links could lead to commissions paid to the publisher. Please see Advertising Disclosure in sidebar.

DENVER, CO – A recent surge in demand for mortgage refinances due to interest rates that had dropped to historically-low levels due to an initial scare caused by the COVID-19 Omicrom variant caused borrowers to rush to lenders in droves. However, those interest rates – along with the stock market – have resumed their climb after approximately a four day lull, and are currently see-sawing, indicating that if borrowers want to, in fact, borrow… the time to do so is now before rates jump again.

The swings in mortgage interest rates in recent days have resulted in the average contract rate for a 30-year fixed rate mortgage with conforming loan balances of up to $548,250 or less to hang on currently at 3.30 percent, with points remaining at 0.39, including the origination fee when it comes to loans with a 20 percent down payment.

The amount of applications submitted for home refinancing loans dropped 6% this week, and represented a decrease of 41% from the same period in time one year prior; in 2020, interest rates were approximately 45 basis points lower. As a result, experts say, fewer homeowners have as strong of an incentive to refinance, given the current rates.

About one-third of borrowers have been refinancing loans with interest rates lower than 3%, reports say, with a larger number having rates between 3 and 3.5%; on average, in order to make home loan refinancing worth the cost, borrowers need to cut approximately 50 basis points off of the rate they currently have.

Week to week, mortgage applications in order to purchase a home jumped only 1% week to week, which represents a 9% decrease over the same period of time in 2020. Housing supply nationwide is currently low and prices continue to drive upward, but regardless demand continues. However, it remains to be seen if that trend continues if the degree that both mortgage rates and home prices are increasing do not abate at some point, especially when you take into consideration the limited resources that first-time homebuyers typically have at their disposal.

As of Wednesday, mortgage rates have remained stable and steady, but this afternoon the Federal Reserve is set to make an announcement on monetary policy, which can be the catalyst for significant change when it comes to home loan rates. Mortgage rates don’t normally align with the fed funds rate, but they can indeed be heavily influenced by the government’s purchases of bonds that are backed by mortgages. Support for those bonds in the midst of the COVID-19 pandemic caused several periods of historically-low mortgage interest rates that, in turn, spiked a rash of home purchases across the nation. However, experts anticipate that will not be the case as of this upcoming announcement.

Instead, experts foresee an announcement that will signal an immediate wind-down of the Fed’s bond-buying programs. Whatever the announced end-date will be for bond-buying will likely signify the frame of time in which the Fed is anticipating increasing rates for the first time since slashing them to zero when the pandemic first started.

From that point, interest rates will only go up, so if you’re thinking about getting a mortgage for a home purchase or to refinance an existing loan, it’s probably better to do so sooner rather than later.

PulteGroup Announces Final Homesites At The Trails At Grand…

Republicans to Pass Bill to Challenge Biden Rule That…

Christopher Boyle
Prev Next 1 of 467
You can support this publication by doing business with our website hosting provider. Funding for THE PUBLISHED REPORTER® graciously provided by SEARCHEN NETWORKS®
This site uses cookies for various purposes. We're legally required to request your consent. Click accept to close this message. If you do not agree, please immediately exit the service or click more to learn why.
Accept More
Privacy & Cookies