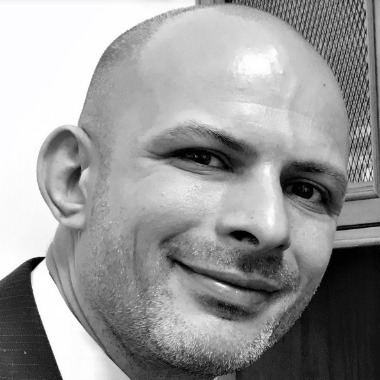 By Nicholas Giordano On Mar 16, 2021
Share
How To Register and Own Website Addresses (.com, .net, .org, etc) For Under $20/year. [REGISTER DOMAIN NAMES]
To comply with FTC regulations, all links could lead to commissions paid to the publisher. Please see Advertising Disclosure in sidebar.

MEDFORD, NY – Do you as parents, grandparents, other caregivers, or even concerned citizens realize that you have the legal right to sit in on a classroom lesson being given to your youngster? Do you realize the powerful platform this gives you in reporting back the incorrect, non-factual, even nonsensical information and disinformation being fed to these young minds, by some teachers, in order to socially engineer society?

Today, many of us feel helpless that if we “complain” both the child and parents will be ostracized and stigmatized. However, we as individuals, deciding together to sit in on these classroom lessons can become a real force. While our politicians chew their fingernails, cowering in fear of the woke mobs, we can foster the change so desperately needed.

There are many who do not realize that as parents and caregivers, we have the power and the control. It is time we utilize that power and take the public education system back from the fringe voices controlling what our children are learning. We can no longer sit on the sidelines wrongly outsourcing our children’s education. It is time to get engaged and play an active role in what is happening in the classroom and foster change to restore sanity and a sense of civic purpose.

Big Tech is using NewsGuard to limit our reach and censor us. You can help support our mission of truthful reporting by making a contribution. We refuse to let Silicon Valley silence us into just another regurgitated, propaganda driven, echo-chamber of the lamestream media but we need your support to fight back. You can also help by signing up for our featured story emails. If you have a business, consider advertising with us.

The Founding Fathers understood the importance of an educated populace. That a public education system is the true guardian of liberty. They were cognizant of demagogues and ideologies which could undermine the democratic system that they established.

For 150 years of public education, schools taught the underlying principles: freedom, liberty, rights and responsibilities of citizens and the understanding that wherever someone came from and who they were, they had the opportunity to better themselves in a nation which shared these core values. As John Adams stated, “Children should be educated and instructed in the principles of freedom.”

Teachers of the past understood this concept. They may have discussed politics in the teachers’ lounge; but in the classroom, they were trained not to give their opinions. They understood the importance of having students think critically and discovering for themselves what the conclusions are. Teachers would have command over the material through the vast knowledge they acquired in their subject field.

Unfortunately, this changed amongst a new generation of teachers who were not properly trained on core educational concepts. Many wrongly believe their opinions should be imposed on the student body. Even worse are the teacher’s overreliance on far-left textbooks and materials provided by the textbook manufacturers, rather than using primary source material and allowing students to draw their own conclusions. We have created a system where students depend on secondhand sources, therefore relying on someone else’s opinions, and unbeknownst to students, the author’s biases.

Often, these teachers see only the negatives of American history, and not the greatness of our founding documents and our shared history, which has made the United States the last great hope of the world.

Nicholas Giordano is a Professor of Political Science at Suffolk Community College and host of The P.A.S. Report Podcast. Recognized and well-respected for his analysis, Professor Giordano appears on radio and television to provide analysis on current issues and trends within government, politics, international relations, homeland security/emergency management, and social/cultural related issues.

Disclaimer (varies based on content, section, category, etc.): News articles on this site, especially those in the opinion category, may contain opinions of the author, and if opinion, may not necessarily reflect the views of the site itself nor the views of the owners of The Published Reporter. For more information on our editorial policies please view our editorial policies and guidelines section in addition to our fact checking policy and most importantly, our terms of service. All links on this site could lead to commissions paid to the publisher. Please see Advertising Disclosure in sidebar. Subscribe to Nicholas Giordano (via RSS)

The Only Person Who Knows “What Really Happened” In Amityville, Dies At 69; Ronald DeFeo, Who Killed Entire Family, Takes Dark Legacy To The Grave

Op-Ed: The Voucher Program Would Give “Domestic Terrorists”…

Jessica Mcfadyen
Prev Next 1 of 1,571
This site uses cookies for various purposes. We're legally required to request your consent. Click accept to close this message. If you do not agree, please immediately exit the service or click more to learn why.
Accept More
Privacy & Cookies