A Veteran’s Plea: Return To The America We Fought For 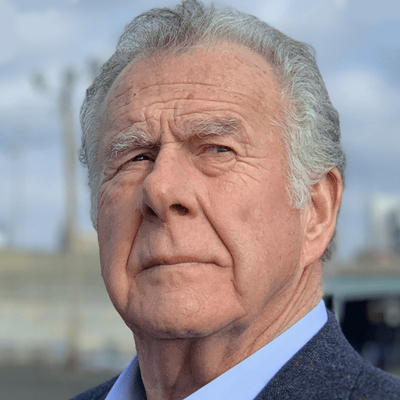 By Jim White PhD On Sep 8, 2020
Share
How To Register and Own Website Addresses (.com, .net, .org, etc) For Under $20/year. [REGISTER DOMAIN NAMES]
To comply with FTC regulations, all links could lead to commissions paid to the publisher. Please see Advertising Disclosure in sidebar.

SCOTTSDALE, AZ – I am a former Army Ranger. After two tours of Vietnam, I can attest to all that we sacrificed. We lost friends and families. We lost limbs. We lost years of our carefree youth. In many cases, we lost the ability ever again to feel completely safe and whole. We lost our innocence.

And not just in Vietnam but in Lebanon, the Gulf War, Croatia, Afghanistan, and hot spots around the globe, soldiers – rangers, marines, navy men, pilots – did it gladly.

Why? Because we loved America.

But the America of today is not the same place it was. Its very fabric is unraveling. This angry, bitterly torn country is not the nation of ideals we fought for. Its deep polarization has made civil discourse impossible, in the media and in the public.

We fought and risked our lives – and tragically, lost them – to uphold the values of our Constitution that we hold dear: democracy, freedom, tolerance, and more.

Unfortunately, our leadership on both sides of the aisle has failed us by not adhering to these values. We have been pitted against each other along partisan, economic, and even racial, lines. Whoever would have thought that Americans would become our own greatest enemies?

America must return to the principles on which this country was built. These are the principles our leaders should adhere to… and the litmus test voters judge them by in the critical upcoming election.

We must return to wisdom and civility. Thankfully, everything we need to restore our country can be found in the texts and teachings of the Founding Fathers and Mothers.

Regardless of which party we vote for, we should demand that leaders govern with criteria including:

Truth. Right now, there is stupefying dishonesty in Washington, and that dishonesty is eroding the public’s trust in government. If we are not told the truth… for instance, about the Coronavirus, then how are we to make informed decisions about whether it is safe to go out, to go to work, or to send our children to school? We must demand transparency.

Accountability. This goes hand in hand with truth-telling. We must hold our leaders, as well as our public servants – such as our police – accountable for their actions. They must be worthy of our trust. Sua sponte, “of their own accord,” may be appropriate for army rangers, but not for political leaders.

Patriotism. We elect politicians to lead and to serve the people. They must care about all Americans, not just their own electoral base, cronies, or special interest groups. We want to follow a passionate leader who loves this country and puts its interest above themselves, their political party, and winning votes.

It should go without saying that those who serve and sacrifice are treated with the utmost gratitude and respect. To utter words such as “loser” or “sucker” in the same breath as “fallen soldiers” is nothing short of repulsive.

This week we commemorate September 11, one of the most horrific days in American history. We will lower our flags to half-staff to remember all those we lost to evil.

But we should also remember that 9/11 marked a turning point for Americans coming together in mutual support and cooperation. It was a day that helped us recapture Esprit de Corps… the patriotism that characterized us, not just in the military but in society nationwide.

My latest book, BROKEN AMERICA: Ten Guiding Principles to Restore America, releases September 9. It is a guide for returning us to the civility and patriotism that once made us proud to be American.

Because that America is the one I was honored to fight for.

Jim White, PhD, is Founder and President of JL White International, Chairman and CEO of Post Harvest Technologies, Inc., and Growers Ice Company, Inc., as well as Founder and CEO of PHT Opportunity Fund LP. He is the bestselling author of several books and holds a BS in Civil Engineering, an MBA, and a PhD in Psychology and Organizational Behavior. He shares his extraordinary insights and critical thinking skills in a live webinar series, Healing America with Dr. Jim White, in which he examines the many issues and challenges faced by our nation… and how to fix them.

Disclaimer (varies based on content, section, category, etc.): News articles on this site, especially those in the opinion category, may contain opinions of the author, and if opinion, may not necessarily reflect the views of the site itself nor the views of the owners of The Published Reporter. For more information on our editorial policies please view our editorial policies and guidelines section in addition to our fact checking policy and most importantly, our terms of service. All links on this site could lead to commissions paid to the publisher. Please see Advertising Disclosure in sidebar. Subscribe to Jim White PhD (via RSS)

Former WWE Wrestler, Sara Lee, Suddenly Dies at 30; No Cause of Death Released

Op-Ed: Is Czar Gavin Newsom Vying for a Seat at the Right…

Op-Ed: Wokism Is A Secular Religion That Thinks Victory Is…