An Ickier Outbreak: Trench Fever Spread by Lice Is Found in Denver 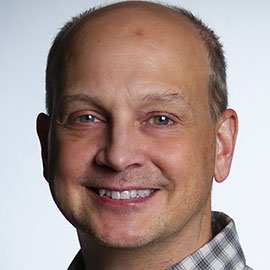 By Markian Hawryluk On Jul 20, 2020
Share
How To Register and Own Website Addresses (.com, .net, .org, etc) For Under $20/year. [REGISTER DOMAIN NAMES]
To comply with FTC regulations, all links could lead to commissions paid to the publisher. Please see Advertising Disclosure in sidebar.

DENVER, CO — Dr. Michelle Barron, medical director of infection prevention and control at UCHealth University of Colorado Hospital, received an unusual call last month from the microbiology lab: confirmation of the third case this year of trench fever, a rare condition transmitted by body lice that plagued soldiers during World War I.

“Two is always an outbreak, and then when we found a third — OK, we clearly have something going on,” Barron recalled thinking.

Barron, who said she’d never before seen a case in her 20 years here, contacted state public health officials, who issued an advisory Thursday and said a fourth person with a suspected case had been identified. They asked physicians to be on the lookout for additional cases.

Trench fever is characterized by relapsing fever, bone pain (particularly in the shins), headache, nausea, vomiting and malaise. Some of those infected can develop skin lesions or a life-threatening infection of their heart valves.

The condition is caused by the bacterium Bartonella quintana, a close relative of the bug that causes cat scratch fever. Colonies of it live in the digestive systems of body lice and are excreted in their feces. The bugs can enter the body through a scratch in the skin or through the eyes or nose. Dried lice feces can be infectious for up to 12 months.

Trench fever is most commonly diagnosed among people experiencing homelessness or living in conditions where good hygiene is difficult. Those with compromised immune systems are particularly at risk.

Public health officials are trying to find a common thread among the four cases identified so far in Colorado. They occurred months apart, and the patients appear to have no connection other than having been homeless in the Denver area.

Other cases of the disease may have been overlooked. This outbreak comes, after all, at a time when much attention is being diverted to the coronavirus pandemic. But the economic fallout of that crisis could be fueling the outbreak of an illness that thrives on hardship.

Trench fever can be an easy diagnosis to miss, Barron said. Patients often have other health problems that could explain their symptoms, and doctors will try to rule out the more common causes before considering a rare one.

Moreover, the bacteria grow very slowly in lab cultures — it can take up to 21 days, and labs usually discard cultures after seven days. Barron said the bacteria in two of the confirmed cases grew just before the cell cultures were due to be thrown out.

Doctors will often treat the symptoms of a disease like trench fever with antibiotics. If the patient heals, it’s possible no tests will be pursued to determine the organism causing the illness, said Dr. Kristy Murray, an infectious disease specialist with Baylor College of Medicine and Texas Children’s Hospital in Houston.

“With this particular disease, unless you work in a setting where you’re with the homeless all the time, you’re not thinking about it or looking for it,” she said. “It is very rare.”

Barry Pittendrigh, a Michigan State University entomologist who was part of an international collaborative studying the lice that cause trench fever, said head lice can also carry the bacteria, but their immune systems are strong enough to keep it in check. Body lice live in clothing, coming on and off to feed on the body. Their immune systems aren’t as strong, he said, so the bacteria can flourish.

“We see scenarios when social crises are occurring — wars, economic downturn, displacement of people — when there is this chance that we’ll have problems around hygiene that, in turn, these louse populations take off and you get these diseases,” Pittendrigh said.

A spike in body lice occurred during the 2008 recession, he said, and before that, during the Great Depression and the two world wars. The current economic and health disruption caused by the COVID-19 pandemic could lead to another increase.

As public health agencies struggle with the coronavirus, fewer resources are left to track down outbreaks of other infectious diseases.

Colorado is committed to battling both issues, said state health department spokesperson Deanna Herbert. “We are continuing to grow the COVID-19 response staff, which allows us to balance other outbreaks and needs with responding to the global pandemic,” she wrote in an email. “Scaling to the size we have is a tremendous undertaking, but we have a staff that is absolutely committed to being as responsive as possible to the needs of all Coloradans.”

Murray said an outbreak often can be interrupted with outreach to homeless shelters and other groups that provide services to those living on the street. Mobile showers or offering to launder or replace their clothes can help. Body lice can be killed by washing and drying clothes at high temperatures — at least 130 degrees Fahrenheit.

The pesticide permethrin can also be used to treat clothing, bedding and backpacks to prevent lice infestation. Most people don’t need to worry, though: According to the federal Centers for Disease Control and Prevention, infestation is unlikely to persist on anyone who bathes regularly and switches to clean clothes and bedding every week.

Still, trench fever has been considered a reemerging disease since the 1990s.

“Old infectious diseases always still have the potential to come back,” Barron said. “Even though we live in a society that we consider very modern and very safe on so many levels, these organisms, at the end of the day, have been here longer than us and plan to survive.”

This KHN story also ran in the Daily Beast and Kaiser Health News, a nonprofit news service covering health issues. It is an editorially independent program of KFF (Kaiser Family Foundation), which is not affiliated with Kaiser Permanente.

Markian Hawryluk has reported on health care for more than 25 years, writing for such publications as the Houston Chronicle, American Medical News and, most recently, Kaiser Health News. He has won numerous awards for his health reporting from the Association of Health Care Journalists and the Society of Professional Journalists and, in 2009, won Oregon’s top reporting prize, the Bruce Baer Award for investigative journalism.

Disclaimer (varies based on content, section, category, etc.): News articles on this site may contain opinions of the author, and if opinion, may not necessarily reflect the views of the site itself nor the views of the owners of The Published Reporter. For more information on our editorial policies please view our editorial policies and guidelines section in addition to our fact checking policy and most importantly, our terms of service. All links on this site could lead to commissions paid to the publisher. Please see Advertising Disclosure in sidebar. Subscribe to Markian Hawryluk (via RSS)

Protester at DeSantis Briefing: ‘We Need to Hold These Folks Accountable’

For COVID Tests, the Question of Who Pays Comes Down to Interpretation

Unhinged California Driver Runs Over Doctor, Goes Back, Stabs Him to Death; Witnesses…

Melissa Martin, Ph.D.
Prev Next 1 of 2,334
This site uses cookies for various purposes. We're legally required to request your consent. Click accept to close this message. If you do not agree, please immediately exit the service or click more to learn why.
Accept More
Privacy & Cookies