Fatal Encounters: Total Number of Black Americans Killed By Police Since 2013 Reflects Roughly 26% of Killings, While Just 13% of Population 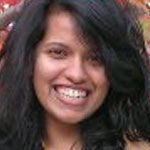 By George Stacey On Jul 1, 2020
Share
How To Register and Own Website Addresses (.com, .net, .org, etc) For Under $20/year. [REGISTER DOMAIN NAMES]
To comply with FTC regulations, all links could lead to commissions paid to the publisher. Please see Advertising Disclosure in sidebar.

GUTTENBERG, NJ – Since the killing of George Floyd last month, nationwide protests have been triggered across the United States. People are not just angry at Floyd’s death; feelings depicted in their slogans and faces show a sense of frustration against the American government, police brutality, and human rights commission.

According to the data compiled by Mapping Police Violence, a research and advocacy group, Between 2013 and June 2020, police in the United States have killed over 8,000 people (see downloadable data file).

Out of 8,241 total deaths recorded, 25% were indicated to be Black Americans. The exact breakdown is: 3,604 deaths were attributed to White, 2,071 Black, 1,415 Hispanic, while 47 were classified as Pacific Islander. The data also included 860 people with a race listed as “Unknown” race

According to Brian Burghart, the owner of the website which is named Fatal Encounters (FatalEncounters.org):

You’ll find that African Americans are killed at roughly double their ratio in the population. They are about 13% [of the general US population] and they are about 26% represented in the data.

Brian Burghart, the owner of the website named Fatal Encounters

These numbers have become incredibly important amid the “Black Lives Matter” protests, especially as we move towards the upcoming U.S. 2020 Presidential Elections. While President Trump is already against the revolution – one which could fundamentally change the course of U.S. history, Joe Biden, continues to support what appears to be his own version of white supremacy.

His recent controversial remarks to an African-American radio talk show host depicted how he wants to neutralize minority voters. Just prior to ending that interview Biden said: “If you have ave a problem figuring out whether you’re for me or Trump, then you aren’t black.”

Tammy K. Bruce from Get Tammy Bruce on Fox Nation

It’s a frightening and ugly thing. A presidential candidate should never make such remarks in order to get his base on track. Now the question is, if both U.S. candidates are making such degrading and derogatory remarks regarding African Americans, then whom should black people vote for? Whom can they really trust? Is the 2020 election perhaps a choice between the lesser of two evils? Is there anyone who can truly promise racial justice?

Disclaimer (varies based on content, section, category, etc.): News articles on this site may contain opinions of the author, and if opinion, may not necessarily reflect the views of the site itself nor the views of the owners of The Published Reporter. For more information on our editorial policies please view our editorial policies and guidelines section in addition to our fact checking policy and most importantly, our terms of service. All links on this site could lead to commissions paid to the publisher. Please see Advertising Disclosure in sidebar. Subscribe to George Stacey (via RSS)

COPS: Lake Worth Man Arrested for Stealing Groceries and Alcohol from El Bodegon…

Op-Ed: Kanye West Needs Our Prayers, Mental Health Help, and Time Away From…

COPS: Man Who Fled On Bicycle In Brooksville, Captured In…

Melissa Martin, Ph.D.
Prev Next 1 of 2,303
This site uses cookies for various purposes. We're legally required to request your consent. Click accept to close this message. If you do not agree, please immediately exit the service or click more to learn why.
Accept More
Privacy & Cookies