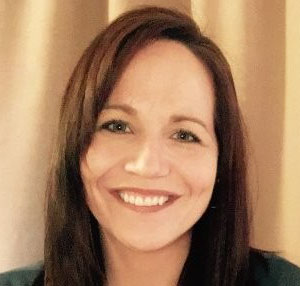 By Mary Kuhlman On Jul 1, 2020
Share
How To Register and Own Website Addresses (.com, .net, .org, etc) For Under $20/year. [REGISTER DOMAIN NAMES]
To comply with FTC regulations, all links could lead to commissions paid to the publisher. Please see Advertising Disclosure in sidebar.

TALLAHASSEE, FL – Some congressional Democrats have released a blueprint for how the country can hit net-zero emissions by 2050. The House Select Committee on the Climate Crisis presented a 500-page action plan on Tuesday to reduce carbon pollution “as quickly and aggressively as possible.”

U.S. Rep. Kathy Castor, D-Fla., who chairs the committee, called the plan a transformative roadmap that promotes job creation in the clean-energy sector and incentives for clean-vehicle technology manufacturing.

“They call us the Sunshine State, but we generate very little electricity from renewable energy and solar power,” she said. “We’ve got to harness the power of the sun to power our homes and businesses.”

Castor’s priorities in the “Solving the Climate Crisis” report include climate resilience to flooding and sea-level rise, plus clean energy and jobs. GOP leaders have criticized the plan, arguing it would kill jobs and benefit China.

According to an independent analysis, the plan could save more than 60,000 American lives each year and $8 trillion in climate and health benefits by 2050. Castor said the report comes at a critical moment as the nation grapples with a health pandemic and civil unrest.

“The air that we breathe is more important than ever, and America has to strengthen its supply chains,” she said, “and this comes at a time where there’s an awakening to the need to tackle systemic racism, and making sure pollution isn’t accumulating in certain areas of the country.”

Castor said the plan calls for the United States to restore its global leadership in confronting climate risks, and to ensure that leaders use the best possible data to make health and environmental decisions.

“The Trump administration hasn’t listened to scientists, and they have rolled back our bedrock environmental protections on clean air and clean water,” she said. “That’s completely the wrong direction. Instead, the future is in clean energy.”

In a 2019 poll, 60% of Florida residents voiced concern about climate change, and said they believe the Trump administration is disregarding scientific warnings about it.

The report is online at climatecrisis.house.gov/report, and the poll is at climatecommunication.yale.edu.

Fatal Encounters: Total Number of Black Americans Killed By Police Since 2013 Reflects Roughly 26% of Killings, While Just 13% of Population

North Port Man Arrested On Drug Charges After Failure To…

Op-Ed: Will Barack Pressure Michele for a 2024 Run So He Can…

Christopher Boyle
Prev Next 1 of 1,918
This site uses cookies for various purposes. We're legally required to request your consent. Click accept to close this message. If you do not agree, please immediately exit the service or click more to learn why.
Accept More
Privacy & Cookies