Computer Science vs. Data Science: What’s the Best Path for You? 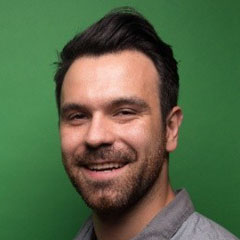 By Artur Meyster On Jun 18, 2020
Share
How To Register and Own Website Addresses (.com, .net, .org, etc) For Under $20/year. [REGISTER DOMAIN NAMES]
To comply with FTC regulations, all links could lead to commissions paid to the publisher. Please see Advertising Disclosure in sidebar.

SAN FRANCISCO, CA – You may have a penchant for computers and numbers, but are struggling to decide exactly which career path to take. Both computer science and data science offer a range of potentially rewarding and lucrative career paths. So, which one should you choose? Let’s look at how they compare in terms of the education needed and the jobs available in each field.

But, before we continue, we must take a closer look at each discipline and how they differ. We find the first difference in their age. Computer science is the older of the two disciplines, having been around for over 200 years. The first person we can consider a computer programmer, Ada Lovelace, lived in the early 1800s. She was the first one to recognize that machines could have applications beyond pure calculations.

By contrast, data science is a relatively new and emerging field that has evolved as companies seek to put the data they collect to good use. As concepts like big data and deep learning become increasingly important for businesses and across every industry, data science’s popularity has also exploded.

Generally speaking, computer science deals with the theory of computation and human-made and natural information processes (particularly human-made computing systems and machines) as well as with the design of hardware, software, and applications.

Subfields of computer science include software engineering, computer architecture, computer engineering and human-computer interactions. A subfield gaining motion fast is Artificial Intelligence, which essentially aims to synthesize problem-solving processes so that they can be applied by machines.

The definition of data science is not as clear cut, considering the discipline borrows from several fields particularly mathematics, statistics, computer science, domain knowledge, and information science. While statistics are nothing new, the size of the data sets and computing power needed for data science is certainly something the world has never seen before.

The goal of data science is to collect and interpret data in order to understand actual phenomena. It is related to the concepts of data mining, deep learning and big data.

Big data is changing old business models and creating new ones. By some estimations, data-driven businesses are worth $1.2 trillion collectively in 2020—an increase from $333 billion in the year 2015. Its importance was best expressed by Jim Gray, winner of the Turing Award, who famously asserted that “everything about science is changing because of the impact of information technology.”

Data scientists are responsible for making sense of the deluge of data in today’s corporate world, turning it into usable information. They create software and algorithms that help companies and organizations increase their bottom line and operate more efficiently.

Those in the data science field use programming languages such as R, SAS, Python, and Java, and software such as Hadoop, Tableau, and Apache Spark to process, refine and display their findings.

In general, computer science jobs revolve around building and modifying the inner workings of software applications. A professional in this field may carry out tasks such as testing, documenting and debugging code, creating and tweaking software and mobile apps, or designing a component of an application and integrating it into a larger product.

Data scientists, on the other hand, have a more abstract job, working to improve a process or finding the solution to a problem by parsing huge amounts of information and making sense of it. Common tasks include collecting, cleaning and organizing data sets and building data models. They may also create visuals to present to stakeholders.

Opting for a career in computer science entails a different education than a career in data science. Computer science students learn programming languages like Python, JavaScript, and Java as well as what makes these languages work. Topics like operating systems, networking, security, algorithms and computer architecture will also be in the curriculum. In short, computer science focuses mostly on computers.

By contrast, data science degrees focus on calculus and statistics, while also covering machine learning, deep learning, data visualization, and databases. Most data scientists start off by pursuing a bachelor’s degree, usually in a field related to computing or mathematics. Coding bootcamps are an increasingly popular alternative to formal education, as they allow students to get the skills they need in just a few months. Most data scientists opt to continue their education, completing a master’s degree or Ph.D. in data science.

Which One Is Right for You?

Deciding between the two disciplines may be a matter of what you see yourself doing as a professional. If you enjoy testing code or creating new applications, data science may be the right choice. However, if you find pleasure in crunching numbers and making sense of them, data science is clearly the right choice.

Both career paths can be very rewarding. Both can also be extremely lucrative, although perhaps data science has the upper hand in this aspect, as data scientists are now in very high demand, with companies willing to pay big bucks for their services.

Artur Meyster is the Chief Technology Officer (CTO) of Career Karma (YC W19), an online marketplace that matches career switchers with coding bootcamps. He is also the host of the Breaking Into Startups podcast, which features people with non-traditional backgrounds who broke into tech.

Disclaimer (varies based on content, section, category, etc.): News articles on this site may contain opinions of the author, and if opinion, may not necessarily reflect the views of the site itself nor the views of the owners of The Published Reporter. For more information on our editorial policies please view our editorial policies and guidelines section in addition to our fact checking policy and most importantly, our terms of service. All links on this site could lead to commissions paid to the publisher. Please see Advertising Disclosure in sidebar. Subscribe to Artur Meyster (via RSS)

Unhinged California Driver Runs Over Doctor, Goes Back, Stabs Him to Death;…

Tragedy to Triumph: An Update on Penny, One of Fauci’s…

Op-Ed: Busted – The Only Two Studies Used by The…

Melissa Martin, Ph.D.
Prev Next 1 of 546
This site uses cookies for various purposes. We're legally required to request your consent. Click accept to close this message. If you do not agree, please immediately exit the service or click more to learn why.
Accept More
Privacy & Cookies