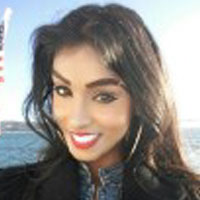 By Christina Kumar On May 29, 2020
Share
How To Register and Own Website Addresses (.com, .net, .org, etc) For Under $20/year. [REGISTER DOMAIN NAMES]
To comply with FTC regulations, all links could lead to commissions paid to the publisher. Please see Advertising Disclosure in sidebar.

“Starting on September 1 the podcast will be available on Spotify as well as all platforms, and then at the end of the year it will move exclusively to Spotify, including the video version.”

The deal is reported to be a licensing agreement worth more than $100 million dollars. The deal had also increased the company’s stock by adding $1.7 billion to its market cap in 23 minutes.

While still continuing to be free, the full versions of the show will only be available on Spotify after the year ends. The Joe Rogan Experience to date has 1,481 episodes and counting with more than 190 million downloads a month since April 2019. This deal is considered to be Spotify’s second major acquisition to its podcast arena and with Spotify having more than 286 million active users on its platform, the deal will more than likely bring in new listeners to the podcast.

Spotify’s recent major acquisitions also include Anchor FM, Gimlet Media, and Parcast in 2019, as well as Bill Simmons’ podcast The Ringer in 2020. These acquisitions have been growing Spotify’s podcasting audience as well as increasing competition from other podcasting networks. With Apple being the number one podcasting app at the moment; Amazon has been reported to be adding podcasts to its Amazon Music app in the next coming months as well.

In regards to the new podcast acquisitions, there are those in favor of them and those who are not. Shawn Flynn the host of The Silicon Valley Podcast states:

“I like it as a lot of people on YouTube and many other platforms are being censored where it appears Spotify is actually allowing freedom of speech as with the Joe Rogan example.”

As podcast audiences are rising; more acquisitions are likely in the next few years. These acquisitions will also grant the acquiring companies’ greater access to the demographics of these audiences which can make it easier to obtain advertisers. With greater access and leverage to these podcasts, the acquiring companies can advertise to these audiences more efficiently which would further increase revenue.

Christina Kumar is an award-winning (Google for Entrepreneurs), journalist, interviewer, actress and entrepreneur. She has interviewed celebrities such as Russell Simmons, Jewel, Mark Steines, Kate Walsh, and Ingrid Newkirk, among others with her work appearing in Medium, TODAY, Market Watch, Huffington Post and more. She covers primarily business, tech, news, and entertainment.

Disclaimer (varies based on content, section, category, etc.): News articles on this site may contain opinions of the author, and if opinion, may not necessarily reflect the views of the site itself nor the views of the owners of The Published Reporter. For more information on our editorial policies please view our editorial policies and guidelines section in addition to our fact checking policy and most importantly, our terms of service. All links on this site could lead to commissions paid to the publisher. Please see Advertising Disclosure in sidebar. Subscribe to Christina Kumar (via RSS)

Op-Ed: As A Retired Detective, Here’s What I See from The Outside Looking in on “The George Floyd Incident” In Minnesota

Op-Ed: Fathers Are Needed To Say No

Op-Ed: Has Anyone Checked the Oil?

Christopher Boyle
Prev Next 1 of 437