Coronavirus and Your Right to Carry in Washington State 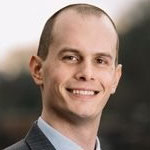 By Fletcher Findley On Apr 30, 2020
Share
How To Register and Own Website Addresses (.com, .net, .org, etc) For Under $20/year. [REGISTER DOMAIN NAMES]
To comply with FTC regulations, all links could lead to commissions paid to the publisher. Please see Advertising Disclosure in sidebar.

SEATTLE, WA – In a few short weeks, the COVID-19 virus has completely changed daily life in America. Not since World War II have people seen such massive restrictions on their activities. Businesses are shut down, families are worried about paying their bills; it is an uncertain time for many communities across the country.

Alongside their health and financial worries, many Americans are also worried about their safety. There has been a massive spike in gun sales in Washington State, as well as nationwide, since the pandemic took hold in the United States. This surge in gun sales, which includes a large percentage of first-time buyers, is happening for several reasons.

The main force driving this surge is simply that people are worried about their families in the face of widespread sickness, prolonged shortages of goods, and extremely high unemployment. Historically, these conditions can lead to social unrest, and many people are buying guns to make sure their homes are protected.

Concern About the Right to Carry

Others, however, are buying guns because they are worried that authorities will use the pandemic as a reason to restrict citizens’ right to carry. Anytime a crisis emerges, there is concern that firearm rights will be infringed, and gun stores usually see a corresponding boost in sales.

However, with the COVID-19 pandemic, there have been no direct changes to the right-to-carry laws in Washington State or anywhere else in the US. In Washington state, anyone who is allowed to possess a firearm can open carry without a permit and can concealed carry with an up-to-date, valid Washington Concealed Pistol License.

Can Authorities Use “Emergency Powers” to Take Away Your Right to Carry?

While times are uncertain, the chances of the authorities exercising “emergency powers” to directly restrict the population’s right to carry are extremely unlikely.

However, in the early weeks of the pandemic, President Trump deemed firearm businesses an “essential” service allowing many shops to stay open during nationwide self-isolation measures. The Trump Administration furthered this stance in an industry letter published Friday, announcing that the U.S. Bureau of Alcohol, Tobacco, Firearms, and Explosives will allow the continued sale and curbside sale of firearms throughout the crisis.

Despite this order, Washington state has yet to deem firearm dealers as an essential business, restricting many shops from staying open during stay-at-home measures. Many local gun shops, however, are blatantly refusing to follow Governor Inslee’s restrictions by noting that firearm distributors were never directly addressed in the lawmaker’s initial description of essential and non-essential businesses.

While the status of shop closures remains in discussion, there have been no direct changes made to Washington state citizens’ right to carry or own a firearm. Although it is true that the scale and reach of emergency government powers are at their highest since WWII, the right to bear arms and the right to carry has not been touched. These rights would be very difficult to suspend, as they are enshrined in the state and federal constitutions and are deeply popular among a large segment of the national population.

What About that Gun Ban by the Bellingham City Council?

Recently there was a highly-publicized story in Bellingham, Washington that followed the city council’s attempt to ban guns within city limits. While the story received attention from local media outlets and gun rights advocates, the initial reporting was inaccurate and skewed the council’s original intention behind the bill.

The Bellingham City Council did propose a ban on the sale and carry of firearms “with the intent to cause harm.” However, that language, which dates from the 1970s, doesn’t apply to law enforcement, and it also doesn’t apply to members of the public who lawfully carry firearms for self-defense, hunting, or target practice.

It’s also worth noting that if the Council had tried to ban the right to carry in general, this action would have likely been overruled at the state level due to Washington’s preemption law which stops local governments from taking away people’s gun rights in such a manner.

What About Hunting and Fishing in Washington?

Hunting and fishing are a practical and popular way to practice social distancing. People wanting to get out of the house during Washington Governor Inslee’s Stay Home, Stay Healthy lockdown are encouraged to hunt (or fish) alone or with people who live together in one house.

The Washington State Department of Fish and Wildlife has closed, postponed, or restricted some hunting activities on federal lands, but there are still plenty of opportunities to get outdoors, particularly on privately owned land.

There have been no recently passed measures in Washington state restricting firearm use on private land.

Coronavirus Is Reminding People of the Importance of Self-Reliance

As the world continues to reel under the uncertainty of the pandemic, many gun owners are finding that it is uncertain times like these that remind us of the importance of self-reliance, being prepared, and protecting one’s home. Whether you’re carrying or not, the most effective way to stay safe during this crisis is to practice consistent social distancing and good personal hygiene.

Fletcher Findley is an Attorney and Co-Founder at Findley & Rogers, PLLC, a law firm in the State of Washington. The firm assists people who have had problems clearing their records for professional reasons as well as for firearms rights. The firm, which is based in Seattle, focuses primarily on criminal record expungement, firearm rights, criminal defense and estate planning.

Disclaimer (varies based on content, section, category, etc.): News articles on this site, especially those in the opinion category, may contain opinions of the author, and if opinion, may not necessarily reflect the views of the site itself nor the views of the owners of The Published Reporter. For more information on our editorial policies please view our editorial policies and guidelines section in addition to our fact checking policy and most importantly, our terms of service. All links on this site could lead to commissions paid to the publisher. Please see Advertising Disclosure in sidebar. Subscribe to Fletcher Findley (via RSS)

Beware: Will These Outrages, Oppression, And Governmental Tyranny Become The “New Normal” In America?

Op-Ed: Do People Around the Globe Believe the Global Warming…