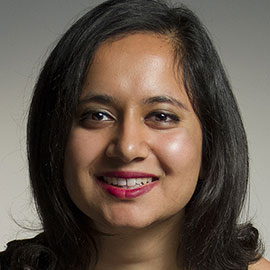 By Shefali Luthra On Apr 22, 2020
Share
How To Register and Own Website Addresses (.com, .net, .org, etc) For Under $20/year. [REGISTER DOMAIN NAMES]
To comply with FTC regulations, all links could lead to commissions paid to the publisher. Please see Advertising Disclosure in sidebar.

WASHINGTON, D.C. – The Occupational Safety and Health Administration has in recent weeks launched investigations into deaths of workers at 34 health care employers across the U.S., federal records show, but former agency officials warn that the agency has already signaled it will only cite and fine the most flagrant violators.

The investigations come as health care workers have aired complaints on social media and to lawmakers about a lack of personal protective equipment, pressure to work while sick, and retaliation for voicing safety concerns as they have cared for more than 826,000 patients stricken by the coronavirus.

Despite those concerns, the nation’s top worker safety agency is not viewed as an advocate likely to rush to workers’ aid. President Donald Trump tapped a Labor Department leader who has represented corporations railing against the very agency he leads.

“It’s a worker safety crisis of monstrous proportions and OSHA is nowhere to be found,” said David Michaels, an epidemiologist and George Washington University professor who was assistant secretary of Labor and ran OSHA from 2009 to 2017.

Employers are required to report a work-related death to OSHA or face fines for failing to do so. Yet former OSHA leaders say the agency has not openly reminded hospitals and nursing homes to file such reports in recent weeks.

Last week, the Centers for Disease Control and Prevention reported that more than 9,200 health workers had been infected with the coronavirus, a number the agency concedes is a vast undercount. The estimate was based on a set of lab-generated reports in which only 16% included the patient’s profession. The agency said the true number is probably closer to 11% of all known cases.

Federal records show the OSHA fatality investigations ― searchable here — involve hospitals, an emergency medical service agency, a jail health department and nursing homes. Its investigations can be prompted by the complaint of a worker, a former worker or even an OSHA official who sees a news report about a workplace death. They can be conducted by phone and fax or involve an on-site inspection.

“She kept telling me ‘Amanda, I have to work, I have to get my house paid off,’” Williams said, noting her mother said she was urged to work unless her temperature reached 100.4.

Williams said that she drove her mother to the hospital on April 3 and that Harrison was unhappy she’d spent the week working. Harrison went on a ventilator the following day, fully expecting to recover. She died April 6.

“When your mother dies mad, you’re pretty much mad,” Williams, one of Harrison’s three daughters, said. “I think if proper steps were taken from the beginning, this would have been different.”

North Mississippi Health Services, which owns the nursing home, and the home’s administrator did not reply to calls or emails.

Michaels, the former Labor Department official, said a subsequent OSHA memo suggested that officials are unlikely to penalize all but the most careless employers.

The memo about employers’ “good faith” efforts said a citation may be issued “where the employer cannot demonstrate any efforts to comply.”

Michaels said that “any efforts” to comply with work safety rules could amount to making even one phone call to try to buy masks for workers.

Federal OSHA officials did not respond to a request for comment.

Scalia fought OSHA on behalf of SeaWorld after it was cited over the death of a woman training killer whales, The New York Times reported. Scalia’s team argued the work-safety agency was not meant to regulate the training of killer whales. He also argued that SeaWorld had adequate safety measures in place, but ultimately lost the case.

Since March 27, the ongoing fatality investigations have been mostly categorized as “partial” investigations, which initially focus on one area of noncompliance. Four are labeled “complete,” meaning they cover a wide range of hospital operations.

One of the “complete” investigations is listed at Coral Gables Hospital in South Florida, where respiratory therapist Jorge Mateo, 82, worked before he died of coronavirus complications, his daughter said.

The hospital reported the death, according to a statement from Shelly Weiss Friedberg of Tenet Healthcare, which owns the hospital. She said Mateo was with the hospital for four decades and “the loss of Jorge Mateo is felt throughout our entire community.”

There, 33-year-old Danielle Dicenso worked for a staffing agency as an ICU nurse, treating coronavirus patients. Dicenso died after developing COVID-19 symptoms, including fever and a cough, according to reports in the Miami Herald. The Palm Beach County medical examiner has not yet determined a cause of death, a spokesperson told Kaiser Health News.

Her husband, David Dicenso, told local news station WSVN she had not been given a protective mask and was “very scared of going to work.”

Weiss Friedberg, of Tenet, which also owns Palmetto, said in an email that “nurses are provided appropriate personal protective equipment (PPE) in compliance with Centers for Disease Control (CDC) guidelines.”

The latest guidelines say staff can wear a face mask if no N95 respirator is available when performing routine care with COVID-19 patients. For higher-risk procedures, such as intubation, workers must receive N95 masks.

The hospital has no record of that employee having any interaction with COVID patients, said James O’Connor, its executive vice president. The hospital tests employees for COVID-19 only if they have had confirmed exposure to someone who tested positive and if they develop symptoms.

O’Connor said all employees who are in contact with suspected COVID-19 patients get the full suite of PPE; they are told to clean their N95 masks after each shift, he said, and to change masks entirely every three shifts.

That can mean workers wear the same equipment for multiple days.

Early research suggests that N95s can be sanitized and reused up to three times. But that paper has not yet undergone peer review. In an affidavit the New York State Nurses Association filed regarding another state hospital, the union argued that it has “yet to be adequately proven that disposable respirators can be effectively decontaminated” without putting the wearer at risk.

As recently as April 16, the local nurses union told Newsday that St. Catherine workers on Long Island are being told to share PPE.

While OSHA does have a “general duty” clause urging employers to keep workers safe and a standard for respiratory protection, it has no written rule on protecting workers from airborne disease, said Debbie Berkowitz, a former OSHA chief of staff and director of the National Employment Law Project’s worker safety and health program.

As OSHA and the Centers for Disease Control and Prevention downgrade their requirements week by week, workers are left with the choice in some places to wear a bandana in situations that had called for a properly fitted N95 mask, which can filter out particles as small as 0.1 microns.

“OSHA has really completely abandoned their mandate to protect workers,” Berkowitz said, “and every worker is on their own.”

Shefali Luthra covers consumer issues in health care. Her work has appeared in news outlets such as The Washington Post, CNN Health and NPR.org. Previously, she was Kaiser Health News's Peggy Girshman Web Reporting Fellow. She also interned at The Texas Tribune, covering the rollout of the 2010 health law, women’s health issues and state politics. She graduated from Brown University with a bachelor’s degree in English literature.

Disclaimer (varies based on content, section, category, etc.): News articles on this site may contain opinions of the author, and if opinion, may not necessarily reflect the views of the site itself nor the views of the owners of The Published Reporter. For more information on our editorial policies please view our editorial policies and guidelines section in addition to our fact checking policy and most importantly, our terms of service. All links on this site could lead to commissions paid to the publisher. Please see Advertising Disclosure in sidebar. Subscribe to Shefali Luthra (via RSS)

Childnet Awarded A $25,000 Grant From At&t To Support Vulnerable Youth During The COVID-19 Pandemic

Joan Swirsky
Prev Next 1 of 2,240
This site uses cookies for various purposes. We're legally required to request your consent. Click accept to close this message. If you do not agree, please immediately exit the service or click more to learn why.
Accept More
Privacy & Cookies