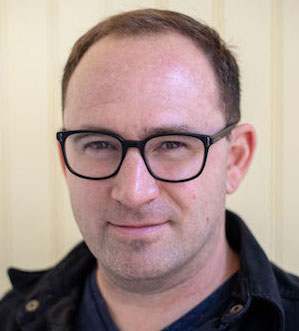 By Brian Rinker On Jul 21, 2019
Share
How To Register and Own Website Addresses (.com, .net, .org, etc) For Under $20/year. [REGISTER DOMAIN NAMES]
To comply with FTC regulations, all links could lead to commissions paid to the publisher. Please see Advertising Disclosure in sidebar.

SAN FRANCISCO, CA – In the middle of a work project at a global corporate consulting firm, Katherine Switz was gripped with a debilitating bout of anxiety. Her body froze, her heart raced, her chest tightened, and her mind went blank, which made it nearly impossible for her to concentrate on a computer screen and do her work.

The anxiety lasted three months, likely related to her bipolar disorder. During that time, she felt unable to ask for help from her employers or co-workers, afraid that her poor performance would get her fired or passed over for promotion.

“I didn’t know how to ask for help. I didn’t know what to do,” said Switz, 48, who was working as an associate business consultant in Washington, D.C., when the episode occurred.

While a diagnosis of cancer might garner sympathy at work and a casserole to take home to the family, an admission of a psychotic disorder might elicit judgment, fear and avoidance among co-workers. And even if such illnesses are not talked about much, 1 in 5 adults in the U.S. have a mental health disorder, and 1 in 22 adults live with a serious mental illness, such as schizophrenia, major depression or bipolar disorder, according to the National Institute of Mental Health.

The Americans With Disabilities Act of 1990 prohibits discrimination against people with disabilities, which includes certain mental health conditions, and requires employers to provide reasonable accommodations to help them get their jobs done. Some employers also offer mental health support for employees through employee assistance programs, known as EAPs, which provide services such as short-term counseling and referrals to treatment for substance use.

Even with those federal protections and existing employer programs, some employees can be reluctant to ask for help at work. An estimated 8 in 10 workers with a mental health condition don’t get treatment because of the shame and stigma associated with it, according to the National Alliance on Mental Illness.

As a result, the pressure is growing on employers to adopt better strategies for dealing with mental health.

California has taken notice and last year passed legislation that makes it the first state to establish voluntary standards for workplace mental health.

Under the law, the state will create guidelines to help companies strengthen access to mental health care for their employees and reduce the stigma associated with it.

The measure aims to normalize workplace mental health in the same ways that employers already promote physical health, so that an employee having severe mental health symptoms feels comfortable taking medical leave, for example, just as a person with cancer might during periods of treatment and recovery.

The law was inspired by the California nonprofit group One Mind at Work. The organization had developed a charter of mental health principles to guide companies. But because the law doesn’t have any regulatory teeth, some companies may not see how investing in mental health will make them more competitive in the marketplace.

One Mind at Work offers an online calculator tool to estimate how much money they’re losing by not addressing mental health. The estimated annual loss of earnings tied to mental health conditions is at least $190 billionnationwide because of absenteeism and lost productivity.

“We want to show tangible economic proof that improving mental health in the workplace is good for business,” said One Mind at Work co-founder Garen Staglin, who is also a private equity investor.

The approach is working.

Sutter Health, Bank of America, Walgreens, Levi Strauss & Co. and the state of California are among the employers that have signed onto One Mind’s charter and have begun to include strategies to address mental wellness.

Some companies provide health coaches, mental health awareness training for managers and peer support groups in the workplace, hoping to build an atmosphere of understanding, so people feel comfortable talking about their conditions and asking for help. Some even have on-site meditation services and wellness centers to help employees access mental health resources, such as free counseling sessions, financial counseling and mobile apps that teach stress-management techniques.

San Francisco-based Levi Strauss & Co. has recently given employees access to counseling immediately after emergencies at work. And Sutter Health is creating an online mental health awareness course for all employees that will highlight what it is like to live with a mental illness.

Another way companies have been working to support employees is by pressuring their insurers to offer a more robust array of mental health benefits.

“Employers can often feel that they’re at the mercy of health plans. But employers have the power of the pocketbook,” said Angela Kimball, acting CEO of the National Alliance on Mental Illness. “They have an enormous ability to change the market by simply demanding better.”

Switz now lives in Seattle and is executive director of the Stability Network, a nonprofit organization she founded to reduce mental health stigma in the workplace. The network is made up of a group of educated professionals who speak publicly about what it is like living and working with mental illness.

During Switz’s three-month bout with anxiety, she got a poor performance review and nearly lost her job. She was given three months to turn things around.

She was assigned to a more focused project that made it easier to manage her anxiety, plus the symptoms began to wane on their own, allowing her to perform like her old high-functioning self.

She said she knows that other people with mental conditions aren’t as fortunate as she was and get fired because they don’t get the help they need.

“People need to ask for accommodations to get better at times,” she said. “And that, I think, is a scary thing for people.”

Brian Rinker is a San Francisco-based freelance journalist and health writer. After graduating from UC Berkeley with a dual master's in journalism and public health in 2017, Rinker work as a contributing reporter for California Healthline / Kaiser Health News and as a part-time journalism instructor at City College of San Francisco.

Disclaimer (varies based on content, section, category, etc.): News articles on this site may contain opinions of the author, and if opinion, may not necessarily reflect the views of the site itself nor the views of the owners of The Published Reporter. For more information on our editorial policies please view our editorial policies and guidelines section in addition to our fact checking policy and most importantly, our terms of service. All links on this site could lead to commissions paid to the publisher. Please see Advertising Disclosure in sidebar. Subscribe to Brian Rinker (via RSS)

What About Ilhan Omar’s Selective Memory?

Unhinged California Driver Runs Over Doctor, Goes Back, Stabs Him to Death;…

Op-Ed: Busted – The Only Two Studies Used by The…

Ohio Trans Woman Charged with Exposing Themselves to Minor…

Joe Mcdermott
Prev Next 1 of 737
This site uses cookies for various purposes. We're legally required to request your consent. Click accept to close this message. If you do not agree, please immediately exit the service or click more to learn why.
Accept More
Privacy & Cookies