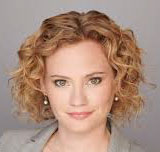 By Jenn Stanley On Jul 13, 2019
Share
How To Register and Own Website Addresses (.com, .net, .org, etc) For Under $20/year. [REGISTER DOMAIN NAMES]
To comply with FTC regulations, all links could lead to commissions paid to the publisher. Please see Advertising Disclosure in sidebar.

NEW YORK – People in more than 600 cities across five continents are holding vigils tonight to protest the Trump administration’s immigration policies and call for an end to migrant detention.

The “Lights for Liberty” rallies are a response to continued reports of inhumane conditions and family separations. Hundreds of migrants a day are processed through New York’s Foley Square, one of 42 vigil sites in the state of New York alone.

Alison Hirsh, vice president and political director with the Service Employees International Union 32BJ – one of the event sponsors – said she isn’t surprised that so many have organized vigils.

“I think it’s another testament to the fact that the majority of Americans believe that people are people, whether they’re native-born in the United States, or whether they come here to seek a better life for themselves and their families,” said Hirsh. “People are angry and upset, and want to stand up and say, ‘Not in our name. We are going to fight back.'”

In Foley Square from 7 to 9 p.m., advocates, activists and people who’ve been affected by the detention policies will speak, with a silent candlelit vigil to follow. Speakers at that event include actor Rosie O’Donnell, and Women’s March co-founder Linda Sarsour.

According to Hirsh, SEIU decided to sponsor these vigils because the union sees U.S. immigration policy as a workers’ rights issue.

“Immigrants come to this country to find work and build a better job for themselves and their children, and their families,” she explained. “That has been the history of the United States, and it continues to be the reason people come today. So, if this isn’t a labor issue, I don’t know what is.”

Hirsh added that many SEIU members are directly impacted by the detention and deportation policies. She said she hopes the vigils shine more light on the inhumane treatment of immigrants and their families.

Jenn Stanley is a journalist, writer, and audio producer living in Chicago, Illinois. Her work has appeared in the Guardian, Salon, the Windy City Times, and Next City, among others, and she’s worked as a facilitator at Story Corps. She has an M.S. in journalism from Northwestern University.

Disclaimer (varies based on content, section, category, etc.): News articles on this site may contain opinions of the author, and if opinion, may not necessarily reflect the views of the site itself nor the views of the owners of The Published Reporter. For more information on our editorial policies please view our editorial policies and guidelines section in addition to our fact checking policy and most importantly, our terms of service. All links on this site could lead to commissions paid to the publisher. Please see Advertising Disclosure in sidebar. Subscribe to Jenn Stanley (via RSS)

How Should A Constitutional Sheriff Respond To The Unconstitutional Legislation Of Corrupt Legislators Like South Florida’s Gary Farmer?

Stephen Leeb PhD
Prev Next 1 of 2,400
This site uses cookies for various purposes. We're legally required to request your consent. Click accept to close this message. If you do not agree, please immediately exit the service or click more to learn why.
Accept More
Privacy & Cookies