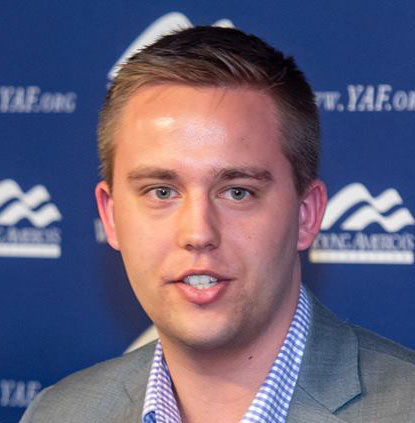 By Anders Hagstrom On Mar 12, 2019
Share
How To Register and Own Website Addresses (.com, .net, .org, etc) For Under $20/year. [REGISTER DOMAIN NAMES]
To comply with FTC regulations, all links could lead to commissions paid to the publisher. Please see Advertising Disclosure in sidebar.

SCOTLAND – The IRA claimed responsibility for four letter bombs found in London and Glasgow Tuesday, telling police there is a fifth explosive that has yet to be found.

The four devices arrived at three buildings in London and the University of Glasgow on March 5 and 6, CNN reported. Police issued a statement saying the devices resembled those used by “dissident groups associated with Northern-Ireland related terrorism,” and that police opened a line of inquiry into that possibility.

The IRA first claimed responsibility by contacting a local news station in Northern Ireland Monday, with police confirming that the caller used a code word common in the IRA, according to CNN. The mail bombs also sported Irish stamps and post marks, according to The Irish Times.

“This was a reckless and cowardly attack on the entire community. I condemn in the strongest possible terms the people who carried out this act,” Irish Minister for Justice Charlie Flanagan said. “We must work together to reject those isolated groups who would discard the accomplishments of the peace process for all communities on these islands for their own narrow objectives. Their futile agenda will not succeed.”

The individual who claimed responsibility specified that three devices had been sent to commercial targets and the remaining two were sent to British Army recruitment centers, according to The Telegraph. One of those devices remains unaccounted for.

Authorities in the U.K. have contacted businesses with instructions on how to address any explosive devices they receive.

Disclaimer (varies based on content, section, category, etc.): News articles on this site may contain opinions of the author, and if opinion, may not necessarily reflect the views of the site itself nor the views of the owners of The Published Reporter. For more information on our editorial policies please view our editorial policies and guidelines section in addition to our fact checking policy and most importantly, our terms of service. All links on this site could lead to commissions paid to the publisher. Please see Advertising Disclosure in sidebar. Subscribe to Anders Hagstrom (via RSS)

Op-Ed: What is the Motivation of Mainstream Media’s Constant Barrage of Accusations…

Op-Ed: Calling Hokum and Hogwash on Balenciaga’s Apology for Bondage Ad Pics with…

Op-Ed: The Reason for the Season is Jesus – Not Drag Queens in Places of…

Op-Ed: Mighty Moms Across the U.S. Are Standing Up and Speaking Out for Children

Biden States that “Semi-Automatic” Firearms are “Sick” and Should Be…

Melissa Martin, Ph.D.
Prev Next 1 of 1,964
This site uses cookies for various purposes. We're legally required to request your consent. Click accept to close this message. If you do not agree, please immediately exit the service or click more to learn why.
Accept More
Privacy & Cookies