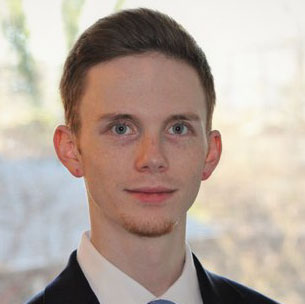 By Alec Schemmel On Feb 26, 2019
Share
How To Register and Own Website Addresses (.com, .net, .org, etc) For Under $20/year. [REGISTER DOMAIN NAMES]
To comply with FTC regulations, all links could lead to commissions paid to the publisher. Please see Advertising Disclosure in sidebar.

WASHINGTON – While China has pushed for communist-based economic reforms in the East, Vietnam has chosen to approach the North Koreans at this weeks summit in Hanoi with a very different sentiment.

The summit will play host to negotiations between President Donald Trump and North Korean leader Kim Jong Un regarding nuclear disarmament, which Un has indicated will only happen if American economic sanctions are lifted.

For Vietnam improved diplomatic and economic relationships with the United States has developed Vietnam into an emerging Southeast Asian economy, and they are urging North Koreans to follow suit.

“The success of the Vietnamese economy is due to its decision to normalize relations with the United States in 1995,” Maj. Gen. Le Van Cuong, the former director of the Institute of Strategic Studies at the Vietnamese Ministry of Public Security, said to the New York Times.

On a trip to Vietnam in July, Secretary of State Mike Pompeo said the president believed North Korea had the capacity to duplicate the same “once-unimaginable prosperity and partnership,” Vietnam now holds with America.

“I would say to our North Korean friends that as long as they have a conflict with the United States, they will not be able to develop their economy properly,” said Cuong.

For Vietnamese exports the United States is a top destination, but China is still Vietnam’s biggest trading partner, according to the NYT.

“China will try every possible tactic to keep North Korea in its arms because it wants a country to control,” General Cuong said to the NYT. “Luckily, North Korea has the necessary conditions to escape China’s grip if it deepens its relationship with America.”

In his interview with the NYT, Cuong pointed out that allies closer to China have not done as well economically, compared to countries with closer American ties.

“We are both Communist countries, but people like me in Vietnam don’t want to develop the same way that China has,” Nguyen Ngoc Anh, professor at the Foreign Trade University in Hanoi, said to the NYT. “We want to follow the Western-oriented way.”

The Pew Research Center’s Global Indicators Database, indicates that Vietnam’s favorability rating for the United States stood at 84 percent in 2017.

Since the United States has stepped away from the Trans-Pacific Partnership, Vietnam has become more vulnerable to Chinese economic rule, which can ultimately stifle guarantees for workers and generate less official transparency, according to the NYT.

WASTE: Obama Holdovers Are Trying To Keep An Agency Trump Wants To Eliminate; Says Just Duplicates the Work of Other Agencies

Op-Ed: Calling Hokum and Hogwash on Balenciaga’s Apology for Bondage Ad Pics with…

Op-Ed: Mighty Moms Across the U.S. Are Standing Up and Speaking Out…

House Republicans Plan to Use New House Majority to Launch…

George McGregor
Prev Next 1 of 499
This site uses cookies for various purposes. We're legally required to request your consent. Click accept to close this message. If you do not agree, please immediately exit the service or click more to learn why.
Accept More
Privacy & Cookies