Farrakhan Declares He Is Not “Anti-Semite” But Rather “Anti-Termite” 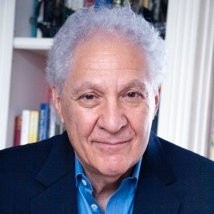 By Sam Bierstock On Feb 15, 2019
Share
How To Register and Own Website Addresses (.com, .net, .org, etc) For Under $20/year. [REGISTER DOMAIN NAMES]
To comply with FTC regulations, all links could lead to commissions paid to the publisher. Please see Advertising Disclosure in sidebar.

WEST PALM BEACH – In yet another of his anti-Semitic declarations, Lou Farrakhan, recently declared that he is not an anti-Semite, but rather that he is an anti-Termite.

How unfortunate. Termites throughout the insect community should be incensed.

Like the Jewish people, who transformed a desert into lush, forested and productive land, termites recycle dead and decaying trees into new highly fertile soil – creating the base for new, healthy forestation.

Termites can do what few other insects are able to do. Extremely tough, they are able to digest cellulose, which benefits themselves but also the bacteria and protozoa they host in a symbiotic relationship. They provide a safe environment for other important organisms while helping the growth of the land around them. So termites actually improve and support the lives of the other organisms they live with.

Termites have strong family values – the male stays with the same female and they reproduce regularly. The male even helps feed their young.

I am sorry Lou, but termites have been around a long time – as long as 100 million years.  And here we are talking about them, while incidentally, history has no memory of a single anti-termite. The Jewish people have been around for 4,000 years, contributing to medicine, science, art, technology and the advancement of mankind far in excess of any other group of people in proportion to their numbers. The occasional anti-termite is unlikely to stop termites – and I can assure you that a loud-mouthed, self-entertaining, racist anti-Semite who turns on the very people who worked and sacrificed to support the march to equality of his own people,  won’t stop the Jewish people’s  amazing contributions to humanity either.

There are many trees in the forest – maple, pine, cedar, oak etc. Even the termites must deal with an occasional ash. It doesn’t slow them down.

Sam Bierstock has been a contributing editor, author or editorial consultant for approximately 20 publications and has been featured on healthcare matters by the Wall Street Journal, National Public Radio and many other broadcast and print media venues.

Disclaimer (varies based on content, section, category, etc.): News articles on this site, especially those in the opinion category, may contain opinions of the author, and if opinion, may not necessarily reflect the views of the site itself nor the views of the owners of The Published Reporter. For more information on our editorial policies please view our editorial policies and guidelines section in addition to our fact checking policy and most importantly, our terms of service. All links on this site could lead to commissions paid to the publisher. Please see Advertising Disclosure in sidebar. Subscribe to Sam Bierstock (via RSS)