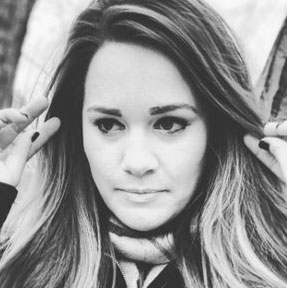 By Jessica Kramer On Feb 5, 2019
Share
How To Register and Own Website Addresses (.com, .net, .org, etc) For Under $20/year. [REGISTER DOMAIN NAMES]
To comply with FTC regulations, all links could lead to commissions paid to the publisher. Please see Advertising Disclosure in sidebar.

Northam came under fire after a 1984 medical school yearbook page that included a photo of someone in blackface and someone in a KKK uniform emerged. He first apologized, then said he was neither of the individuals in the photo, and then admitted to darkening his face for a Michael Jackson costume.

One student said it was a “blow in the face,” especially since he has strong support from the black community.

Another female student said whiteface wasn’t as bad as blackface and compared it to reverse racism being the same as racism against oppressed minorities.

“It’s almost like saying reverse racism is the same thing as racism against minorities. It’s not the same, it’s not even the same thing that you could compare. As white people, you guys don’t really experience racism as other minorities would.”

Watch some of The Daily Caller News Foundation’s other videos and subscribe to our YouTube channel to make sure you never miss out on a great video.

Jessica Kramer is a video journalist for The Daily Caller News Foundation. Her work appears in several publications including The Daily Caller, The Federalist, BUST Magazine, The Chronicle, The Western Journal and others.

Disclaimer (varies based on content, section, category, etc.): News articles on this site may contain opinions of the author, and if opinion, may not necessarily reflect the views of the site itself nor the views of the owners of The Published Reporter. For more information on our editorial policies please view our editorial policies and guidelines section in addition to our fact checking policy and most importantly, our terms of service. All links on this site could lead to commissions paid to the publisher. Please see Advertising Disclosure in sidebar. Subscribe to Jessica Kramer (via RSS)

Trump On Immigration: No Issue Better Illustrates The Divide Between Political Class And Working Americans