By Chuck Ross On Feb 1, 2019
2 2
How To Register and Own Website Addresses (.com, .net, .org, etc) For Under $20/year. [REGISTER DOMAIN NAMES]
To comply with FTC regulations, all links could lead to commissions paid to the publisher. Please see Advertising Disclosure in sidebar. 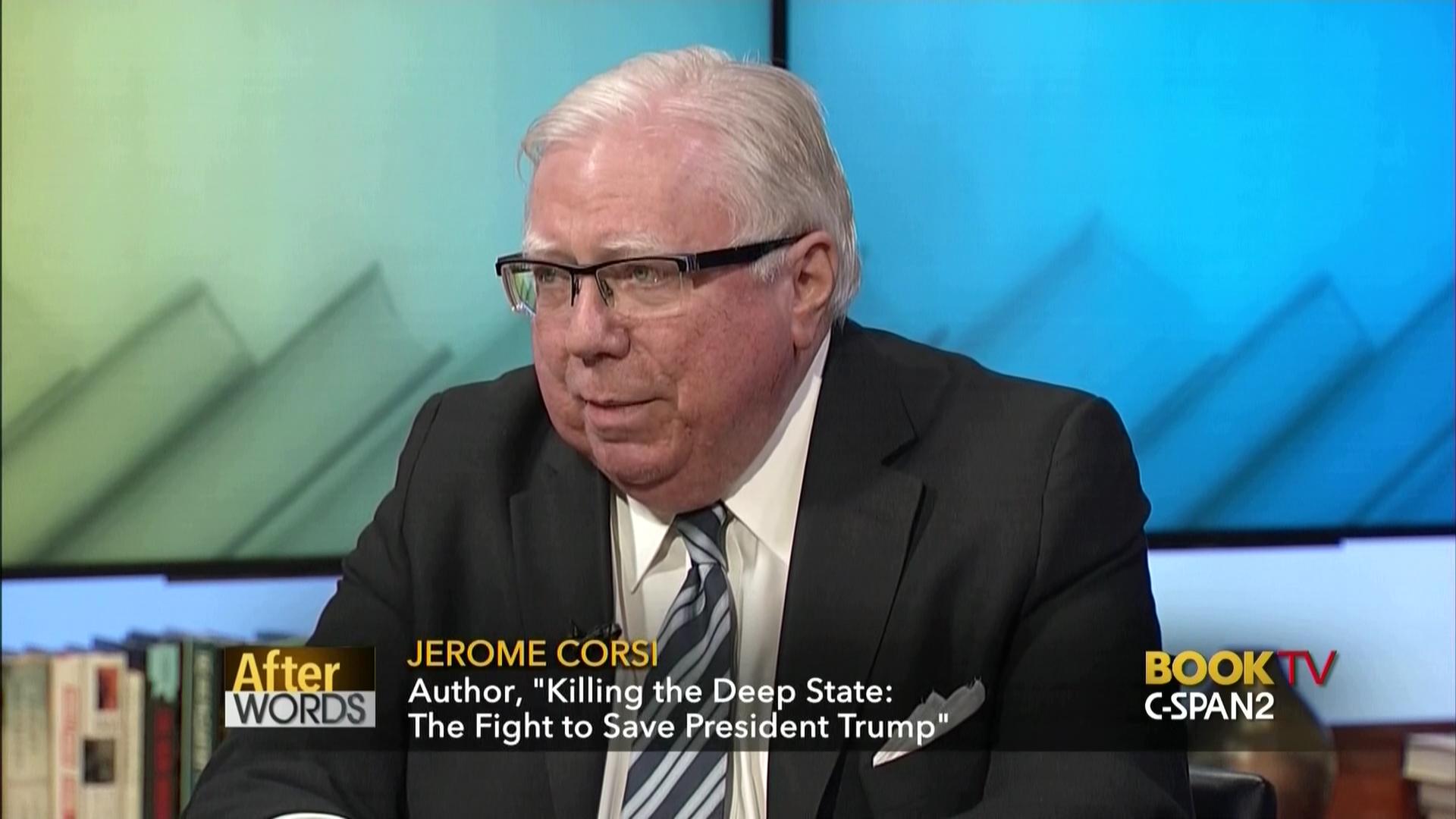 If true, the allegation could pose additional legal problems for Stone, who was indicted Jan. 25 on charges in the special counsel’s investigation related to his conversations about WikiLeaks. But Stone has vehemently denied having advance knowledge of the “Access Hollywood” tape. He also disputes Corsi’s claims from his book, calling them “absurd.”

Nevertheless, Corsi repeated the allegation and several others in numerous TV interviews and in his new book that seems to undercut Stone by accusing him of taking part in several cover-ups.

But now, the former InfoWars correspondent is acknowledging his recollection of events could be wrong, while Stone could be right.

“My recollections are not always accurate against an objective sense of truth, whatever that means,” Corsi said on the “Skullduggery” podcast, which aired Friday.

“My recollections and Roger’s differ on this. Now, I’m not maintaining that my recollection is true and his is false.”

“I can only testify to you as to my recollection. Roger is entitled to his own,” he continued, adding later that, “I make memory mistakes all the time.”

Corsi and Stone have exchanged legal threats in recent weeks over Corsi’s public statements about the “Access Hollywood” story.

Stone has called Corsi a “Judas” and accused him of lying in interviews and before special counsel Robert Mueller’s grand jury. Corsi has responded by threatening legal action against Stone. He has also recently accused Stone of possible witness tampering.

My support of Pres. Trump has never wavered. I have NO evidence whatsoever about @realDonaldTrump – Roger Stone is accused of lying to Congress (NOT COLLUSION), now Roger is lying about me, defaming me every day, giving Mueller more evidence Roger is witness tampering. Pls STOP https://t.co/xpfMncp5O8

Stone was indicted Jan. 25 on seven charges in the special counsel’s probe, including five charges of making false statements to Congress, one charge of obstructing an official proceeding, and one charge of witness tampering.

He is accused of attempting to influence left-wing radio host Randy Credico to not testify before the House Intelligence Committee. Stone claims Credico was his source for information about WikiLeaks’ plans to release information on Hillary Clinton during the campaign. Credico has denied the claim, though text messages he exchanged with Stone showed he provided insights into WikiLeaks’ activities in the run-up to the release of the Podesta emails.

Prosecutors want to know whether Stone had another back channel to WikiLeaks, and whether that back channel was Corsi. Stone and Corsi exchanged at least three emails during the 2016 campaign in which Assange is referenced. Stone also said in August 2016 that he had communications with Assange, who is living under asylum in London.

Corsi was subpoenaed in the special counsel’s investigation Aug. 28, 2018, and has since testified twice to Mueller’s grand jury.

In addition to the “Access Hollywood” claim, Corsi made two other allegations that Stone vehemently denies:

Stone also denies those allegations. He claims Corsi did not tell him that WikiLeaks had Podesta’s emails. Corsi did send Stone an email Aug. 2, 2016, in which he said that “word is” Assange planned to release two batches of emails in October 2016. The email also refers to Podesta, but does not state that Podesta’s emails were among the documents to be released.

Corsi now says he believes the email shows he was telling Stone WikiLeaks had the Podesta documents. Corsi maintains he was not told WikiLeaks had the emails. Instead, he claims he deduced on his own that WikiLeaks must have had the Clinton campaign official’s emails.

Stone also disputes the “cover story” allegation. In Corsi’s telling, Stone wanted him to write a memo laying out Podesta’s various business activities in order to cover for the Podesta tweet. Stone notes that his tweet referred to “the Podesta’s,” as in John and his brother Tony Podesta. He also insists that he had no need for a cover story at the time because he did not receive heat for the tweet until after WikiLeaks published Podesta’s emails six weeks later.

Corsi has faced little scrutiny about his allegations in his various interviews. Interviewers have failed to ask him to identify other associates with whom he claims to have shared his WikiLeaks-Podesta theory.

Corsi also noted in an interview with MSNBC’s Ari Melber on Monday he has no proof to back up his claims. In his book, he writes he did not remember his interactions with Stone on the day of the “Access Hollywood” tape release until asked about it by prosecutors during a proffer session Sept. 17, 2018.

Corsi does provide one detail in his book that could shed light on whether his recollection about Oct. 7, 2016, is accurate.

Corsi writes that though he had no way of contacting WikiLeaks, he took part in a conference call with his colleagues at WorldNetDaily (WND), the conservative website, and mentioned Stone’s request. He’s said that he asked WND staff to attempt to reach out to WikiLeaks or Assange.

But two of Corsi’s former colleagues at WND told The Daily Caller News Foundation they have no recollection of Corsi discussing “Access Hollywood,” Stone or WikiLeaks the day of the tape and email dumps.

Both WND employees said they are usually on the site’s daily editorial calls. They also said they do not recall Corsi saying anything about WikiLeaks having Podesta’s emails prior to their publication.

Corsi’s attorney declined comment in response to a detailed list of questions about his client’s claims. Corsi did not answer a phone call seeking comment Friday.

Stone issued a “no comment” for this article but added “my public denial of [Corsi’s] allegations does not constitute witness tampering.”

The battle between Corsi and Stone could end up being moot, given that Stone was not indicted on any charges related to Corsi’s grand jury testimony. Corsi has made that point in his interviews, noting the seven charges against Stone rely only on what Corsi wrote in emails.

Chuck Ross is an investigative journalist for independent news and media organizations in the United States. Ross also contributes to sites such as The Daily Caller, Fox News, C-SPAN, The Daily Signal and The Western Journal.

Disclaimer (varies based on content, section, category, etc.): News articles on this site may contain opinions of the author, and if opinion, may not necessarily reflect the views of the site itself nor the views of the owners of The Published Reporter. For more information on our editorial policies please view our editorial policies and guidelines section in addition to our fact checking policy and most importantly, our terms of service. All links on this site could lead to commissions paid to the publisher. Please see Advertising Disclosure in sidebar. Subscribe to Chuck Ross (via RSS)

Op-Ed: Pray the Inflation Reduction Act Will Not Pass in the House of Representatives

Former NYPD Commissioner Claims Democrats May be Plotting to…