By Alan Bergstein On Jan 27, 2019
Share
How To Register and Own Website Addresses (.com, .net, .org, etc) For Under $20/year. [REGISTER DOMAIN NAMES]
To comply with FTC regulations, all links could lead to commissions paid to the publisher. Please see Advertising Disclosure in sidebar. 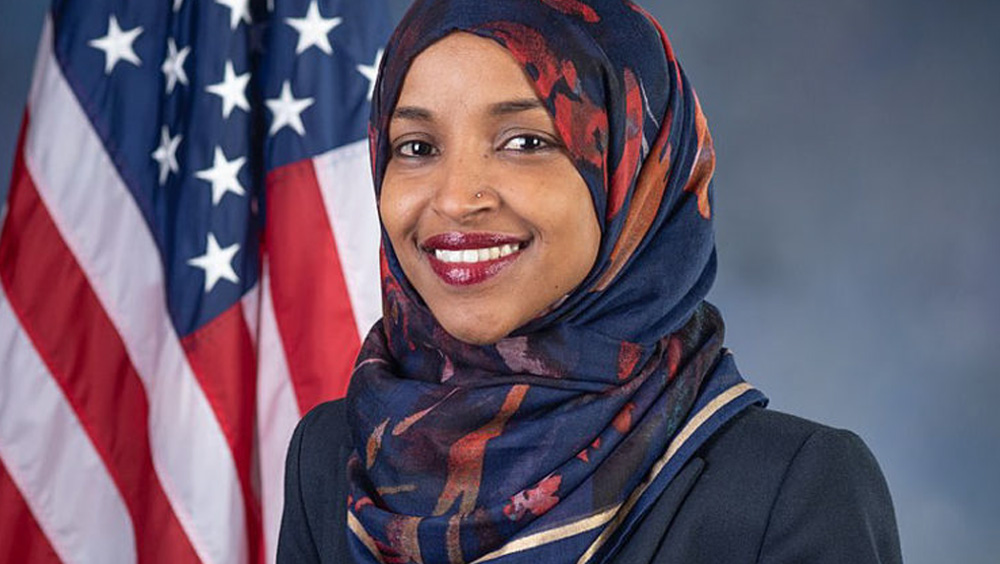 NEW YORK, NY – The entire Democratic Party, if they had any sense of conscience, morality or decency would have urged its House Leader, Nancy Pelosi to rethink and rescind her appointment of newly elected African-American/Muslim/radical congresswoman, Ilhan Omar, (D-MN), to a coveted seat on the all important House Foreign Affairs Committee.

In fact, there is no doubt that Pelosi cleared the assignment with that group’s chair, Eliot Engel, who is among 5 Jewish Democrat members of that group. Brad Sherman (D-CA) did not utter a peep at the announcement and Ted Deutch (D-FL) with his usual wide-eyed smile, when asked to comment on this matter, uttered these meaningless words,

“Let’s continue the proud bipartisan work of the committee in promoting American values and defending human rights around the world, standing firmly with our allies and against our enemies.”

Wasn’t Teddy Boy aware that Omar openly supports the BDS movement against Israel? That she has called Israel an “apartheid regime that has hypnotized the world?” That she has called upon her lord, Allah to heap punishment on the Jewish state? Should Jewish Democrat voters who supported Hillary and her party by the tune of 71% in the last election be a bit concerned about the seating of newly elected Democrat congresswomen such as Omar, Alexandria Ocasio-Cortez, Rashida Tlaib, Deb Haaland and Ayanna Pressley, all of whom are terror supporting and anti-Semitic, who would openly torpedo America’s support for the state of Israel and wreak havoc on domestic Jewish issues? Are we viewing the origin of Jew hating feminist “Brown Blouses” rather than the”Brown Shirts” of Nazi Germany who were in the forefront of the Holocaust?

And let’s take a look at the Anti-Defamation League, to all intents and purposes, an ACLU supported by Jewish $ that had not one word on its web page about Omar’s appointment. Rather it deemed fit to post an angry letter from its CEO, Jonathan Greenblatt, to both Dem leader, Nancy Pelosi and her counterpart Republican, Kevin McCarthy, demanding they censure and strip Iowa Republican House member Steve King of his committee seats and censure him for his alleged pro-White Supremacy remarks.

Months ago, I asked Paul Ryan to strip @SteveKingIA of his rank and membership for his offensive comments. After King’s latest remarks, I make the same request again to new House leadership; I hope to see more action this time. My letter here: https://t.co/kuPdx3GBUx pic.twitter.com/RJAIbB5fdw

But Omar’s open, unquestioned hatred for Jews and Israel apparently are of no concern to the ADL. She’s a combination of many protected species: a woman, a Muslim, a Democrat and to boot, an African-American. And speaking of African-American Congresspeople who are Jew haters, we wonder why the ADL never repudiated or called out the Black Congressional Caucus for having as its guest, in 2005, Louis Farrakhan, who posed for a photo-op with a joyous crowd that included then Senator Barack Obama?

The photo that never saw the light of day: Obama with Farrakhan in 2005 https://t.co/nUrPbYVy0q pic.twitter.com/MrjqRdJy9G

Are we to assume that black and Muslim Jew haters are exempt from the wrath of the ADL. You got it!!!

Alan Bergstein is the current President of The Judeo/Christian Republican Club of Palm Beach County. He is also known as a lecturer, columnist and editorial writer for The NY Jewish Voice, a retired NYC school principal, father of four and Korean War veteran. Alan's material appears in The Published Reporter® with his explicit permission.

Disclaimer (varies based on content, section, category, etc.): News articles on this site, especially those in the opinion category, may contain opinions of the author, and if opinion, may not necessarily reflect the views of the site itself nor the views of the owners of The Published Reporter. For more information on our editorial policies please view our editorial policies and guidelines section in addition to our fact checking policy and most importantly, our terms of service. All links on this site could lead to commissions paid to the publisher. Please see Advertising Disclosure in sidebar. Subscribe to Alan Bergstein (via RSS)

Dick Morris: Mar-a-Lago Raid Was Search For Documents To…