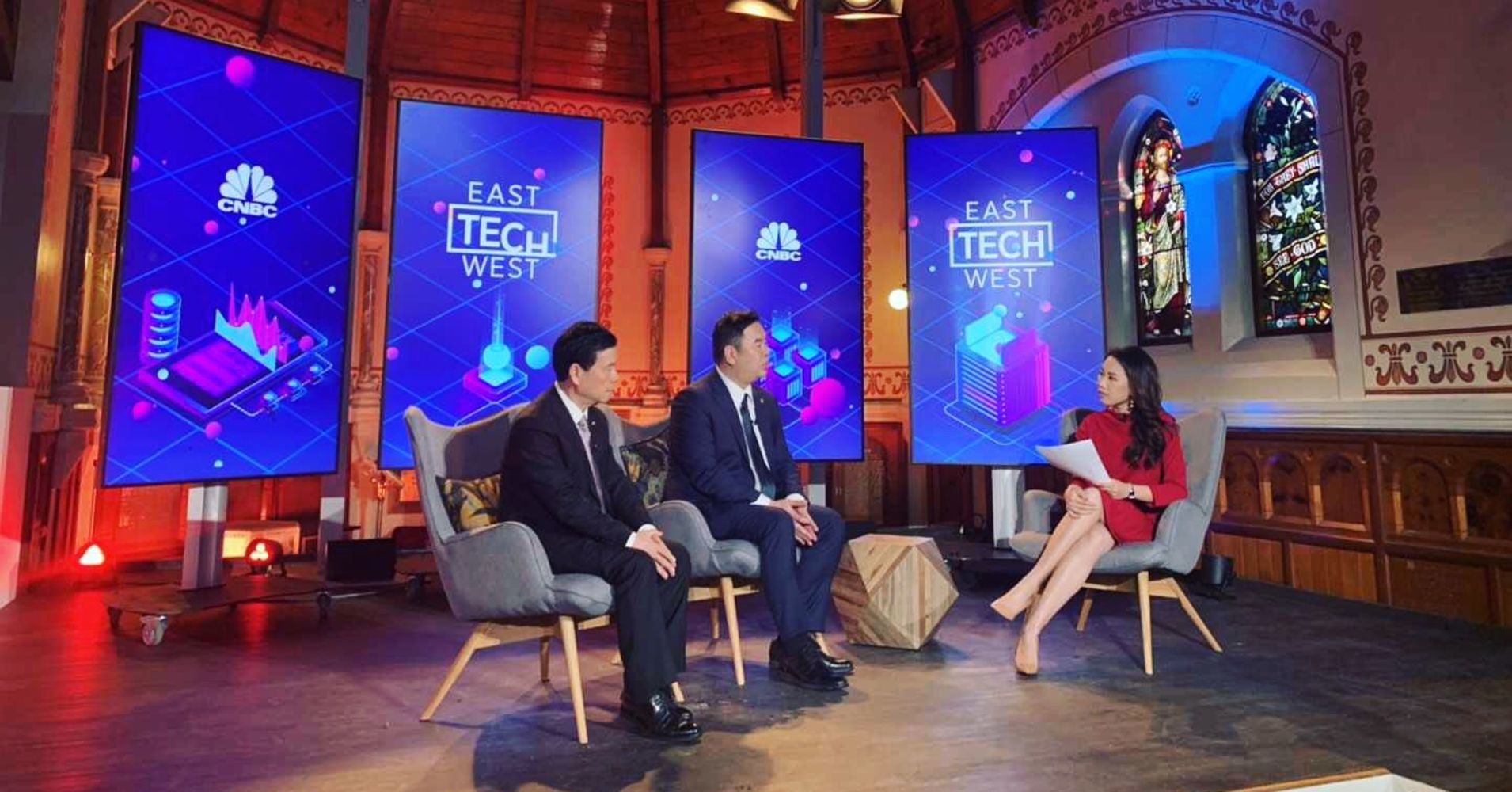 At the break of dawn on Jan. 23, Chinese businessman Zhang Jin stepped out from his limousine, walked a few steps in the cold air of minus 16 Celsius degrees, then entered the Sunstar Hotel in Davos.

The 47-year-old, who ranks as the 46th richest individual in China according to Forbes, had a busy schedule during this year’s World Economic Forum. The day before, Zhang joined the mayor of Guangzhou and other Chinese delegates for meetings that included Natixis CEO Francois Riahi and Ibrahim Al-Omar, governor of the Saudi Arabian General Investment Authority.

And as Zhang arrived at the Sunstar Hotel, he was set to meet Gennadiy Chyzhykov, president of the Ukrainian Chamber of Commerce and Industry, to sign an agreement helping Ukraine sell more commodities to China.

That afternoon, Zhang joined a panel at CNBC’s East Tech West session at Davos’ Sanctuary venue, telling the audience that the agreement was announced with a clear line in mind: Globalization remains a priority for Chinese companies.

That was the gist of the message from multiple Chinese business leaders, who keyed in on major Chinese projects, their desire to see the end of the ongoing U.S.-China trade war and their optimism that Asia’s largest economy will continue to drive global growth.

China’s Greater Bay Area is an ongoing project to combine nine cities in the southern province of Guangdong with Hong Kong and Macau. The plan is to create a metropolitan juggernaut with integrated capital flows, workforces and trade opportunities, ultimately forming an eastern technology hub to rival Silicon Valley.

That development is also seen as forming an innovation center for the Belt and Road Initiative — Beijing’s globe-spanning investment program to build a vast infrastructure network tying international economic flows to China.

At Davos, Chinese delegates promoted both the Greater Bay Area and the Belt and Road.

“China is one of the biggest commodity importers, but we don’t have the say for market’s price setting yet,” said Zhang. “We’d like to push our supply chain more globally through our international deployment, and connect it with our local suppliers. With our international partners, we can build a global network, which can help to raise our voices in the global price setting for commodities.”

“The development of China’s Greater Bay Area is also a very good push to make China the center of the world,” he added.

Still, it all comes back to the wider infrastructure program. As Zhang told CNBC during his Mandarin-language panel discussion: “It’s the Belt and Road Initiative that makes our [international] deals possible.”

Zhang’s message was echoed by the other Chinese businessman on the CNBC panel.

“Under the Belt and Road Initiative, we’ve had our footprints in 18 countries,” said Zeng Qinghong, chairman of Guangzhou Automobile Group (GAC). “In the Middle East, in Central Asia and in countries like Russia, we have a lot of opportunities to go into markets there.”

And even more opportunities could open up, Zeng said, if the ongoing U.S.-China trade war draws to a close: “We hope once the trade war between the U.S. and China stops, we can enter the U.S. market.”

But even in the absence of a trade agreement between Washington and Beijing, Zeng said his company is still going global at full speed.

“Globalization is the goal for GAC,” he said. “We like to start the internationalization with our talents and research centers, then we want to push our products globally.”

But all is not rosy in China’s business landscape. Earlier this week Beijing announced that its GDP grew last year at the slowest pace since 1990. And amid that economic slowdown, China’s authorities are unrolling new stimulus measures to avoid a hard landing, and ratings agencies are warning about Chinese firms capacity to pay their debts.

Yet despite all that, Zhang and Zeng expressed confidence about their country’s growth prospects.

“China can generate its own domestic consumption, which can drive its own economy to grow better,” Zhang said. “During the last four decades of opening up, for every eight to 10 years, we would hear such pessimistic views, but our central government has always created miracles.”

“I do not believe such a challenge can’t be overcome. I certainly do not believe 2018 will be the best year in the next decade. I do not agree with that,” Zhang added.

Both business leaders’ commentary mirrored the lines from other Chinese representatives attending the 2019 World Economic Forum. That included Chinese Vice President Wang Qishan, who tried to ease the fears about China’s economic slowdown and argued that the country’s growth “will continue and will be sustainable.”