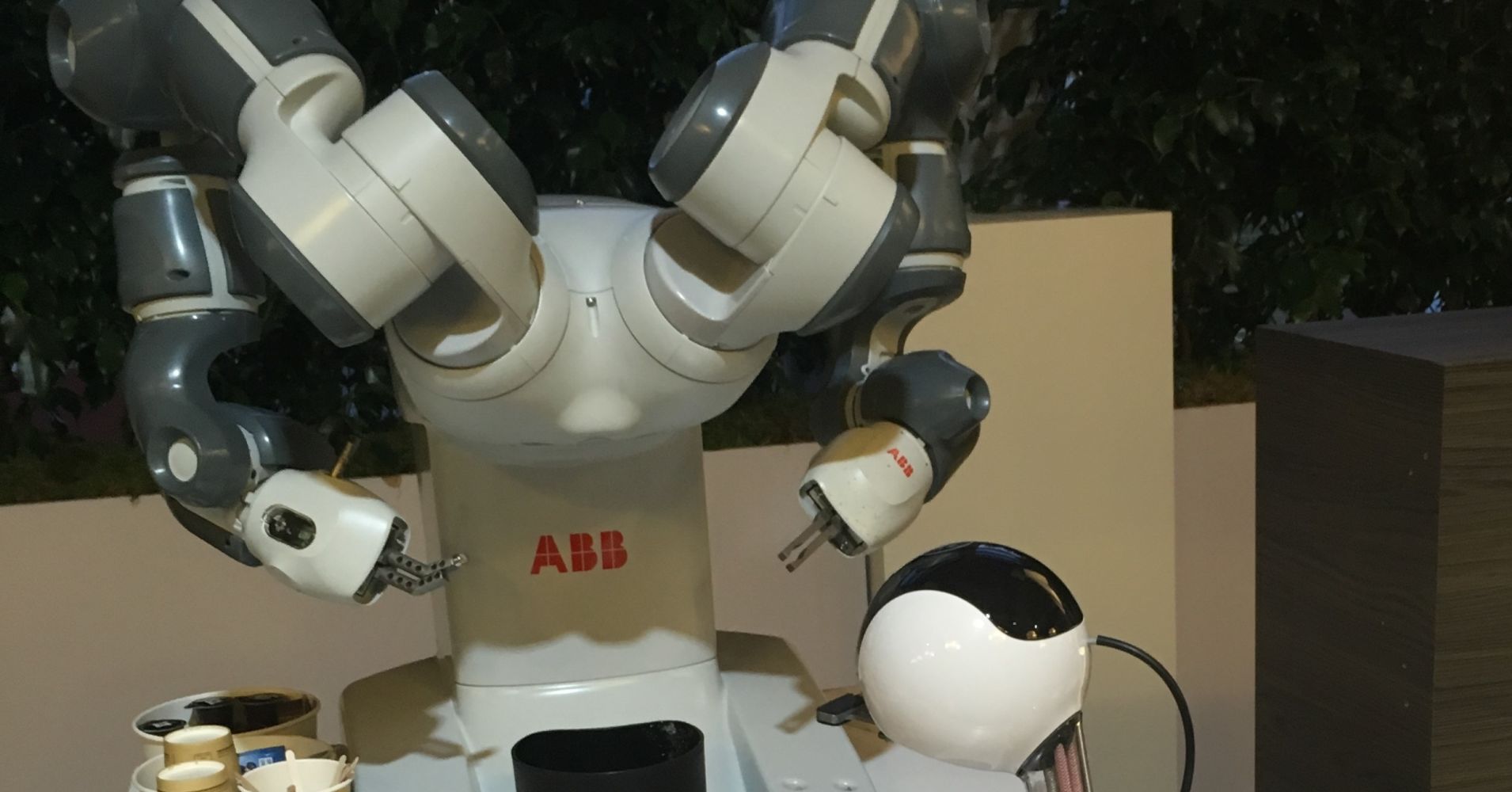 “Hi, I would like a robot coffee!,” a female participant at the World Economic Forum (WEF) in Davos says as she arrives at the Garden Lounge in the main congress center.

It’s a coffee space, decorated in white and light-colored wood furnishings, where people gather between sessions at this year’s event.

Next to the main coffee counter there’s a highly visible robot called YuMi. Benoit Gerber, a local product manager at Swiss-Swedish multinational ABB, told CNBC the robot is about four years old, and making an appearance at WEF for the first time.

YuMi is used in different sectors with its precision and arm mobility, Gerber said, mentioning that the robot is used to make mobile phones, watches and work with glass. It’s used as a demonstration model for to show people for robotic technology can achieve.

“Our CEO wanted something fun,” Gerber said about why the robot is being used to make coffee. In less than 90 seconds, it operates a Nespresso coffee machine to make a mug of joe, without forgetting to remove the capsule.

A key focus of Davos in recent years has been how to deal with the inequalities thrown up by globalization, which includes automation and the effect it’s had, and will have, on the workforce. So the coffee robot may also serve as a timely reminder for delegates that change is just around the corner.

Will the Chiefs’ defense stop Tom Brady and the Patriots in the AFC Championship? | First Take