General Electric shares are up more than 16 percent to begin the year, but Wall Street’s top analyst on the stock told investors Thursday that this run has been “a show about nothing.”

“GE has continued to outperform in 2019 on hope for a recovery underpinned by almost no hard data or tangible new news,” J.P. Morgan’s Stephen Tusa said.

Tusa said reports that GE may sell its key aviation business “do not count” as a positive driver for the stock. Rather, the potential sale of GE Capital Aviation Services is evolving from a “big perceived positive to potentially disadvantageous,” Tusa said.

“An apparent inability to sell [GECAS] after being shopped now twice in the last 6 months … or a sale below book would not only be not positive but could suggest more desperation to bring cash at any cost,” Tusa added.

He cautioned investors to wait until GE reports fourth-quarter earnings, expected before the bell on Jan. 31. Tusa was the first analyst to go negative on GE in May 2016 when the stock was above $30. His reports often move the stock, as was the case in mid-December when he suggested that a $6 price was likely the bottom.

“Either way, much of this debate should become clearer within the next week as earnings will provide some necessary direction with tangible numbers and potential clarity around portfolio/balance sheet strategy, which we believe will be more dilutive than most assume,” Tusa said.

GE fell 0.2 percent in trading from Wednesday’s close at $8.73 a share. J.P. Morgan still has a neutral rating and a $6 price target on GE shares. 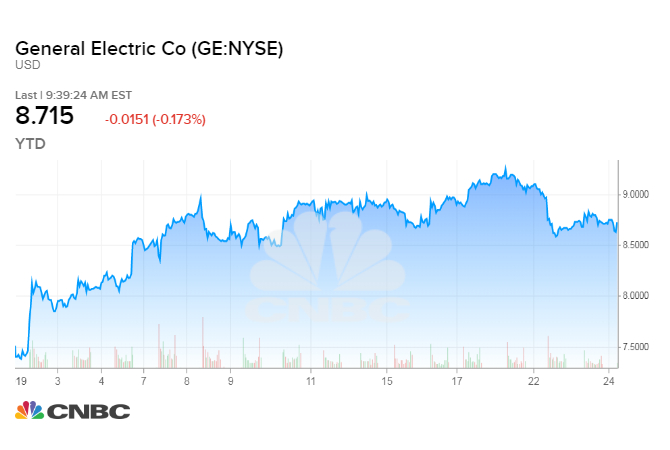 Christopher Boyle
Prev Next 1 of 784