‘Guys with guns’ will determine what happens next in Venezuela, former minister says 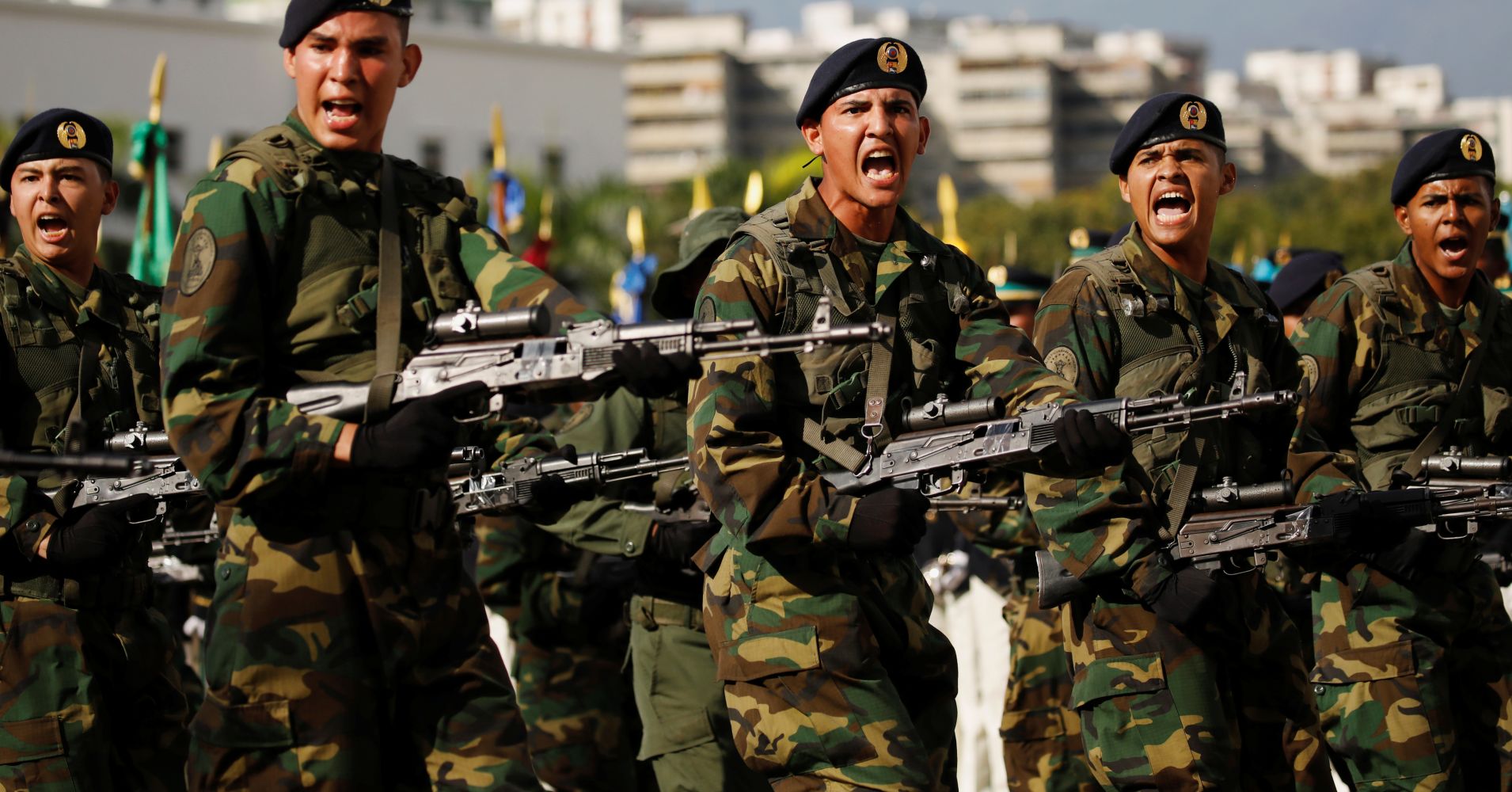 Venezuela is on the brink of a lasting change, according to Latin American leaders gathered at the World Economic Forum (WEF) in Davos.

The South American country is embroiled in fast-moving political crisis, after an opposition leader stood in the streets of Caracas on Wednesday and declared himself as the rightful interim president.

A flurry of world powers, including the U.S., immediately backed Juan Guaido, prompting a furious response from President Nicolas Maduro.

Maduro also dismissed Guaido’s claim to the presidency, saying it was part of an American-led conspiracy to orchestrate a coup from afar.

“There is no doubt that the behavior of guys with guns will define much of what will happen in the coming days and shape politics in Venezuela,” Moises Naim, a former Venezuelan minister now at the Carnegie Endowment for International Peace, said during a WEF panel session on Thursday.

Naim described Venezuela as a “criminalized country,” rife with local and transnational gangs “maybe even more lethal and more dangerous” than the military.

Guaido’s declaration takes Venezuela into uncharted territory, with the possibility of the opposition now running a parallel government recognized abroad as legitimate but without control over state functions.

As a result, millions of people have been driven out of the country amid hyperinflation, power cuts and severe shortages of basic items — such as food and medicine.

What happens next in Venezuela appears to hinge on the actions of the country’s military.

Guaido, who is calling for free and fair elections to be held in Venezuela as soon as possible, urged the military to disobey the government.

Political analysts told CNBC on Thursday it was certainly possible that escalating pressure from the international community could encourage lower-ranking officials to turn against Maduro’s government.

“One month ago, I would have said this was not possible. But it feels different this time,” Gabriele Saade, a research and project coordinator with La Mejor Venezuela Foro, a political think-tank based in Caracas, said Thursday.

“I think the costs of supporting the government are higher and higher every day,” she added.

At the start of the month, Maduro was sworn in for a second term.

The election, which was boycotted by the opposition amid claims of vote-rigging, prompted a fresh wave of protests.

Since the start of last year, 14 people have died as result of the demonstrations against the government, according to the Venezuelan Observatory of Social Conflicts rights group.

Maduro has presided over Venezuela’s spiral into its worst-ever economic crisis, with hyperinflation forecast to reach 10 million percent this year.

Some 3 million Venezuelans have fled abroad over the past five years to escape worsening living conditions.

When asked whether international military intervention would be the best approach to solve the crisis, Jose Valencia, Ecuador’s foreign minister, replied: “We disagree with that option.”

“We think it would have mostly negative impacts,” he added.