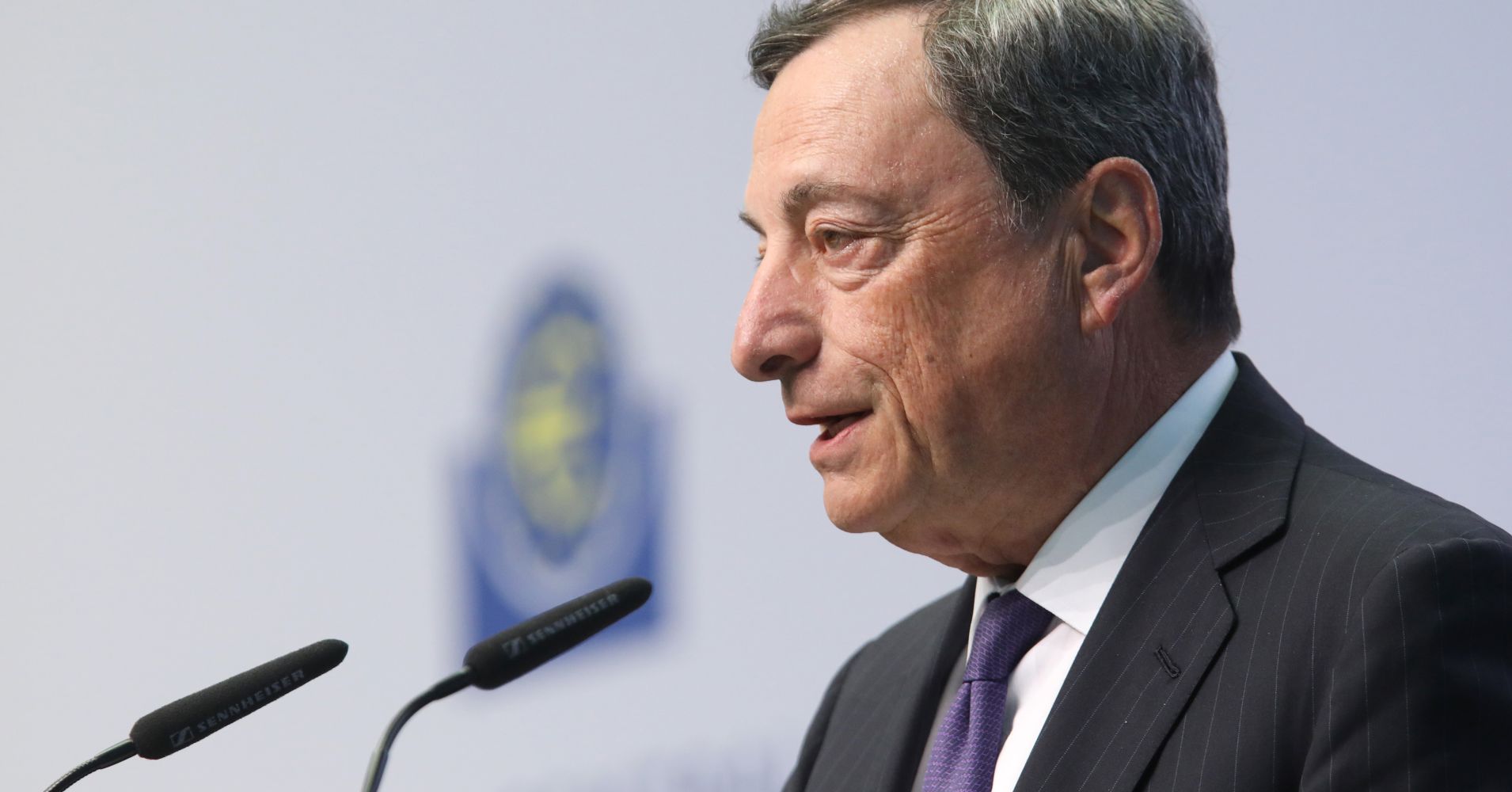 Speaking after the central bank’s rate decision, Draghi said that risks to the growth are now tilted to the downside.

“The risks surrounding the euro area growth outlook have moved to the downside on account of the persistence of uncertainties related to geopolitical factors and the threat of protectionism, vulnerabilities in emerging markets and financial market volatility,” Draghi said.

Draghi also reaffirmed the central bank’s stance to keep key interest rates at their present levels through the summer of 2019 and “longer, if necessary.”

The euro plunged to a one-month low, trading 0.5 percent lower against the dollar after Draghi acknowledged that risks had tilted to the downside and near-term data is likely to be weaker-than-expected.

Last month, the central bank formally brought an end to its $2.6 trillion bond buying program, meaning bond purchases fell from 15 billion euros a month to zero. It marked a historic moment for the bank as it brought an end to the crisis-era politics in the euro zone, despite coming at a difficult time for Europe.

The ECB, however, kept its plans to reinvest cash from maturing bonds for an extended period of time beyond its next interest rate hike. These purchases are designed to keep borrowing costs down through to sometime in 2021.

On Thursday, the ECB announced that it plans to continue its repurchase program for an extended period of time.

The ECB’s asset purchasing program — under which the bank bought more than 2.6 trillion euros ($2.9 trillion) — was introduced in March 2015 in a bid to rescue the euro zone economy from deflationary forces and rebuild confidence.

A lack of growth in Germany, France and Italy in the fourth quarter of 2018 prompted fears of recession among investors.

Earlier this month, the Federal Statistics Office said that Germany grew 1.5 percent in 2018. In 2017, it grew 2.2 percent. The recent numbers showed the weakest growth rate in five years.

In France, ongoing “Yellow Vest” protests are posing a serious threat to the economy as the country grapples with 10 consecutive weeks of unrest. The sometimes violent demonstrations began in mid-November over higher fuel taxes — which were subsequently scrapped — but have since morphed into a broader protest against the government.

Meanwhile, Italy continues to remain the problem child of Europe. Growing concerns over the country meeting its key budget deficit target have led analysts to predict tightening measures by the government. Rome is targeting the deficit at 2.04 percent of gross domestic product, but with growth slowing across the board, analysts expect a much higher figure.

Earlier this week, the International Monetary Fund (IMF) slashed its growth outlook for 2019 and 2020, reflecting signs of weakness in Europe, specifically in Germany and Italy. However, there are concerns that the sovereign debt crisis and the ECB’s subsequent bond-buying program have left the region with little options to address another economic crisis.

“We need to realize that from a monetary perspective there is no ammunition left in Europe, (the) interest rate is at an all-time low, and also the QE (quantitative easing) program which we are now building down … So if we really get to an economic slowdown in Europe, I think the central banks and governments, from a monetary point of view, have no ammunition left to address it,” Feike Sijbesma, CEO of DSM told CNBC at the World Economic Forum in Davos earlier this week.

The European statistics office, Eurostat, confirmed last month that the 19-member region grew at its slowest pace in four years in the third quarter of 2018. In its latest economic outlook report, the IMF warned that the uncertainty over the U.K.’s departure from the EU is also a risk to the European economy.

– CNBC’s Sam Meredith and Silvia Amaro contributed to this report.

Is LeBron James’ injury worse than we thought? | The Jump