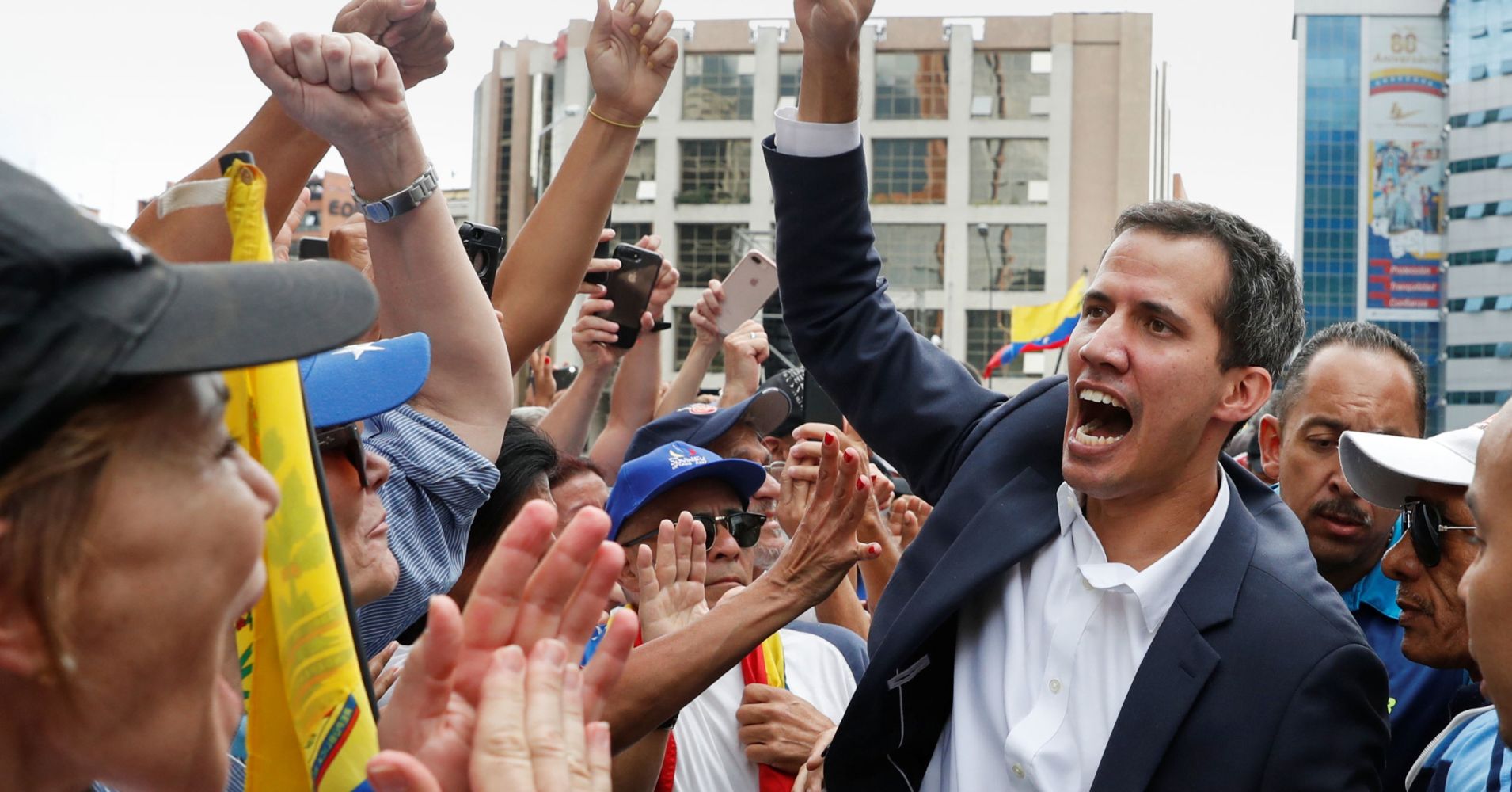 Venezuelan opposition leader Juan Guaido declared himself interim president on Wednesday, while hundreds of thousands of Venezuelans poured onto the streets to demand an end to the socialist government of President Nicolas Maduro.

The citizens of Venezuela have suffered for too long at the hands of the illegitimate Maduro regime. Today, I have officially recognized the President of the Venezuelan National Assembly, Juan Guaido, as the Interim President of Venezuela

The opposition has been energized by young congress chief Guaido, who has led a campaign to declare Maduro a usurper and has promised a transition to a new government in a nation suffering a hyperinflationary economic collapse.

Guaido, in a speech before a cheering crowd, took an oath swearing himself in as interim president.

“I swear to assume all the powers of the presidency to secure an end of the usurpation,” he said.

He has said he would be willing to replace Maduro with the support of the military and to call free elections.

The Trump administration told U.S. energy companies it could impose sanctions on Venezuelan oil as soon as this week if the political situation worsens, according to sources.

Maduro was inaugurated on Jan. 10 to another term in office following a widely boycotted election last year that many foreign governments described as a fraudulent. His government accuses Guaido of staging a coup and has threatened him with jail.

Any change in government in Venezuela will rest on a shift in allegiance within the armed forces. They have stood by Maduro through two waves of street protests and a steady dismantling of democratic institutions.

“We need freedom, we need this corrupt government to get out, we need to all unite, so that there is peace in Venezuela,” said Claudia Olaizola, a 54-year-old saleswoman near the march’s center in the eastern Chacao district, a traditional opposition bastion.

In a potent symbol of anger, demonstrators in the southern city of Puerto Ordaz on Tuesday toppled a statue of late socialist leader Hugo Chavez, broke it in half and dangled part of it from a bridge.

A 16-year-old was shot to death at a protest on Tuesday in western Caracas, according to rights group Venezuelan Observatory of Social Conflict. Three people were shot dead on Tuesday night in southern Bolivar City during a looting of a grocery store that followed a nearby protest, Bolivar state governor Justo Noguera said in a telephone interview.

Maduro has presided over Venezuela’s spiral into its worst-ever economic crisis. His re-election in 2018 was widely viewed as a sham due to widespread election irregularities.

“We’ve come out to support the opposition and preserve the future of my son and my family, because we’re going hungry,” said Jose Barrientos, 31, an auto parts salesman in the poor west end of Caracas.