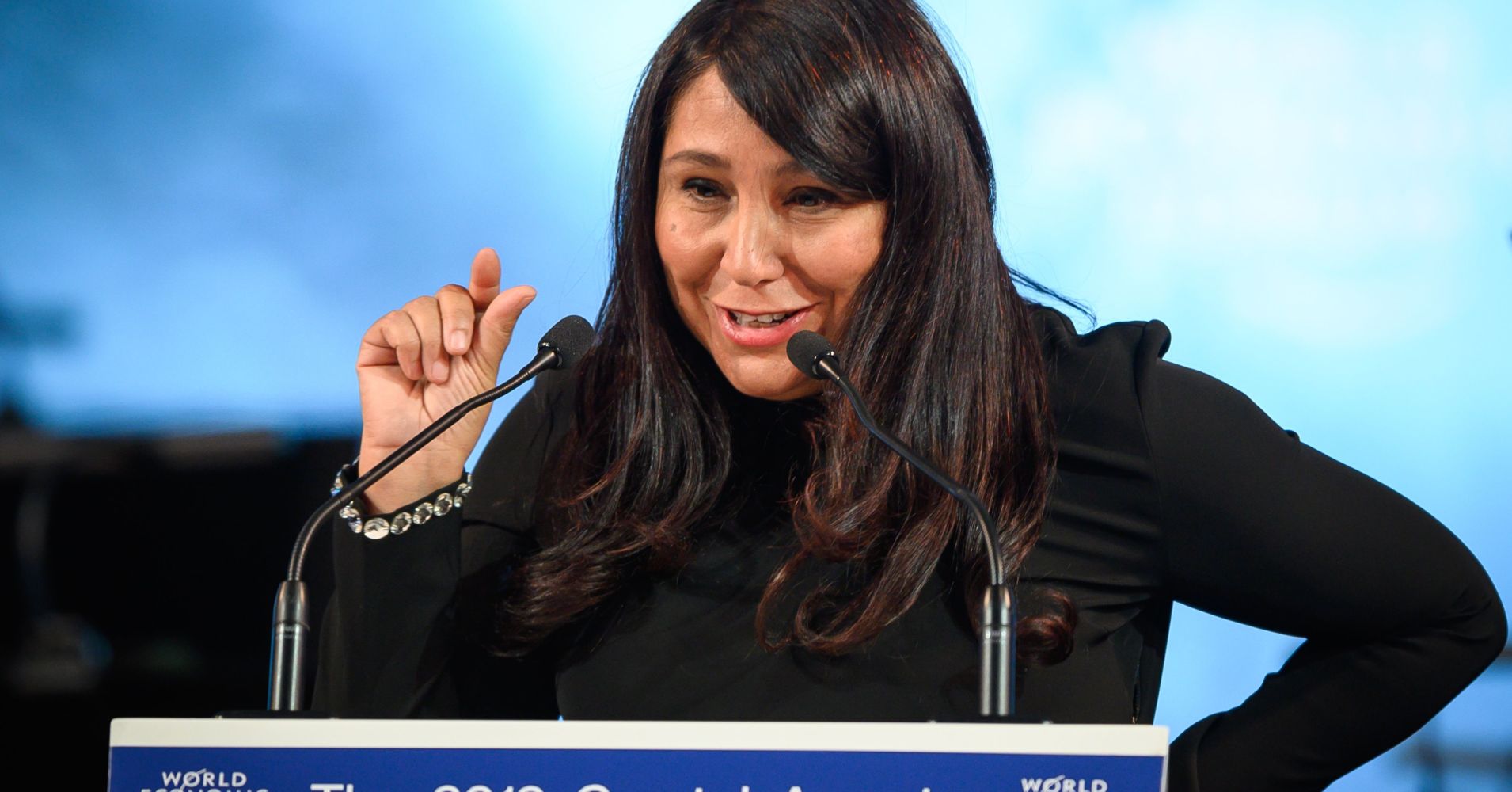 Portraying the women of her region as strong and resilient is one of the missions of her highly-awarded films, al-Mansour — who is one of Saudi Arabia’s most famous, as well as most controversial directors — told CNBC’s Hadley Gamble during a panel at the World Economic Forum in Davos on Wednesday.

“Whether it’s coming from the region, or internationally, I really enjoy portraying strong female protagonists, women who don’t see themselves as victims,” al-Mansour said.

“In all the scripts I get, Muslim and Arab women are all victims and sad, and things are happening to them — and it’s like no, we’re very sassy. We’re very strong. Don’t take us for granted.”

She opposed the stereotype that “Arab women are not in control of their destiny,” while adding that “sometimes they are not, because of family … but that does not take their soul, and that does not take who they are as people, as fighters, with a strong will to survive and to succeed. So that is a huge misconception, we are way more than who they think we are as women.”

Al-Mansour is Saudi Arabia’s first female filmmaker and the country’s most well-known. Coming from a country known for its highly conservative interpretation of Islam and austere rules surrounding women’s lives, her work, which shines a light on the lives of women in the Gulf, was hailed as groundbreaking. Her feature debut, Wadjda, which premiered at the Venice Film Festival in 2012, was the first to be fully shot in Saudi Arabia as a feature-length film and the only one filmed in the country by a female Saudi national.

Al-Mansour this week was honored with the WEF’s Crystal Award, along with conductor Marin Alsop and naturalist Sir David Attenborough, as an “exceptional cultural leader” and a force for positive change.

But the director didn’t deny the hardships of being a female artist in the conservative Gulf country — or in general. Al-Mansour received death threats and criticism from the more hard-line elements of Saudi society, and acknowledges that women often have to work harder than men to prove themselves in a place where the workplace has always been dominated by men.

“The general public in the Middle East is not used to women in positions of leadership, so they need support to push them and cultivate their existence… so they have that now, it’s up to them to take it to the next level, show the general public they can succeed,” she said. “And it’s a lot of work — and maybe a woman will have to work twice as hard as a man, which is really frustrating. But hopefully the next generation of females entering the workplace don’t have to work as much to prove themselves and to prove that we can succeed and handle the responsibility.”

Women make up about 22 percent of the Saudi workforce, according to official statistics, a figure the government aims to bring to 30 percent over the next decade.

Saudi Arabia has seen significant liberalization as part of the government’s Vision 2030 program, intended to open up the country and diversify its economy away from oil. A decades-long female driving ban was lifted last year and movie theaters were reintroduced to the country. But serious concerns remain over issues like the country’s male guardianship law, as well as the fact that several female activists remain in prison for their efforts in bringing about some of these very changes. Regional observers welcome the kingdom’s moves toward more modern gender laws, but maintain that there remains significant work to be done.

COPS: Lake Worth Man Arrested for Stealing Groceries and Alcohol from…

Op-Ed: Vote for the Nerdiest Narcissist on the Planet in 2022: Gavin…