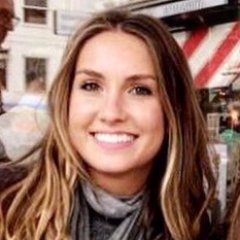 By Hanna Bogorowski On Jan 23, 2019
Share
How To Register and Own Website Addresses (.com, .net, .org, etc) For Under $20/year. [REGISTER DOMAIN NAMES]
To comply with FTC regulations, all links could lead to commissions paid to the publisher. Please see Advertising Disclosure in sidebar.

ARIZONA – Police have arrested a nurse at the Hacienda Healthcare facility in Phoenix, Arizona, for allegedly raping a woman in a vegetative state.

The woman, 29, gave birth Dec. 29 after staff at the long-term nursing facility called 9-11 upon realizing the woman, who has been incapacitated since she was 3 years old, was pregnant.

Phoenix police announced Wednesday the arrest of Nathan Sutherland, 36, according to Arizona Central. Sutherland, a licensed nurse who was supposed to be responsible for caring for the woman, will be charged with one count of sexual assault and one count of vulnerable adult abuse.

“From the minute we first became aware of the crime, we have virtually worked non stop seven days a week to resolve this case,” Phoenix Police Chief Jeri Williams said Wednesday in the announcement.

ARRESTED: 36-year-old nurse, Nathan Sutherland, has been arrested on one count of sexual assault and one count of vulnerable adult abuse for allegedly impregnating an incapacitated woman at Hacienda HealthCare. https://t.co/13htzZ2olv pic.twitter.com/WBBGXA6MgA

The DNA was compared to that of the baby boy’s, and confirmed later that day.

“We can’t always choose how we come into this life, but we can choose as a community how we will love this child, and that’s what we need to do,” Thompson said.

Sutherland has worked at the Hacienda facility since 2011, and police are investigating whether he has assaulted other patients at the facility.

“We may not know how many times this occurred,” Thompson told reporters.

WATCH NOW: Phoenix police give update after arrest made in the case of an incapacitated woman who gave birth at the Hacienda HealthCare facility https://t.co/qR3LmPj1hh pic.twitter.com/w86RMqISNN

According to court records, the victim is a citizen of the San Carlos Apache Tribe and has been a patient at the facility for 26 years. The records deem the victim “not alert” and say she needs “maximum level of care.”

The arrest comes one day after two other doctors at the facility responsible for caring for the victim reportedly left the center. One resigned, and the other has been suspended, USA Today reported.

Hacienda CEO Bill Timmons also resigned over the incident Jan. 7 amid the investigation.

Hanna Bogorowski is a journalist and reporter focusing primarily on Foreign Policy for The Daily Caller as well as other well known news organizations throughout the United States.

Disclaimer (varies based on content, section, category, etc.): News articles on this site may contain opinions of the author, and if opinion, may not necessarily reflect the views of the site itself nor the views of the owners of The Published Reporter. For more information on our editorial policies please view our editorial policies and guidelines section in addition to our fact checking policy and most importantly, our terms of service. All links on this site could lead to commissions paid to the publisher. Please see Advertising Disclosure in sidebar. Subscribe to Hanna Bogorowski (via RSS)

IBM, P&G and United Technologies are all saying something very important about the stock market

Report: FDA Refusing to Release Results of Autopsies in Cases Relating to COVID-19…

Op-Ed: WHO, WEF, and Wellcome Foundation – Three Wolves That Want to Help The…

Op-Ed: Is Czar Gavin Newsom Vying for a Seat at the Right Hand of…

Remembering Those with Disabilities Before, During And After…

George McGregor
Prev Next 1 of 361