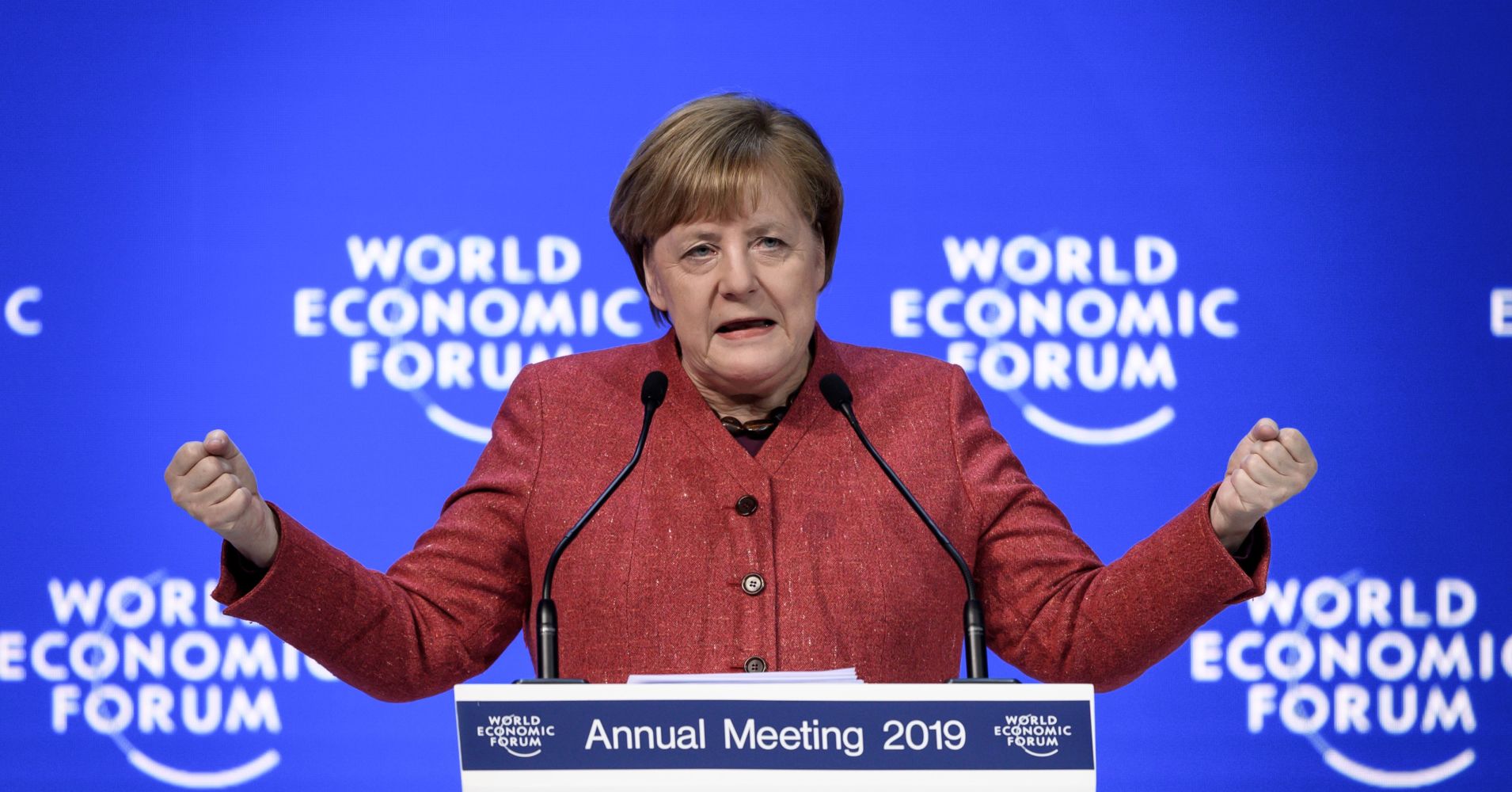 German Chancellor Angela Merkel has “grave doubts” about a changing approach to global affairs in which compromise and multilateralism seem to be lacking.

“There is a new approach that we see in the world today, an approach that harbors doubts as to the validity of the international system, they say ‘shouldn’t we look after our own interests first’ and then out of that develop an order that is good for all,” she told an audience at the World Economic Forum in Davos, Switzerland on Wednesday.

“I have my grave doubts that this is the right way to go about it,” she said via a translation.

“I think (that when it comes to) our national interests — I think we should always understand them in such a way that we always remember that others also have their own vested interests, factor them in, and then shape a win-win situation that will guide us in international politics.”

Nonetheless, Merkel said there was room to reform international institutions. “I think we ought to say we are ready to look at established institutions but reform them so that the balance of power is actually realistically reflected in the way that they are built up.”

Merkel’s speech to the WEF comes at a time of political upheaval in Europe. Merkel announced in October that she would not seek re-election as either party leader or chancellor and that this term, her fourth in office which ends in 2021, will be her last.

Annegret Kramp-Karrenbauer was elected in December as the new leader of Merkel’s Christian Democratic Union (CDU) party and is seen as natural successor to Merkel, and is expected to continue her style of steady and pragmatic leadership.

Merkel’s forthcoming departure from politics will be a loss to Europe as she has been a long-standing leader of the region and something of a moral compass for Europe, despite criticism of her decision to allow over a million migrants, mainly of Syrian origin, into Germany in 2015.

There is no obvious replacement for Merkel as Europe’s figurehead with her counterparts in Western Europe, such as French President Emmanuel Macron, British Prime Minister Theresa May and Italy’s government all experiencing political tumult. Indeed, Merkel’s comments on Wednesday are likely to be seen as a rebuke to the nationalistic practices of some European nations as well as President Donald Trump’s “America First” policy.

Merkel said that Germany faced “three big challenges ahead” that were also applicable to the wider world: the transition to sustainable energy, the creation of a digital infrastructure and the better management of migration.

“My fourth point is that we can only make progress if we abandon this way of thinking that we can go it alone,” she said, going on to speak about Brexit. Saying she hoped to see an orderly Brexit, she said it was in Britain’s hands to decide what kind of Brexit it wanted when it exited the EU on March 29.