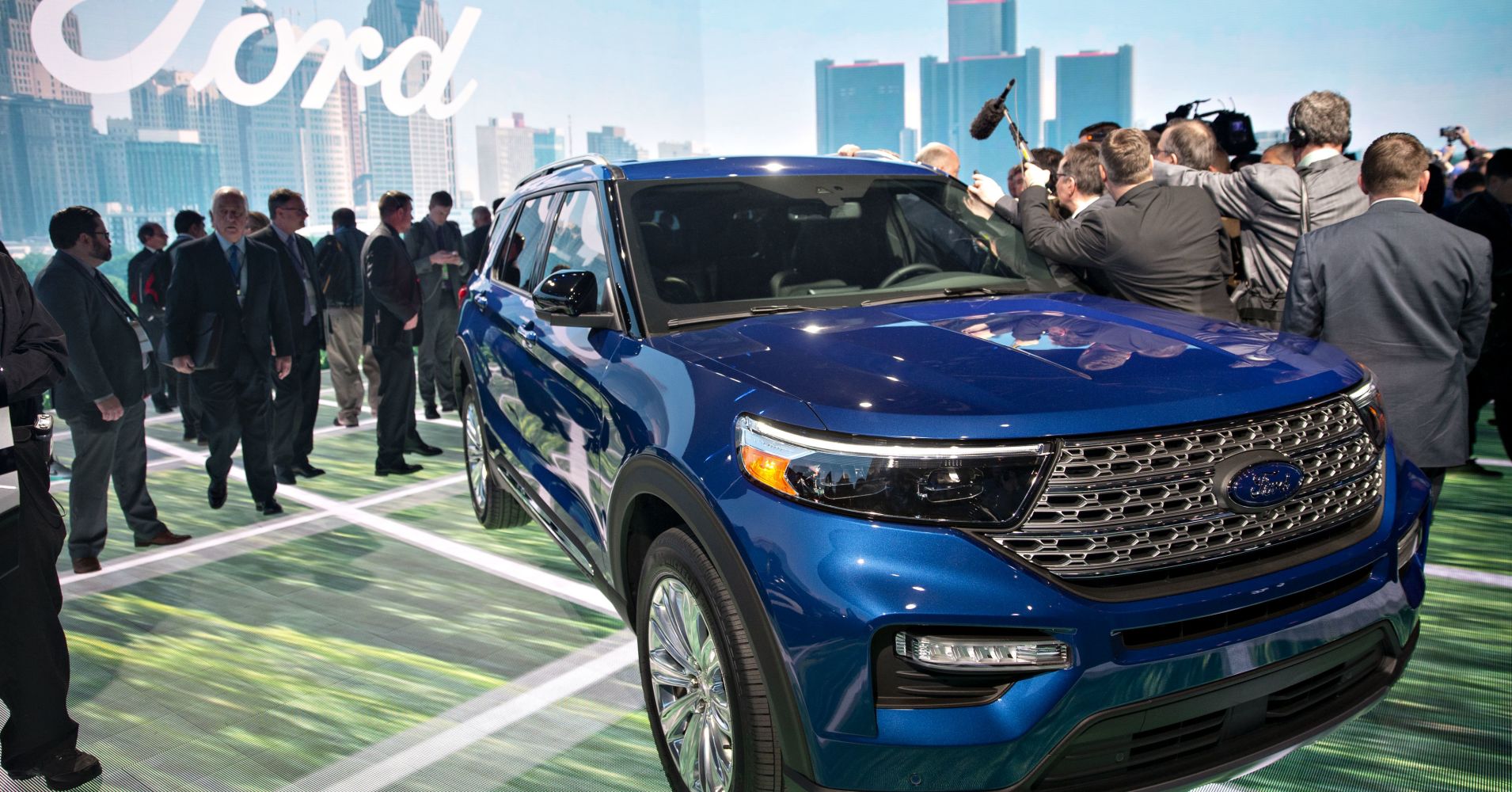 Ford‘s reorganization plans showed up in its fourth-quarter earnings Wednesday as pension and layoff costs eroded the company’s profit and caused it to miss earnings estimates — despite posting stronger-than-expected sales.

The Detroit automaker has been struggling overseas, and that was apparent in the fourth quarter. While Ford grew its revenue in North America by $1.7 billion, it fell in every other region across the globe. It lost market share in every major market in South America except Peru. Unfavorable exchange rates and a drop in sales volume also hurt Ford’s bottom line, especially in Europe and Asia.

Here’s how the company did compared with what Wall Street expected, based on average estimates compiled by Refinitiv:

Ford took a $1.18 billion charge for “special items” that were excluded from its adjusted earnings. The charges stem mostly from pension and layoff costs. On an unadjusted basis, Ford lost $116 million, or 3 cents a share, during the fourth quarter. It generated a profit of $2.52 billion, or 63 cents per share, a year earlier.

The company’s total revenue was $41.8 billion during the quarter, slightly higher than its $41.3 billion in revenue during the same quarter last year.

“While 2018 was a challenging year, we put in place key building blocks to build a more resilient and competitive business model that can thrive no matter the economic environment,” Ford Chief Financial Officer Bob Shanks said in a statement.

Despite the losses, Ford expects to be able to fully fund its business and capital needs in 2019, while keeping cash and liquidity at or above target levels, Shanks said.

On an adjusted basis, the company earned 30 cents a share, which missed analyst expectations of 32 cents per share, according to analysts surveyed by Refinitiv. It was also less than the 39 cents a share the company reported in the same quarter of 2017.

Ford’s shares have been under pressure all year, tumbling by about 22 percent over the last 12 month, closing at $8.35 a share Wednesday.

The automaker is undergoing an $11 billion restructuring plan that has so far involved trimming back international operations, making investments in new mobility technologies, and realigning its portfolio around more profitable vehicles.

That strategy includes doubling down on segments where Ford has historically been strongest — trucks, utilities, and muscle cars. The automaker unveiled a refreshed version of its best-selling Explorer sport utility vehicle at the Detroit auto show and is also broadening its Mustang lineup.

Ford also said it is partnering with German automaker Volkswagen on a number of initiatives, shortly after announcing job cuts across its European operations.

The company is holding a conference call with CEO Jim Hackett and other executives at 5:30 p.m. ET to discuss the results.

This story is breaking news. Please check back for updates.