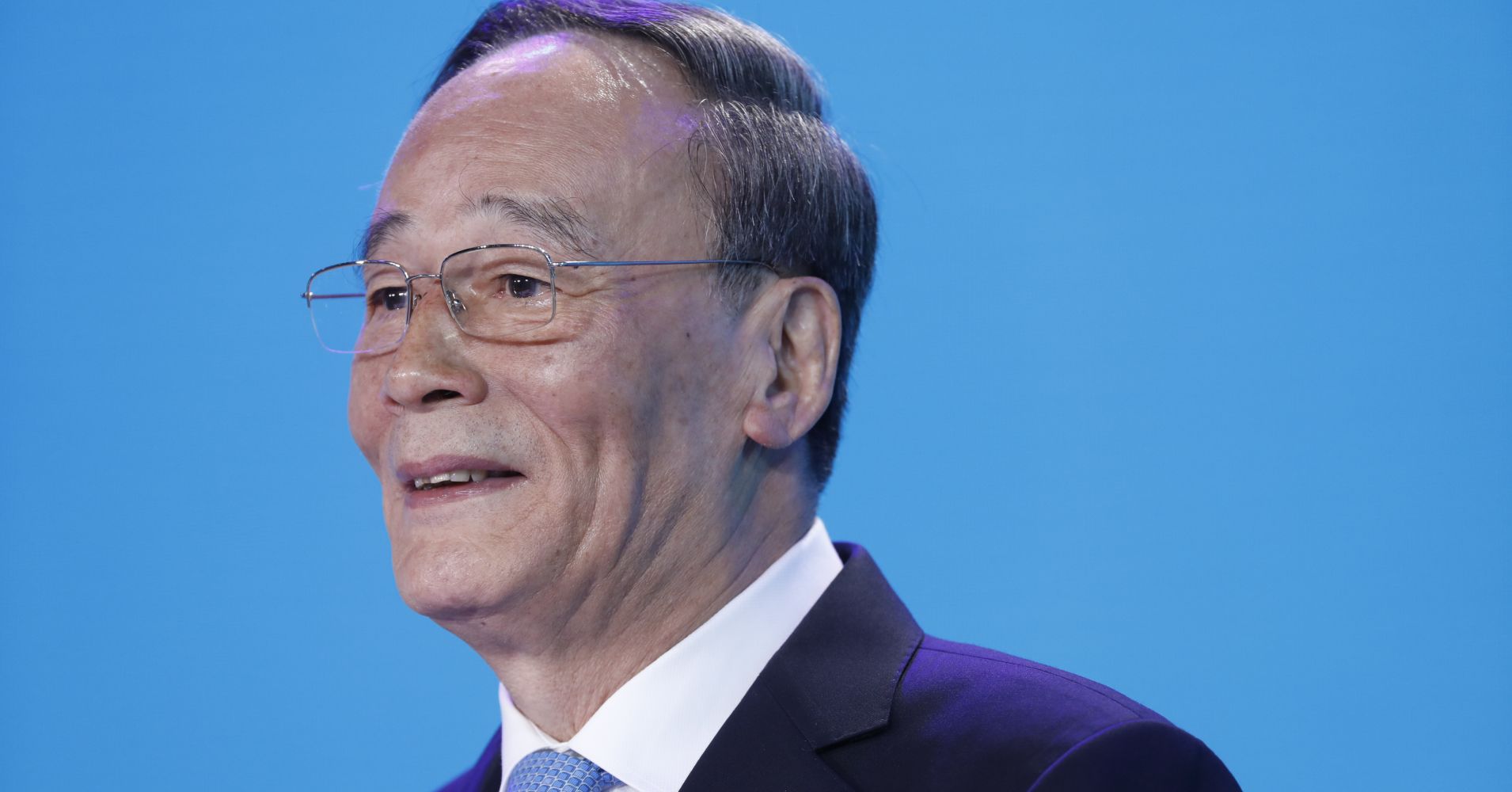 Chinese Vice President Wang Qishan addressed international heads of state at the World Economic Forum (WEF) on Wednesday, saying confrontation between Washington and Beijing “harms the interest of both sides.”

His eagerly-anticipated speech in snow-clad Davos comes ahead of a March 2 deadline for the U.S. and China to strike a new trade deal.

Washington and Beijing have been locked in a tit-for-tat trade battle for several months, as the world’s two largest economies wrangle for global influence.

“For the Chinese and U.S. economies, I believe they are in state of (being) mutually indispensable,” Wang said, according to a WEF translation.

“This is a reality, either side can’t do without the other side. So, the conclusion is that there has to be a mutual benefit and win-win (relationship),” he added.

The annual gathering of the world’s top political leaders was initially expected to provide a platform for both sides to hold talks on trade. But, the White House abruptly canceled its delegation to the January get-together last week, citing the ongoing government shutdown.

The next round of negotiations is scheduled to take place at the end of the month, when Vice-Premier Liu He travels to meet U.S. officials in Washington.

The U.S. has already put tariffs on $250 billion in Chinese goods — and has threatened duties on double that value of products. Beijing has responded with tariffs on $110 billion in U.S. goods targeting politically important industries such as agriculture.

After a December meeting between President Donald Trump and Chinese President Xi Jinping, the leaders of the world’s two largest economies agreed to a temporary truce while they sought an agreement within three months.

Trump said he would not carry out a planned increase in the tariff rate on $200 billion in goods to 25 percent from 10 percent. The March deadline is based on the meeting between the two leaders and could easily slip.

Shortly after his speech, Klaus Schwab, the executive chairman of WEF, asked China’s Wang for his thoughts on globalization.

In response, he said: “Now we do face a lot of imbalances … And for those groups of people who feel the imbalance, they are making their responses. I believe it is understandable and inevitable.”

“For those people who question globalization because of the imbalances, once their interests are well protected, this counter wave against globalization will phase out,” he added.

For decades, there has been a strong consensus that globalization helped to stimulate wage growth and create more jobs — not just for developed countries but also for poorer nations worldwide too.

However, in recent years, a populist backlash against globalization has taken hold. That’s prompted many to voice their anger as they see jobs being impacted by automation, old industries disappearing and migration disrupting the established order.

This week, China announced its economy expanded at its slowest pace in almost three decades. This escalated fears of a possible downturn in global growth, as well as gloomy forecasts from the International Monetary Fund (IMF).