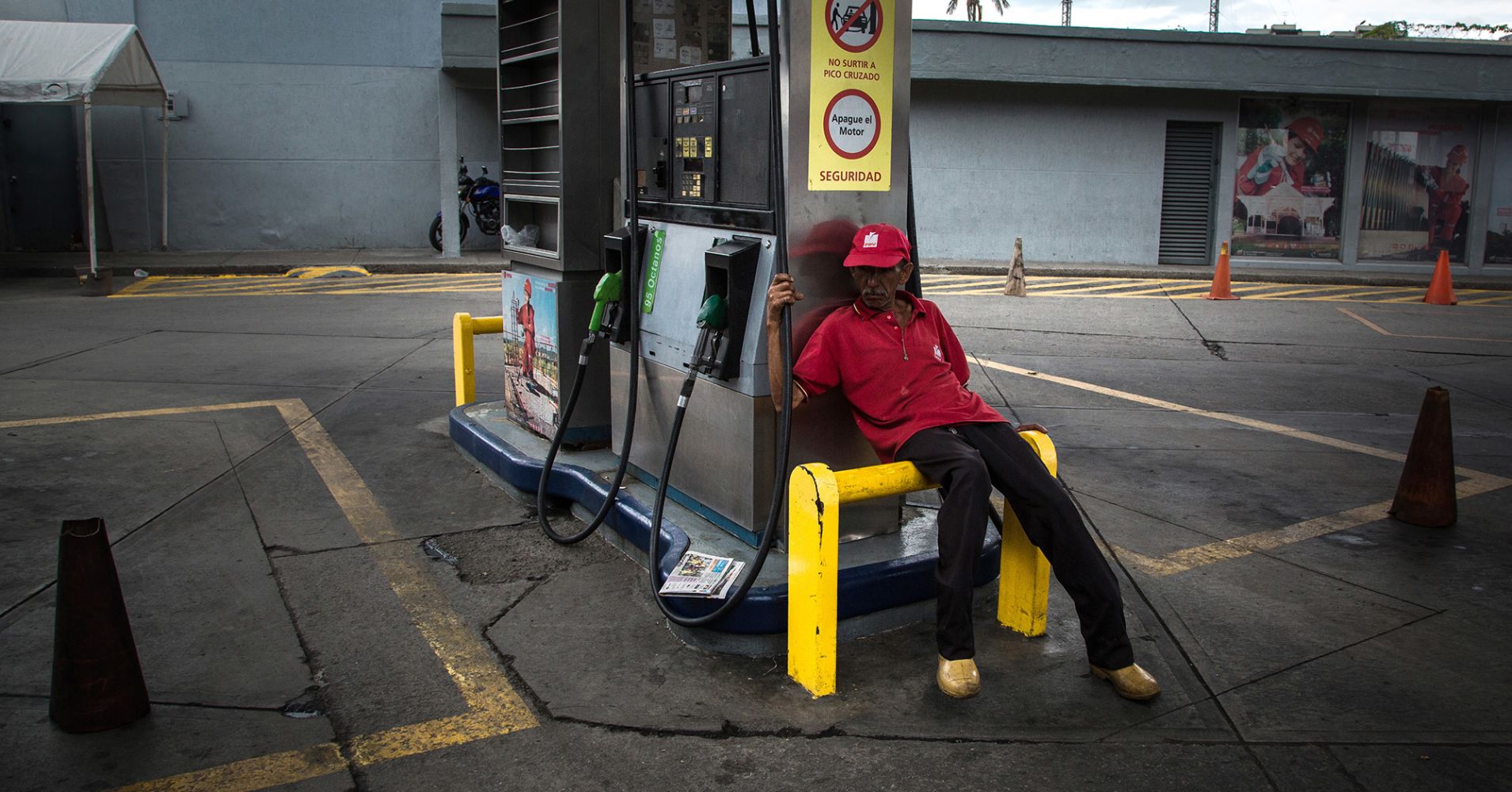 A sudden escalation in long-burning tensions between the United States and Venezuela could have far-reaching ramifications in the oil market, where the Bolivarian Republic remains a significant player despite its plunging output.

On Wednesday, the Trump administration announced it would back Venezuelan National Assembly leader Juan Guaido, who declared himself the country’s interim president earlier in the day. Shortly after President Donald Trump recognized Guaido, Venezuelan President Nicolas Maduro severed relations with the United States and gave U.S. diplomatic personnel 72 hours to leave the country.

The latest development raises the prospect that the United States will expand sanctions to U.S.-Venezuelan energy trade, a move that would be potentially devastating to Venezuela. The nation has seen its oil production crater in recent years, depriving the socialist republic of its lifeblood energy revenue and exacerbating a devastating economic crisis.

But the consequences could also ripple throughout the broader oil market and complicate OPEC’s relationship with the United States.

RBC Capital Markets is already forecasting an additional drop of 300,000 to 500,00 barrels a day from Venezuela in 2019. If the Trump administration pulls the trigger on energy sanctions, those declines could balloon to several hundred thousand more barrels, says Helima Croft, global head of commodity strategy at RBC.

The Trump administration has already slapped sanctions on Venezuela but has so far declined to block imports of Venezuelan crude to the United States. It has also held off on blocking exports of U.S.-origin diluents, which Venezuela needs to dilute its heavy oil. Those sanctions faced opposition from Republican lawmakers representing Gulf Coast states, where refineries process heavy crude into fuels.

The sanctions could put additional strain on global supplies of certain crude grades. In November, the Trump administration restored sanctions on Iran, a significant source of medium sour crude. Sanctions against Venezuelan crude would mean the U.S. is restricting flows from “two OPEC countries with barrels that are not easy to replace,” says Croft.

“This lower oil price environment may give Trump more cushion to implement these sanctions,” Croft said. “If this were back in October when oil prices were much higher, he may have punted on such a move.”

Trump’s recognition of Guaido as Venezuela’s leader appears to be a starting point, says Risa Grais-Targow, director for Latin America at risk consultancy Eurasia Group. She says Washington may be holding out the threat of sanctions to see how Maduro responds.

If the Venezuelan strongman’s regime arrests Guaido, Washington would likely respond with sanctions, though Grais-Targow thinks the White House may take a phased approach.

“They have a lot of tools in their toolkit. I don’t think they’ll go straight to an oil import ban,” she said. “The first move, if they go in that direction, would be a ban on the sale of diluents to Venezuela.”

That would nevertheless be a significant setback for cash-strapped Caracas. Venezuela gets about half of its diluents from the United States and often secures supplies through crude oil swaps, according to Grais-Targow.

Losing access to U.S. diluents would force Venezuela to source them from elsewhere, potentially requiring transactions in cash, a resource that is scarce in Venezuela, according to Grais-Targow.

“Their dollars are very strained. This would add to this,” she said. “If they can’t get those diluents, they can’t export.”

Another consideration is whether Washington freezes the Venezuelan leadership’s assets or alters the U.S.-Venezuela commercial relationship in other ways, Grais-Targow notes. That could mean designating the Guaido government as the legitimate steward of Venezuela’s assets, including U.S. refineries owned by Citgo, the refining subsidiary of state-owned energy company Petróleos de Venezuela.

The row also has potential implications for OPEC. Venezuela holds the group’s rotating presidency this year, which means the nation’s oil minister and PDVSA president Manuel Quevedo is OPEC’s sitting president for 2019.

Quevedo is a major general in Venezuela’s National Guard. In 2014, Sen. Marco Rubio included Quevedo in a list of Venezuelan officials that he said should face sanctions for human rights violations following a crackdown on protesters.

“If he is added to the U.S. sanctions list, that will be just one more headache for OPEC in the United States, where they’re already facing potential NOPEC legislation,” said Croft.

The No Oil Producing and Exporting Cartels Act, or NOPEC, is a congressional bill that seeks to apply U.S. antitrust laws to OPEC to prevent the group from coordinating production to influence oil prices.