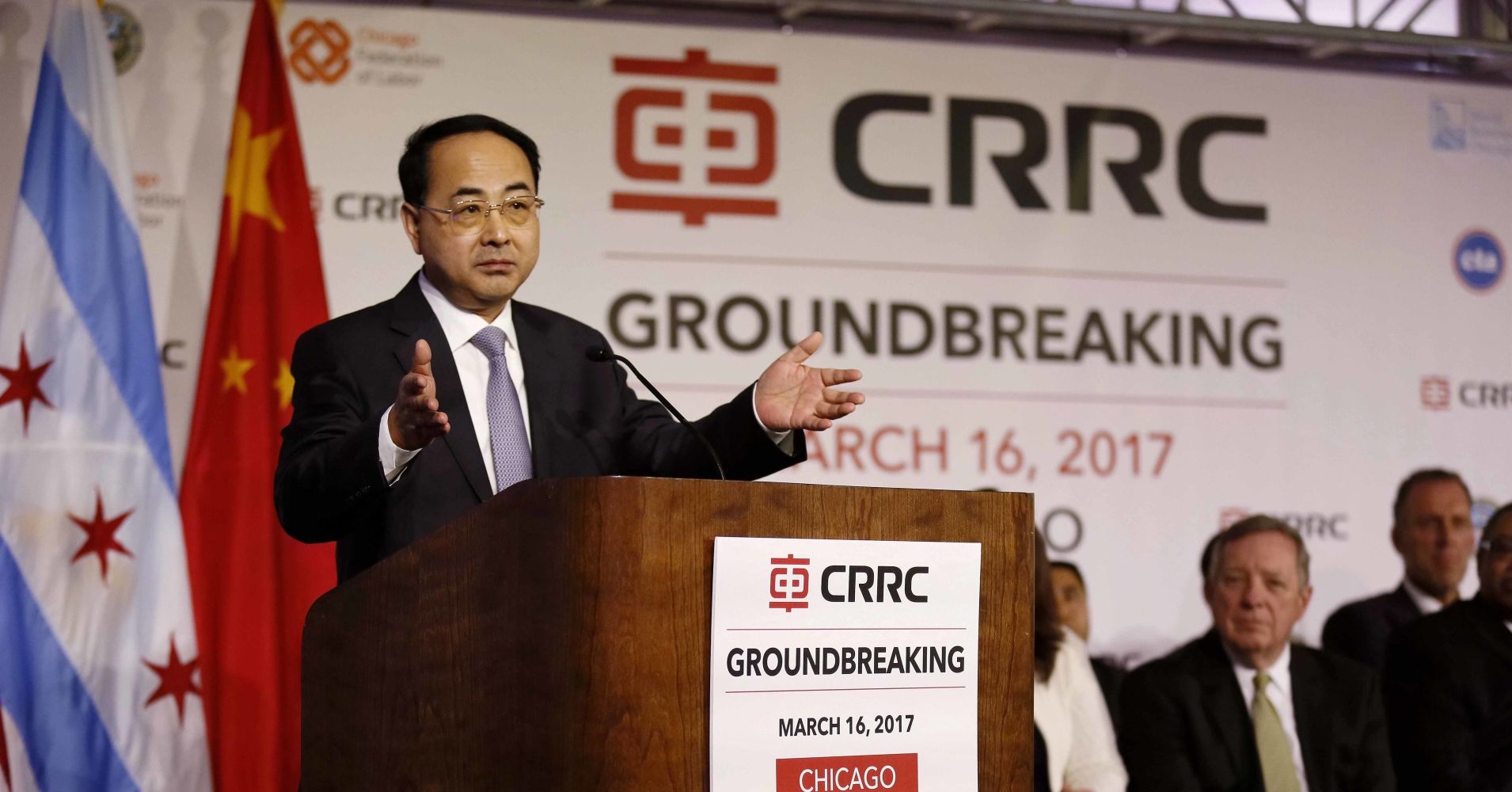 A senior executive at Chinese state-owned company CRRC Group said he was optimistic about Beijing and Washington finding a way to permanently resolve their ongoing trade dispute.

For its part, the U.S. has already put tariffs on $250 billion worth of Chinese goods while China retaliated with levies on $110 billion in American products targeting politically important industries such as agriculture. The ongoing trade spat has battered financial markets in recent months, sparking concerns that a prolonged dispute could destabilize the world economy.

But Sun Yongcai, general manager and deputy party secretary at CRRC Group, is not too worried.

“I think the problems are only temporary,” Sun told CNBC’s Nancy Hungerford at the World Economic Forum in Davos, Switzerland on Tuesday.

“The two countries are in the middle of discussions and negotiations. With the wisdom from both nations, I believe that we can reach an agreement that’s acceptable to both sides,” he said, according to a CNBC translation of his interview.

CRRC Group is the parent company of the publicly-traded CRRC Corporation, which is one of the world’s largest suppliers of rail transit equipment.

The Chinese company has manufacturing bases in Massachusetts and Chicago, and in recent years, notched up contracts to build subway rail cars for major U.S. cities such as Los Angeles, Boston and Chicago.

“Whether it’s our Springfield or our Chicago base … we produce, procure, manage and service locally,” Sun said. “Our two production bases hire locally as well — we employ over 300 people over there, which has contributed to local employment and the local community.”

However, the impact of the trade war has clearly been felt by the company.

State-owned media China Daily reported in March that the company was “concerned” that U.S. tariffs on Chinese rail equipment could impact the firm, and “bring about a whole market change.”

Reports said the levies affected a number of essential imported rail car parts that could potentially increase the cost of production. The Boston Globe also reported that CRRC wrote to the U.S. Trade Representative asking for exemptions on components imported from China, such as car frames, air ducts and boxes to hold batteries.

The U.S. has long accused China of technology theft and espionage, key sticking points in the current trade negotiations between the two economic powerhouses. China has consistently denied those allegations.

Earlier this month, reports said experts were concerned that rail cars built by the company in the U.S. could potentially be used to spy on American interests, but Sun tried to allay those fears.

“We have heard such claims that CRRC trains can spy on passengers or obtain information,” Sun said. “This is not true. The key for a company or a product is whether or not they in the trust of the consumers.”

Indonesia has benefited from the US-China trade war, minister says

MattyBRaps on Entertainment Tonight / The Insider

Op-Ed: A Warning of the Real Danger of Marijuana; My Own Story Of The…

Putin Challenges Biden to Online Debate After the President…

Rachel Brooks
Prev Next 1 of 104
This site uses cookies for various purposes. We're legally required to request your consent. Click accept to close this message. If you do not agree, please immediately exit the service or click more to learn why.
Accept More
Privacy & Cookies