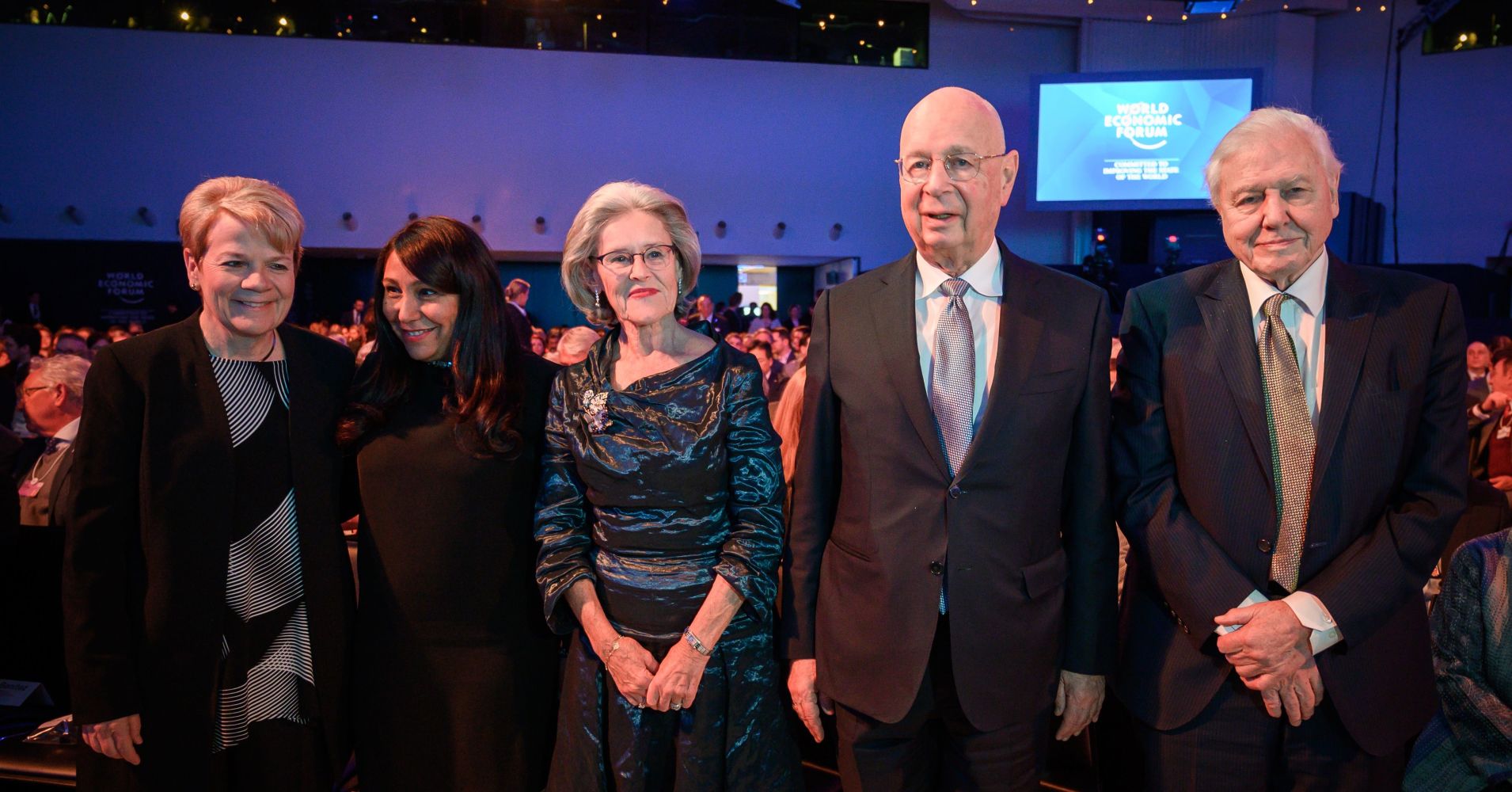 In such a competitive world, it can be difficult to break the mold and stand out — especially when faced with obstacles and rejection.

For two creative leaders however, Marin Alsop and Haifaa al-Mansour, they broke the glass ceilings in their own fields and got commended for it at the World Economic Forum on Monday.

Along with fellow recipient, naturalist David Attenborough, conductor and violinist Alsop and independent filmmaker al-Mansour were each presented with an award for their significant contributions to improving the state of the world, at the 25th Crystal Awards in Davos.

Both women have secured “firsts” in their line of work, and from what they’ve learned, both endorse a similar message: art and culture should be accessible to everyone, and every child can pursue their dreams — no matter what challenges they face.

For Marin Alsop, the first woman conductor to lead a major American orchestra among other ensembles, growing up she was frequently told by others that “girls can’t do” conducting. With the support of her parents and her non-musical mentor Tomio Taki however — all of whom retaliated to these comments with “Why not?” — Alsop continued to pursue her ambitions.

“As I tell everyone: When the front door is locked, and they won’t let you in, just sneak around the side and go in the window,” she said, adding that “thanks to my parents, when I found the doors closed to me, my first response was ‘That’s ridiculous. Why not me?'”

Speaking in Davos, Alsop explained how learning a musical instrument at such an early age, gave her an outlet “to express myself, receive external validation and develop strong self-esteem.” It allowed her to motivate herself daily and continue to adopt skills like persistence, collaboration, learning to listen and to speak up.

“These are all skills that are transferable to every discipline, not singular to music and I believe that every child deserves the same opportunity that I had — to develop these innate skills,” Alsop said when reflecting on her musical upbringing.

“I firmly believe that art has the capacity to transform lives and that every human being deserves access to this transformative world of possibility.”

And Alsop continues to embody this by offering these opportunities to others. The conductor created OrchKids, a music program that aims to nurture young individuals in Baltimore City neighborhoods, whilst establishing social change. She’s also founded the Taki Concordia Conducting Fellowship, which is designed to encourage female conductors at the start of their careers.

“When kids encounter the response ‘Why not you?’ and find themselves succeeding in something they never dreamed of doing, like playing the violin, they internalize this mantra and can envision themselves doing almost anything.”

As the first female filmmaker in Saudi Arabia, Haifaa al-Mansour’s exposure to film as a child, made her feel like she was “part of a bigger world.”

“It made me love the world and made me who I am today. It made me be able to challenge things,” al-Mansour said Monday.

During her speech, al-Mansour said it’s important to expose young individuals to art, culture and film, especially in conservative areas, as it will transform them and give them a chance to embrace being “a global citizen,” who feels like they have ownership of their destiny and their ambitions.

Growing up, film wasn’t easy to come by for al-Mansour. In fact, 2018 was the first time in some 35 years, that movie theaters could be open to the Saudi Arabian public. These hurdles however, didn’t stop al-Mansour from pursuing her ambitions, having received nominations and awards for her film work.

“And we need to create those spaces for people — especially when you come to a place where people tell you all the time that ‘art is immoral, and it will corrupt your soul (or that) hearing a song is not the right thing to be virtuous’.”

“To go against all those voices in your head and expose a culture to music and bring music to the public space, is a dream that we should support.”

“Building culture is really what makes a difference in the whole world.”