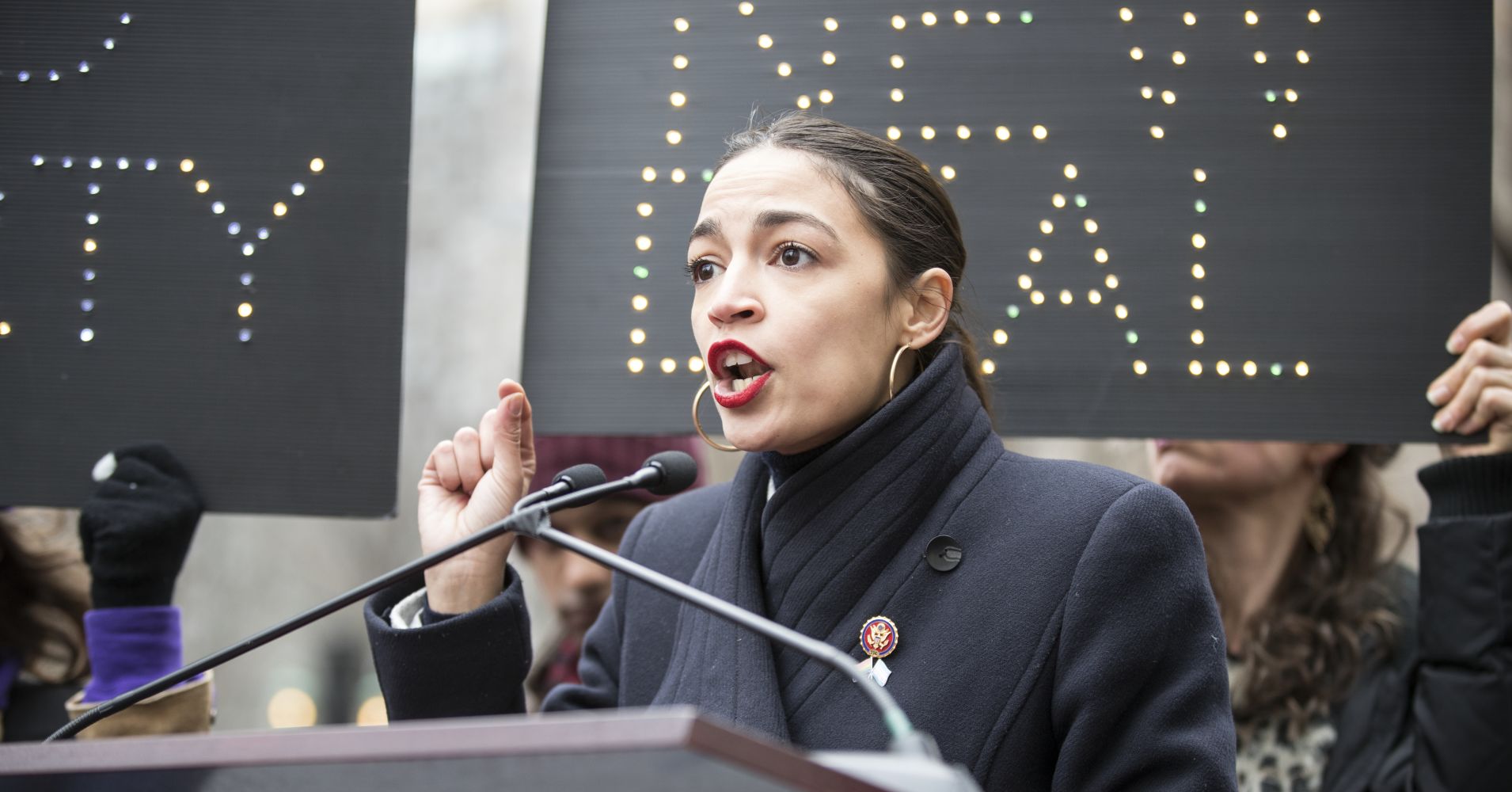 “By the time we get to the presidential election, this is going to gain more momentum,” said Minerd, who added that he would probably be personally impacted by it. “And I think the likelihood that a 70 percent tax rate, or something like that, becomes policy is actually very real.”

The billionaires and millionaires attending Davos had misgivings about Ocasio-Cortez’s proposal, which she made during a recent interview on CBS’ “60 Minutes.” A poll found that 59 percent of voters were in favor of the idea, and even 45 percent of Republicans liked it. The lawmaker has turned heads in Washington and on Wall Street with her left-wing economic rhetoric, despite only being sworn into office earlier this month. Ocasio-Cortez, who represents parts of Queens and the Bronx, identifies as a Democratic-Socialist.

In Davos, Stephen Schwarzman, the billionaire CEO of private equity giant Blackstone and Republican megadonor, said sarcastically that he is “wildly enthusiastic” about the lawmaker’s proposed tax hike. He added that “the U.S. is the second most progressive tax regime in the world,” meaning that tax rates climb along with higher incomes.

The remarks at Davos came a day after Ocasio-Cortez had even more harsh words about how the U.S. economy works.

“I do think a system that allows billionaires to exist when there are parts of Alabama where people are still getting ringworm because they don’t have access to public health is wrong,” she said at a New York event on Martin Luther King Day.

Ocasio-Cortez addressed this article in a tweet Tuesday. “It’s wild that some people are more scared of a marginal tax rate than the fact that 40% of Americans struggle to pay for at least one basic need, like food or rent,” she wrote.

Despite the bipartisan appeal of a tax increase on the wealthy, another billionaire financier dismissed the idea’s chances, saying that Democrats angling for a 2020 victory wouldn’t move that far to the left. “It’s not going to happen – trust me,” this billionaire said, declining to be identified.

“The important thing in my view is not to try to score political points with having a 70 percent, very high tax rate. The important thing is to try to figure out a tax system that is both fair and efficient,” Hutchins said. “You got to get something like that through the House, then you have to get it through the Senate, and then you have to get the president of the United States to sign it.”

Hutchins contributed over $100,000 to the Democratic Senatorial Campaign Committee, the official political organization that helps Democrats get elected to the upper chamber. During the 2016 presidential election, he wrote a $50,000 check to the Hillary Clinton Action Fund, which supported Clinton’s run for president and the Democratic National Committee.

The problem with the tax — nearly double the current top rate of 37 percent — is that rich people will simply figure out ways to shelter their income, and that will be a drag on productivity, Minerd said.