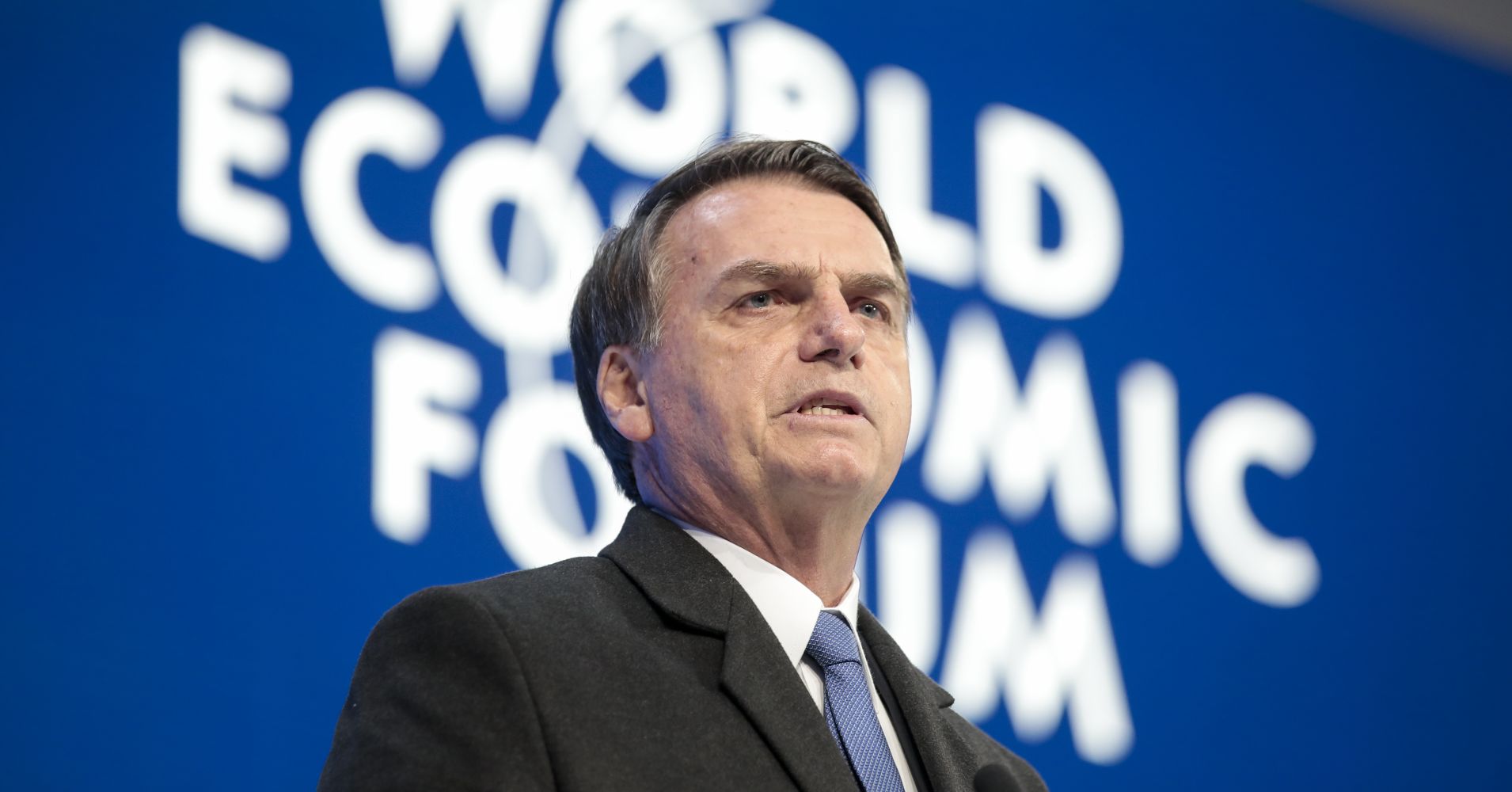 On his first international trip since becoming president, Bolsonaro delivered the keynote speech at the World Economic Forum (WEF).

“Brazil’s economy is still relatively closed to foreign trade and to change that situation is one of my administration’s major commitments,” Bolsonaro said, according to a WEF translation.

“You can be sure that by the end of my term in office, our economic team, led by Minister of Finance Paulo Guedes, will position in the ranking of the 50 best countries in the world to do business,” he added.

His comments are likely to be well received by market participants, after more than a decade of interventionist policies by previous administrations.

The absence of President Donald Trump at this-year’s five-day event has thrust Brazil’s premier into the spotlight, less than three weeks after his inauguration.

The January get-together is without some of its biggest names, with several world leaders choosing to stay at home to fight domestic crises rather than be seen socializing with the rich and famous.

Nonetheless, the forum is still seen as an opportunity for international heads of state to come together to put the world to rights.

Bolsonaro said his trip to Switzerland was a “great opportunity” to showcase the unique point in time his country was going through.

“And also an opportunity for me to introduce to all of you the new Brazil that we are building,” he added.

The country’s benchmark stock index reached an all-time high at the end of last week, amid improving investor sentiment about the new government’s pension reform plans.

The Bovespa, one of 2018’s top performing indexes across the globe, hit a record high, crossing the 96,000 mark on Friday. It followed heightened expectations that Bolsonaro’s government could reveal pension reform plans earlier-than-expected.

“We think Jair Bolsonaro has a big chance to reform the country,” Francesco Starace, chief executive at Enel, told CNBC at WEF on Tuesday.

Bolsonaro is joined at the January get-together by a number of his cabinet ministers. But, it is the presence of U.S.-trained free market advocate Paulo Guedes that has particularly enthused investors.

Bolsonaro’s keynote address was reportedly written and revised by Guedes.

Op-Ed: Vote for the Nerdiest Narcissist on the Planet in 2022: Gavin Newsom or…