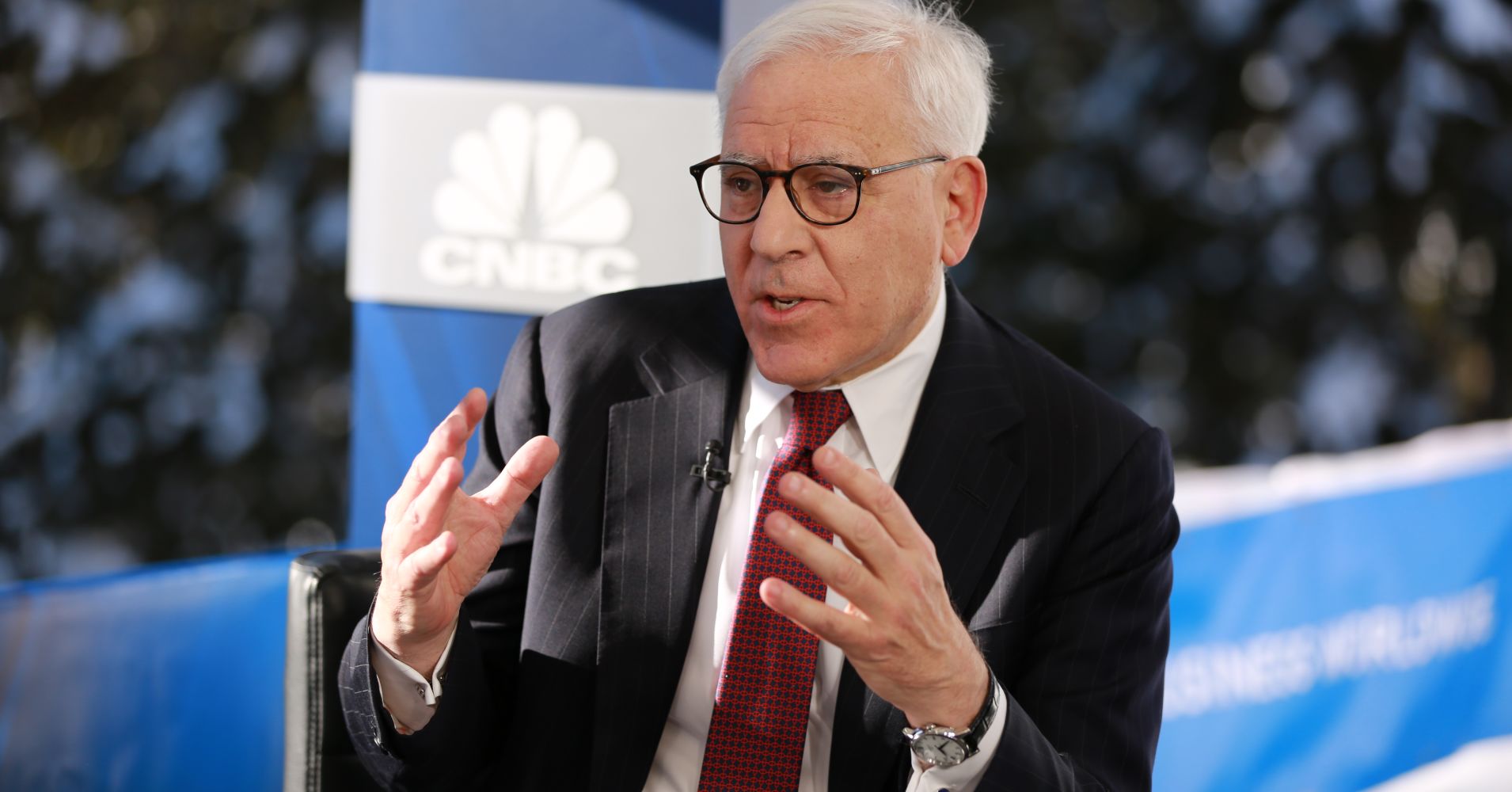 “My view on the China negotiations is that it is likely something will come to pass in the next few months. I think both sides recognize it that’s it’s not in either sides interest to have this go on,” Rubenstein said in an exclusive interview with CNBC on the sidelines of the World Economic Forum in Davos, Switzerland.

Asked about the U.S. government’s partial shutdown, which was in its 32nd day on Tuesday, he said: “Nobody thought it would last this long.”

“Talking to people in Washington, my sense is that both sides are looking for a way to resolve this relatively quickly because it’s beginning to hurt the U.S. economy,” the billionaire private-equity firm executive said. “Nobody knows exactly how to end it, but I do think in the next few days it should be over.”

Rubenstein’s firm is based in Washington, and he’s had a history of working in politics. In 1975, he was chief counsel to the U.S. Senate Judiciary Committee’s Subcommittee on Constitutional Amendments. During former President Jimmy Carter’s administration, Rubenstein was deputy assistant to the president for domestic policy.

Trade negotiations between the U.S. and China have been ongoing for months ever since both countries have started slapping billions of dollars of tariffs on a variety of goods. They have set a March 2 deadline in their cease-fire for imposition of a new round of tariffs.

The debate over the government shutdown has focused on President Donald Trump’s demand for $5.6 billion to build a wall along the border with Mexico. Democrats led by House Speaker Nancy Pelosi and Senate Minority Leader Chuck Schumer have stood firm in opposing Trump’s wall.

The president on Saturday proposed temporary protections for about 700,000 young immigrants in exchange for border wall funding, but Pelosi and Schumer have already rejected that proposal, with the Senate minority leader labeling the offer as “not a compromise but more hostage taking.”