US airports rally around unpaid TSA workers with offers of free food, services 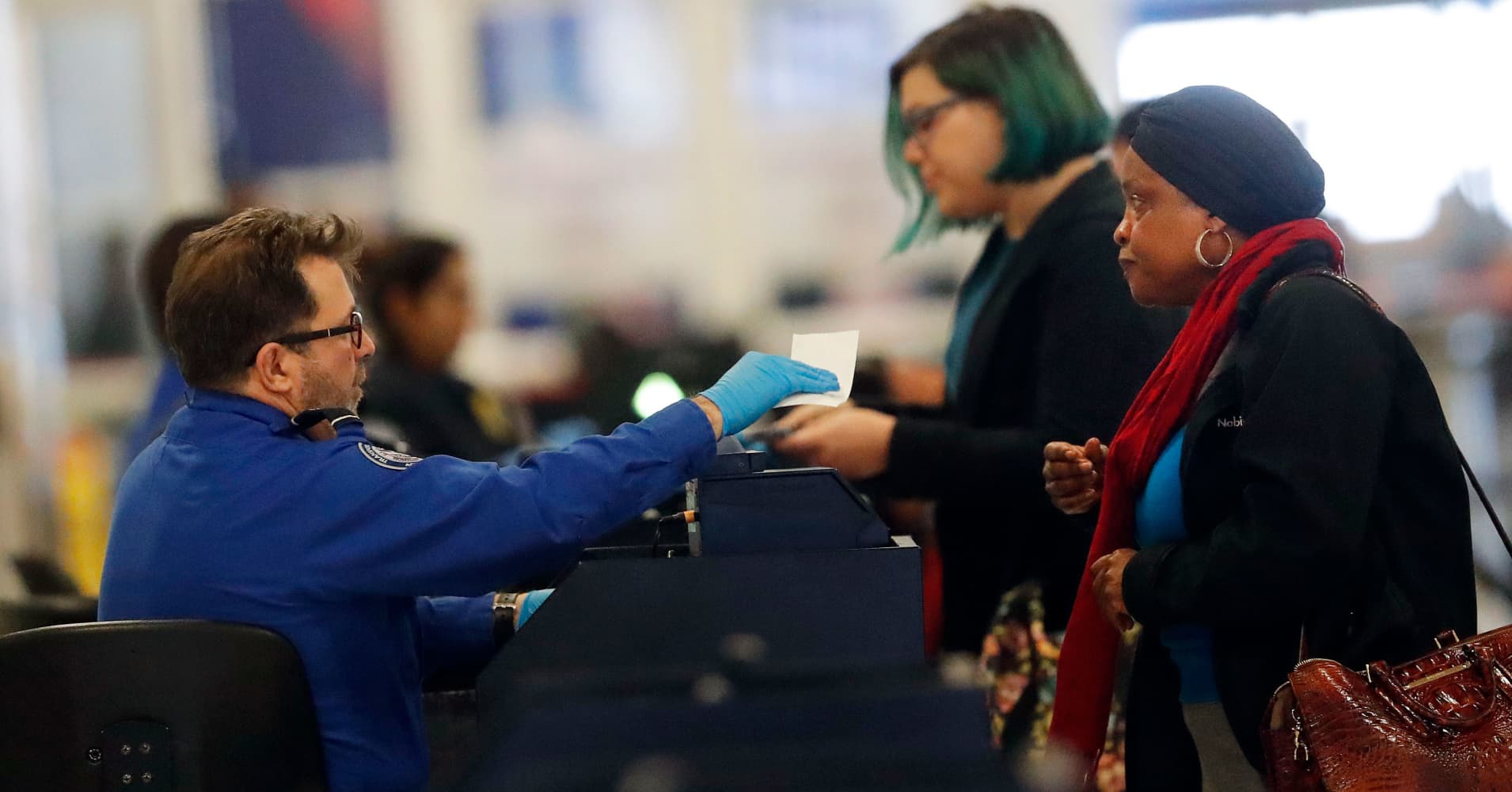 As the partial government shutdown slogs on, the Transportation Security Administration says an increasing number of its officers—who aren’t being paid during the furlough – are facing financial difficulties, with some not showing up for work.

TSA officers, air traffic controllers and other federal workers who have been showing up for work at airports aren’t getting paychecks. Yet across the country, they are getting lots of love, food and offers of assistance from a range of service providers and the general public.

At least so far, passengers aren’t feeling the strain. The agency says security checkpoint wait times at most of the nation’s largest airports remain within TSA’s normal wait times of 30 minutes for standard lanes and 10 minutes for TSA Precheck lanes. The time passengers had to wait to pass through the checkpoints at Atlanta, Denver, Newark, Seattle and other airports exceeded those times on Friday.

Meanwhile, TSA staffers working without pay are struggling, which is prompting people around the country to rally behind them. At Bellingham International Airport in Washington, about 20 miles from the Canadian border, budget airline Allegiant Air provided pizza for TSA workers on Thursday.

In Las Vegas, Nevada Governor Steve Sisolak visited with TSA workers at McCarran International Airport to express his appreciation for their service and commitment to the airport and to the community. He, too, came with hot pizzas in tow.

Of course, TSA and FAA employees working without paychecks can’t live by pizza alone. Enter Seattle Tacoma International Airport, where donations of non-perishable food and gifts cards are being collected and distributed daily.

“We are proud to step in and help our hard-working neighbors get through this uncertain time and support their financial needs,” said Washington Federal president and CEO Brent J. Beardall in a statement, “We hope other financial institutions will do the same.”

And in San Jose, California, the City Council this week endorsed Mayor Sam Liccardo’s proposal to set up a no-interest short-term loan program for many of the 500 federal employees who have been working at Mineta San Jose International Airport without pay.

The program, which may be funded through airport revenues and administered in partnership with one or more financial institutions, proposes loans equal to monthly take-home pay for FAA air traffic controllers, TSA workers and officers working for Customs and Border Protection (CBP).

“We are going to do everything in our power to keep political dysfunction in Washington from creating service disruptions or safety issues here in San Jose,” said Liccardo. Citing the local airport’s integral role in the local economy, Liccardo added that the incentives were needed to “help keep these essential workers on the job.”

With no end in sight to the stalemate, airports around the country continue to gather and distribute donations for federal employees affected by the partial government shutdown.

At Orlando International Airport, there has been overwhelming response to a donation drive headed up by the Airline Management Council. On Thursday, the airline tweeted a short video of a room with tables piled high with everything from donated diapers to toilet paper and canned goods.

As the shutdown continues, airlines, airport concessionaires and other groups are stepping up with donations, discounts and support. This week, the main airports of both Albuquerque and St. Louis offered up free food and goodies to beleaguered TSA workers.

Disclaimer (varies based on content, section, category, etc.): News articles on this site may contain opinions of the author, and if opinion, may not necessarily reflect the views of the site itself nor the views of the owners of The Published Reporter. For more information on our editorial policies please view our editorial policies and guidelines section in addition to our fact checking policy and most importantly, our terms of service.

IMF: Downturn of World Economy “Less Dire” Than Expected, But There Is Still Work To…

Democratic Mayor Justin Taylor: Why Many Pennsylvanians Now Say “The…

Is China’s Coronavirus War A Form Of Terrorism?