FACT CHECK: Crisis Indeed; “More Americans WILL Die From Drugs This Year Than Were Killed In The Entire Vietnam War” 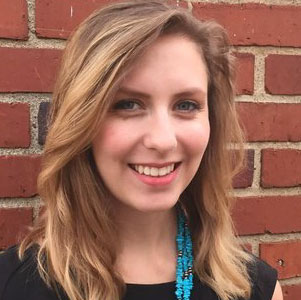 By Emily Larsen On Jan 10, 2019
Share
How To Register and Own Website Addresses (.com, .net, .org, etc) For Under $20/year. [REGISTER DOMAIN NAMES]
To comply with FTC regulations, all links could lead to commissions paid to the publisher. Please see Advertising Disclosure in sidebar.

WASHINGTON – “More Americans will die from drugs this year than were killed in the entire Vietnam War,” President Donald Trump said in his address to the nation on border security Tuesday night.

Recent trends in overdose deaths suggest that more people in the U.S. will die from overdoses this year than Americans killed in the Vietnam War. Around 58,000 service members died in the war, while there were about 70,000 overdose deaths in 2017.

Trump cited drug deaths while highlighting problems caused by drugs coming across the southern border. “Our southern border is a pipeline for vast quantities of illegal drugs, including meth, heroin, cocaine and fentanyl,” he said.

The National Archives count 58,220 U.S. military personnel who died in the Vietnam War, according to records gathered in 2008. Another 1,592 were unaccounted for as of October 2018. The Vietnam War memorial wall listed 58,318 names in May 2017, including 16 clergy members and 120 individuals who listed foreign countries as their home.

Centers for Disease Control and Prevention (CDC) data on overdose deaths show that more people in the U.S. died annually from drug overdoses in the last few years than during the entire Vietnam War.

Provisional CDC data suggests that there might be a slight downturn in the number of overdose deaths, but the most recent one-year figures still surpassed Vietnam War fatalities. It predicted 70,580 overdose deaths for the 12-month period ending in May 2018, but had 67,616 reported deaths reported for that period.

“The seemingly relentless trend of rising overdose deaths seems to be finally bending in the right direction,” Health and Human Services Secretary Alex Azar said of the preliminary data at a health care conference in October, Politico reported. “We are so far from the end of the epidemic, but we are perhaps at the end of the beginning.”

Disclaimer (varies based on content, section, category, etc.): News articles on this site may contain opinions of the author, and if opinion, may not necessarily reflect the views of the site itself nor the views of the owners of The Published Reporter. For more information on our editorial policies please view our editorial policies and guidelines section in addition to our fact checking policy and most importantly, our terms of service. All links on this site could lead to commissions paid to the publisher. Please see Advertising Disclosure in sidebar. Subscribe to Emily Larsen (via RSS)

Op-Ed: U.S. Is Not A Democracy, It’s The Worlds’ Oldest Written Constitutional…