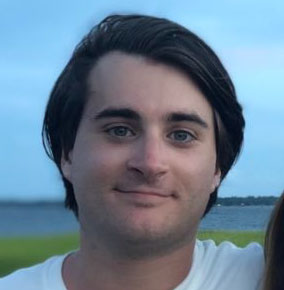 By Joe Simonson On Jan 3, 2019
Share
How To Register and Own Website Addresses (.com, .net, .org, etc) For Under $20/year. [REGISTER DOMAIN NAMES]
To comply with FTC regulations, all links could lead to commissions paid to the publisher. Please see Advertising Disclosure in sidebar.

WASHINGTON – At least two Democratic congressmen are making impeaching President Donald Trump a top priority for their party’s new majority in the House of Representatives.

At the time, White House Press Secretary Sarah Sanders called the impeachment filing “utterly and completely ridiculous and a political game at its worse.”

Sherman told the Los Angeles Times that “every day, Donald Trump shows leaving the White House would be good for our country” and that there “is no reason [impeachment] shouldn’t be before the Congress.”

Both Sherman and Green accuse the president of obstructing justice after he fired former FBI Director James Comey, which they say “prevented, obstructed and impeded” the investigation into the president’s former national security adviser Michael Flynn.

Democratic Speaker of the House Nancy Pelosi has not committed to impeaching the president and said in an interview Thursday with NBC’s “Today” that “We have to wait and see what happens with the Mueller report.”

Joe Simonson is an investigative journalist for independent news and media organizations in the US. He also contributes to the National Review, The Spectator, The American Conservative and the Daily Caller News Foundation.

Disclaimer (varies based on content, section, category, etc.): News articles on this site may contain opinions of the author, and if opinion, may not necessarily reflect the views of the site itself nor the views of the owners of The Published Reporter. For more information on our editorial policies please view our editorial policies and guidelines section in addition to our fact checking policy and most importantly, our terms of service. All links on this site could lead to commissions paid to the publisher. Please see Advertising Disclosure in sidebar. Subscribe to Joe Simonson (via RSS)

Op-Ed: Is Czar Gavin Newsom Vying for a Seat at the Right Hand of Wanna-Be Dictator…

Op-Ed: America in Name Only; Between Nov 3rd, And Jan 6th, We Went Through A “Color…